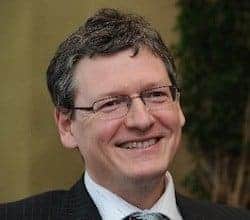 The EU is slowly recovering from a long period of financial instability and economic sacrifice that has pushed up unemployment to record-high levels and also resulted in a dramatic rise of poverty in the more ‘peripheral’ EU countries and regions. Exiting the social crisis and making the European social model more resilient will remain a major task in the coming years.

But how to build solidarity in Europe at a time of legislative fatigue and growing welfare chauvinism? How to restore the material base of the national welfare states and ensure the integrity of employment and social standards?

The ‘streets’ of stronger employment and social standards

Europe’s social acquis allows for incremental amendments and requires occasional maintenance. Significant innovations are also possible, as evidenced by the Council recommendation on establishing a Youth Guarantee. In this vein, the functioning of the Single Market and EMU could be improved by new ‘social standards’ (applicable across the Union) or ‘national social floors’ (with levels adapted per country).

For example, agreement could be sought on a guaranteed wage floor in each country, based upon a coordinated approach towards minimum wages at EU level and ensuring that the levels are set above the poverty threshold and represent decent pay for the work undertaken. Guaranteed national minimum wages would help sustain internal demand while also improving the situation of posted workers and helping to fight social dumping.

Second, a guaranteed minimum income (at different levels per country) could be an effective way of ensuring adequate income support and fighting poverty while providing for activation incentives where relevant. Such a ‘national social floor’ would also indirectly define the minimum performance expected from national automatic fiscal stabilisers in times of economic crisis.

Thirdly, the period during which jobseekers can export national unemployment benefits to another Member State could be extended from the current minimum of 3 months to 6 months. This would increase unemployed people’s chances to fill labour shortages in other Member States.

The ‘avenue’ of social economy, social entrepreneurship and impact investment

More can be done to help European companies to adapt their business models towards better social and environmental impact. First, employee share ownership and other forms of employees’ financial participation in their companies could be promoted in order to broaden capital ownership. European legislation and related practical tools could be particularly useful in promoting employee co-ownership of companies operating in more than one national jurisdiction.

Second, the EU could further promote the application of metrics that evaluate companies’ social and environmental impact: many useful methodologies and reporting standards exist and the challenge now is to work with the financial sector to promote their wide use.

Third, cooperation and learning between social enterprises across countries could be strengthened, also with support from EU funds. A lot will also depend on what use national and regional authorities make of their Structural Fund allocations and whether they develop financial instruments that can support start-up and development of social enterprises (and continue to develop such instruments for microfinance).

The ‘highway’ of automatic fiscal stabilisers at the EMU level

The recent financial crisis caused such a great social damage primarily because of the inherent bias of the current model of the monetary union for internal devaluation at the time of crises. The Maastricht model of the EMU was not sufficiently “Economic”, and it is definitely not “Social”. There is a need for automatic fiscal stabilisers at the level of the EMU, and the mandate of the ECB could also be considered by elected political leaders.

A basic European unemployment insurance scheme, serving to partially pool the fiscal costs of cyclical unemployment, would be in my view the best possible automatic stabiliser at the EMU level because it makes a direct link between reducing imbalances in growth and helping the innocent victims of recessions and financial crises. It would help uphold aggregate demand during asymmetric cyclical downturns and provide a safety net to national welfare systems.

The European Commission has been exploring the topic since 2012, and Professor Sebastian Dullien has undertaken some pioneering work in this area. The Dullien model is about creating a commonly funded core of unemployment insurance among eurozone countries, while leaving possible top-ups and extensions for the Member States. This common core that responds to cyclical as opposed to structural unemployment would be sufficient to protect domestic demand and welfare of the newly unemployed in countries experiencing a downturn.

A fair, rules-based and predictable transfer mechanism at the EMU level will have to be acceptable also for the ‘surplus countries’, in order to stabilise the single currency. Adopting an insurance model will increase the chance of agreement, whenever the political debate on this question takes place.

I am convinced that the idea of a basic European unemployment insurance scheme is not wishful thinking but ‘thoughtful wishing’. This is the highway that would lead us to a more resilient economic model with higher level of social cohesion.