If we look at what kinds of jobs have expanded most in recent years, we can split European countries into two: those that experienced job polarization (with ‘good’ and ‘bad’ jobs growing, and the middling type shrinking relatively) and those that experienced upgrading (with a relative expansion of ‘good’ jobs). These patterns can be traced back to the 1970s.

Some argue that technical change and international trade are hollowing out the occupational structures of European economies, destroying mid-skilled industrial and services occupations that traditionally formed the core of the middle class. Others argue that, on the contrary, the information revolution is driving an unprecedented expansion of demand for highly skilled labour that educational systems are struggling to cope with. And yet others argue that recent labour market deregulation in a context of economic stagnation produces an anaemic labour market that can only create low-paid jobs. Which of these claims is closer to the truth?

Our own work for Eurofound´s European Jobs Monitor (for a list of publications see here) shows that all of those claims can be partially valid. In short, in recent years there has been quite a significant diversity in the patterns of occupational change in Europe (see figure 1), which we can summarize in the following two points. 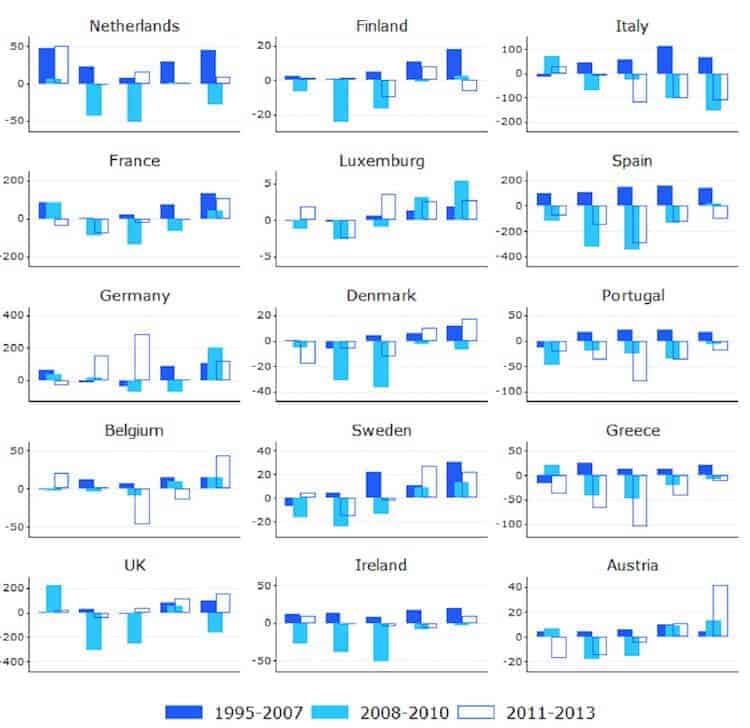 A problem with the evidence discussed so far is that it covers the whole of Europe but only for a relatively short period of time, coinciding with a single business cycle (of boom between 1995 and 2007, and bust afterwards). Eurostat´s harmonised European datasets do not allow one to go back further than that. For that reason, in the latest annual report of the European Jobs Monitor, we have teamed up with a group of researchers around Europe to extend the analysis all the way back to the 1970s drawing upon national data from the UK, Germany, Sweden and Spain, and using exactly the same approach and methodology as in our earlier work. 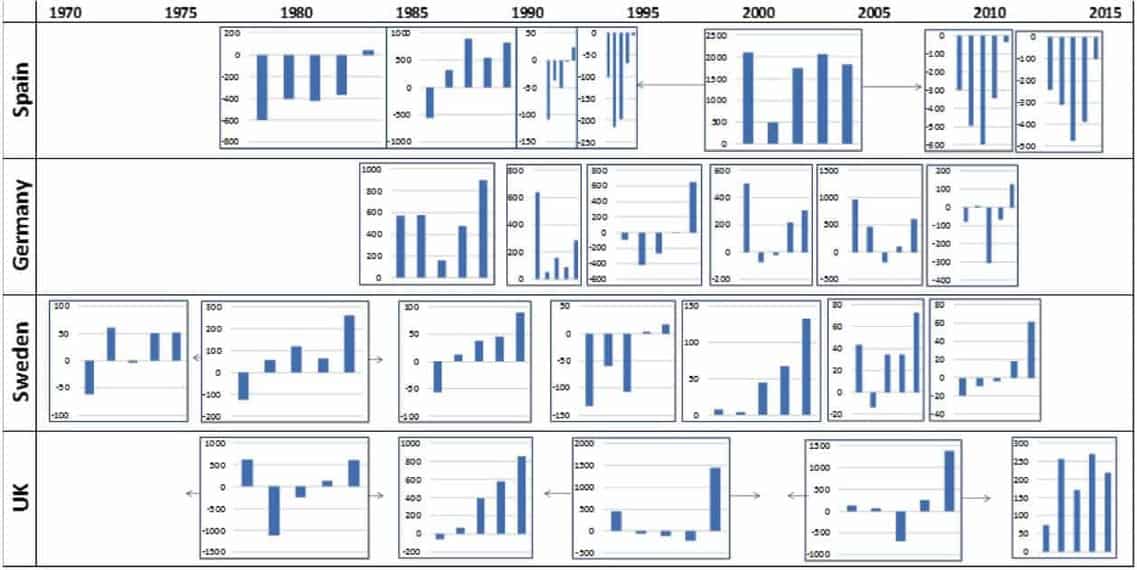 Figure 2: Absolute change in employment across job-wage quintiles in 4 European countries, 1970-2014 (thousands). The arrow lines indicate the periods represented by each chart.

Perhaps the most striking finding of this expanded scope of our analysis (see figure 2) is the consistency of the patterns of occupational change over time in the different countries:

These long-term results reinforce the idea of diversity and institutional embeddedness of the patterns of occupational change in Europe. Each country requires its own-context specific explanation: no single factor can account for what happened in all countries.

The implication for policy is that there is no inescapable trend in occupational developments. The pervasive forces of technical change or international trade do not necessarily polarise or upgrade occupational structures: different policies and contexts can significantly alter their effect. And as in many other areas, the Scandinavian countries provide the most attractive example.

This blog post is based on research carried out by the author jointly with John Hurley and other researchers for Eurofound. The full report can be downloaded here.