When intellectual and moral arguments align, the global climate can change quickly. That’s what’s happening with the US tax debate. 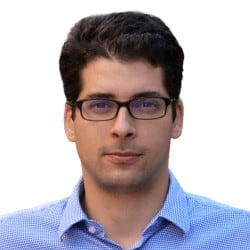 Policy proposals by lawmakers in the United States have spurred a hotly contested debate on taxation among economists in recent weeks. The Democratic congresswoman Alexandria Ocasio-Cortez argued that the US needed to raise additional revenue by going back to marginal top-income tax rates of up to 70 per cent to fund social programmes and a Green New Deal, while the Massachusetts senator Elizabeth Warren proposed a wealth tax of up to 3 per cent on the richest. While opponents and some commentators have deemed such proposals radical or ideological, both are buttressed by economic research. Economists largely seem to agree on some basic facts: inequality within the US has been rising and the benefits of growth have accrued largely to the top 1 per cent, while the real incomes of what in America is called the middle class have stagnated over the past three decades. There is also consensus that the progressivity of the income-tax system has been eroded in many countries since 1980 and that wealth is currently much more unequally distributed than income. 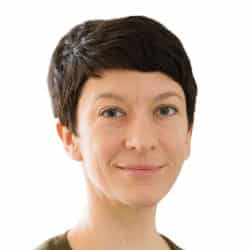 The recent economic debate has thus revolved around whether higher taxes on top incomes or for very wealthy people should be deployed to counteract these trends. American progressives argue that higher revenues are needed if the US aspires to become more like the role-model European welfare state, with more inclusive social systems and better public services, financed by top marginal income-tax rates of above 40 per cent (in most EU countries) and/or some form of wealth tax. While some have misrepresented these ideas, they would only burden very wealthy individuals. For instance, very high marginal income taxes would be levied only on the part of income exceeding some threshold—in the case of Ocasio-Cortez’ proposal $10 million annually.

Besides sharing the tax burden, a progressive tax system is based on the concept of diminishing marginal utility of income, one of the cornerstones of classical economic thought: an additional dollar is worth more to a person on a $500 monthly salary than to somebody with an income of, say, $500,000 a month. Furthermore, the Haavelmo theorem suggests that a revenue-neutral tax reform, combining a tax increase at the top with tax reduction for low-income groups—which have a high marginal propensity to consume and thus spur demand—can benefit growth.

Of course, there is a long tradition of economic thought cautioning against increasing income-tax rates too much—mostly based on the notion that higher taxation negatively affects work and productivity by disincentivising work effort. Optimal taxation theory, building largely on the work of the Nobel prize winner James Mirrlees, has tried to operationalise these disincentive effects and calculate an optimal rate of taxation, given the estimated impacts of higher tax rates on after-tax incomes. Emmanuel Saez (Berkeley) and another Nobel laureate, Peter Diamond (MIT), find that for the US such an optimal top tax rate would be around 70 per cent, while the Berkeley professors Christina Romer and David Romer suggest 80 per cent. But there are critiques as well: Greg Mankiw of Harvard and co-authors reach an opposing conclusion in their overview of the literature.

There is also some theoretical pessimism around this approach, as the estimates require authors to make choices regarding so-called social-welfare functions—the amount of inequality or equality a society prefers. Further arguments include the effects of high taxes on innovation, although it is hard to disentangle monetary rewards from other influences on the motivation of inventors. While two recent studies have argued that indeed innovation will be lower due to high taxation, a new paper by Raj Chetty and co-authors disagrees with this result.

What, then, do economists think about whether taxation should be redistributive? In a much-discussed recent op ed, Gabriel Zucman and Saez argue that the goal of high income taxes is not solely revenue maximisation but also reduction of inequality to protect a market economy from turning into a plutocracy. Mankiw has called this rather a political, not an economic argument, revolving around the idea that the ultra-rich are a problem to society. And indeed, the question whether exorbitant wealth is a political and democratic problem may be for voters to decide.

But there are good reasons to think that excessive inequality can have direct, negative economic effects. Some recent research indicates that it can present a drag on aggregate demand and thus on growth. Studies by the International Monetary Fund have suggested that too high inequality can present a danger to the sustainability of growth. And Raghuram Rajan famously argued that inequality endangers financial stability, by pushing low-income households to take out excessive credit. Furthermore, research in political economy has tried to get a handle—however imperfect—on whether rising inequality has had an impact on democratic processes.

Wealth today is even more concentrated than income. Warren consequently suggests a 2 per cent annual tax on individuals with assets in excess of $50 million and an additional 1 per cent on wealth in excess of $1 billion. This is not unlike wealth taxes in countries such as Norway and France—albeit such taxation has been cut back in France, which Thomas Piketty has called ‘a serious moral, economic and historical mistake’. There are sound theoretical reasons for a wealth tax to mitigate the concentration of wealth at the top, especially if it is due to a rise in monopolistic power or rent-seeking. The main disagreements in the debate among economists regarding wealth tax appear to be administrative.

Saez and Zucman have supported Warren’s proposal, estimating that it would only apply to 75,000 households but would generate an estimated revenue of $2.75 trillion over the next decade. This discounts a 15 per cent evasion. Based on evidence from countries with a wealth tax, such as Denmark and Sweden, they argue that evasion would not be this high (nor disincentive effects) if the tax were properly designed. In particular, it would have to include all possible assets without exemptions.

Others are less sanguine regarding evasion. Wojciech Kopzcuk (Columbia University) points out that, with this kind of tax, ultra-wealthy families may just distribute their wealth among themselves to come under the individual threshold or move their wealth into assets ostensibly harder to value. Undoubtedly, tax evasion by high-net-worth individuals is a worldwide issue but economists seem to differ in their assessment of government capacities to limit it. Whereas a study by Jonathan Gruber (MIT) and co-authors found significant reactions in Switzerland when a differentiated wealth tax was introduced, Saez and Zucman argue that the methodology of this survey overestimated such responses.

The Warren proposal, in fact, goes to unusual lengths in preventing circumvention by suggesting an exit tax of 40 per cent on high-net-worth individuals renouncing US citizenship. Here, again, the main question appears to be one of public perception. The more Americans are aware of, and concerned by, the fact that the wealth share of the top 0.1 per cent has risen from 7 per cent to 20 per cent of total wealth throughout the past decades, the more willing they will be to invest in solving technical issues of enforceability.

The debate around taxation in the 21st century has progressed substantially. Key insights are that there may be complementarities between efficiency and equity, and that a well-functioning economy not only rewards effort justly but also ensures appropriate contributions to common goods. There is less consensus on other aspects, such as the right size of the welfare state, whether taxes should redistribute and administrative issue surrounding wealth taxes. But there is no doubt that the proposals by Ocasio-Cortez and Warren have propelled the discussion.

Democracy benefits from debate—this is where the current discussion in the US has wider relevance. Remarkably, recent polling mainly finds that most Americans indeed support higher taxes for the rich, on income and wealth—with even close to half of Republican supporters backing Ocasio-Cortez’ scheme. If implemented and designed properly, such proposals for progressive taxation, which take rising income inequality and overaccumulation of wealth seriously, can start an important debate based on an economic rationale, rather than purely political divisions.