The vast numbers drowning invisibly in the Mediterranean have evoked little European sympathy. Redefining this tragedy as the migrants genocide might bring a shock. 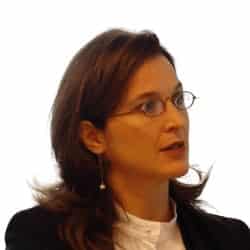 In 40 years from now what we define as the ‘migration crisis’ in Europe will be reported in history books as the migrants genocide. The migrants genocide of the early XXI century unveils the banality of democracy and its supposed norms, principles, values and institutions.

The violence committed by non-democratic regimes could be explained by their intrinsic oppression. In periods of huge instability, tyranny and violence, during which people claimed they were following laws and orders in perpetrating crimes against humanity, one would not excuse a genocide but rather contextualise it. The banality of evil in tyranny was however nothing compared to the banality of evil which democratic regimes allowed during the migrants genocide.

The migrants genocide is a case study because, unlike most other instances, Europeans were not obliged to participate in that crime, as they represented the richest and most privileged people in the world—politically, socially and economically. Europeans weighed the price of becoming active citizens vis-à-vis the benefits of being passive consumers and they opted for the latter.

European governments claimed they could not allow the migrants to enter their borders as there were not enough resources to take care of them. Data reported by media, governments, politicians were scary. Data were however misrepresented and manipulated. It’s easy to lie with statistics; they even wrote books about it. Europe was a rich continent at the time but the mainstream narrative argued that to preserve the wealth accumulated—after centuries of colonial rule, technological innovation, imperialism and globalisation—it was better to build walls rather than bridges.

Yet the migrants genocide was also one of the reasons for the internal disintegration of the European Union (EU), since the union closed its eyes, its borders and its wallet, allowing the genocide to proceed smoothly. This was necessary, it was said, to preserve what was left of the idea of Europe … but, of course, this accelerated the dissolution of the EU.

Huge fights took place among European governments to ascertain who should open their harbours and borders to allow boats with just 20, 30 or even 200 people to reach their shores. Billions of euro were given to dictators in the EU’s neighbourhood to keep migrants from entering. The EU at the time was still composed of 28 member countries, counting half a billion people and an average GDP per capita among the highest in the world.

Globalisation and nationalism were used alternately to justify whatever was more convenient to justify. Europe was trying to recover after a terrible global financial and economic crisis, it was said. People were angry with their own governments, since the fairy tales they had been told in the previous three decades regarding the benefits of the neoliberal recipes were responsible for the worst global crisis since 1929. Inequality was rising in the world, so that the richest 1 per cent owned half of global wealth. Those in power could take responsibility for the failure of their recipes by making things more equal or they could find someone who could take the blame.

European governments found a perfect scapegoat—migrants. Governments portrayed themselves as the knights who would defend the people from the assault of migrants, who would challenge their standard of living, jobs, families and identity (whatever that was). Otherwise pious Europeans could grab their axes and rise against those who were purported to be provoking the economic crisis which was putting them on their knees—while allowing a few to get richer and richer.

However complex and ideal democratic systems might be, there is nothing in the institutional framework to prevent the sliding down into a non-democratic regime. What European democratic regimes lacked at the time of the migrants genocide was a European demos and strong civil societies able to resist manipulation—thereby falling into the nationalist trap, projecting their fear and anger on to the vulnerable (migrants) instead of the mighty (those in power).

There were no Europeans in the EU in the early XXI century: there were only French, Dutch, Italians, Germans and so on. No protests obliged governments to repeal ‘security laws’ supposedly passed to protect the ‘national interest’. Except for a few actors—courageous reporters, mayors, NGOs—‘civil society’ at the time was silent, if not itself kindling the fire of hatred and violence which culminated in the migrants genocide.

The silence is what needs to be explained. The question is not about those who actively supported and promoted the propaganda and the laws necessary to perpetrate the migrants genocide. Blaming the bad guys does not explain why the supposedly good ones followed suit.

‘Civil society’ in Europe—the élite, the middle-income stratum, the working class and the unemployed—had a common denominator: they were consumers, inside and outside, not citizens. Of course, consumers were divided between those at the top and those at the bottom of the pyramid but neither would defend existing fundamental rights.

In the consumerist mentality, one worries about rights only for the benefits one is supposed to receive from them, not for the sake of defending the principle—that is a net cost. European consumers defended what they believed to be their own interests, with no collective idea or responsibility, as if such defensive micro-conceptions could preserve them from extinction.

Consumerism and individualism produced lonely and powerless people who thought that, even if something bad was happening to someone else, they were still safe. On a macro-scale, this was the perfect recipe to eliminate the pressure which the public could have exercised.