Raising wage floors is one way to reduce inequality and stimulate recovery in Europe. A big uplift in the Spanish minimum wage this year provides a test bed. 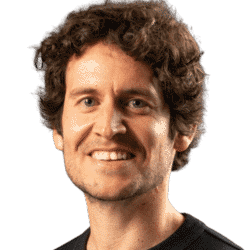 The Socialist-led Spanish government which emerged last summer approved by the end of 2018 a hike in the statutory minimum wage. This was agreed with the left-wing Podemos party, as part of an attempt to secure the parliamentary support needed for the passing of the proposed 2019 budget—although failure to do so issued in the April election.

The new minimum wage came into force on January 1st, rising from 14 monthly payments of €735.90 per year to €900 for those in full-time employment. This entailed an increase of 22 per cent—the highest in more than four decades in Spain and the most significant among EU countries in 2019.

The elevation was framed as a tool to counterbalance the loss of purchasing power among those employees who had suffered the worst consequences of the economic crisis. Although there had been prior increases in 2017 and 2018, the rise implemented in 2019 constituted a more determined policy approach.

The crisis had a strong and protracted impact on the Spanish labour market. Real wages had progressed much less among those employees with the lowest wages during the boom and after the crisis they were worst hit—especially the lowest quintile, whose wages continued to decline until at least 2016 (Figure 1). 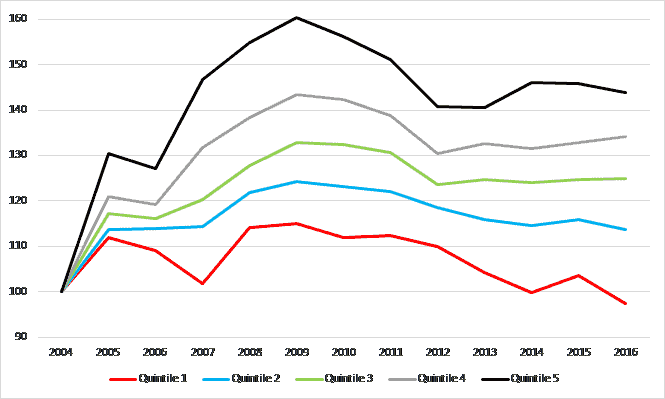 Is the Spanish statutory minimum wage high? It does not seem so even at its new level (Table 1). Spain ranks eighth among the 22 EU countries which implement a statutory minimum wage and would occupy a more intermediate position if those countries which do not were included—since they have relatively high wage floors negotiated by social partners.

Spain is at the bottom in terms of the proportion the minimum wage represents of the average wage. Apart from the fact that its minimum wage level is not high, this is explained by Spain being one of the EU countries where a smaller proportion of employees receive wages around the level of the statutory minimum wage, due to higher collectively-agreed minima in various sectors. Therefore, while the recent increase brings Spain more in line with other advanced EU economies, it does not directly affect large swaths of the workforce.

The impact of the new minimum wage on the wages of the different types of Spanish workers can only be estimated for now using prospective analysis, as done here using the latest available pan-European wage microdata (the 2017 wave of the EU-SILC survey). These show that in 2016 only 7 per cent of employees earned wages falling between the statutory minimum wages of 2018 and 2019. Since Spain had almost 16 million employees, this means approximately 1.13 million would have been directly affected by the 2019 rise (the Independent Authority for Fiscal Responsibility, using recent national statistical sources, estimated that 8 per cent of employees, around 1,2 million, would be affected).

Employees who are female, without university education, temporary, younger, in smaller companies and/or in trade, accommodation and food and commercial services should have been relatively more affected. Nevertheless, the impact is not confined to direct beneficiaries: there will likely be spillover effects for those earning higher wages, since the new minimum wage is used as a reference point in collective bargaining.

The Spanish government argued the new minimum would improve the wages of those employees who needed it most and, since lower-paid workers have a higher propensity to consume, would strengthen aggregate demand and economic growth. Critics, including the Spanish Central Bank and the conservative People’s Party, opposed the measure, claiming it would result in job losses by increasing the wage bill for employers.

According to classical economic theory, this may happen if the minimum is set too high, damaging precisely the less qualified and less productive workers it seeks to help. Nevertheless, the most recent empirical studies tend to agree that increases in minimum wages have not led to falls in overall employment, although some have identified small negative effects on the job prospects of certain workers such as the young or lower-skilled.

Two recent cases where significative negative employment effects have not emerged are the introduction of the statutory minimum wage in Germany in 2015 and the remarkable increases in the UK minimum wage in recent years. Nevertheless, the hike in the Spanish minimum wage is of a magnitude with few precedents across EU countries. It also differs from the German and UK examples in that in these two countries minimum wages are set in a predictable and transparent manner, with the full involvement of social partners and with a systematic monitoring of potential employment impacts by specific independent bodies.

In principle, it would be difficult to imagine significant employment effects of the new Spanish minimum wage, since the proportion of workers directly affected is small. In January, some already attributed to it a fall in the number of affiliations to the social security system, but January is an historically bad month for employment and trends were similar to those of previous years, while the levels of affiliation have been growing in succeeding months.

Only when detailed individual data become available will a robust empirical assessment of the impact be possible, especially on the employment prospects for certain groups of lower-skilled workers. For the moment, Spanish low-paid workers are certainly feeling the benefit of the minimum-wage uplift.