With the post-Maastricht fiscal rules in abeyance due to the pandemic, it’s time to address their fundamental flaws.

Last year’s annual report of the European Fiscal Board revived the debate on reform of the fiscal rules carved in the Maastricht treaty and the subsequent Stability and Growth Pact. They are flawed by two original sins.

First, ignoring the feedback of fiscal restriction on gross domestic product mechanically supports austerity, including when this is counterproductive. This was recently acknowledged even by Alesina, Favero and Giavazzi, who popularised the oxymoron ‘expansionary austerity’ and the bizarre ‘advantage of tying one’s hands’ in running monetary policy.

The second sin is that the rules apply to each single country in isolation. This ignores the spillover effects on other members of the European Union and the overall effect on the union as a whole.

Fortunately, the European Commission showed some penitence in suspending the fiscal rules during the pandemic. The result was a general improvement of the debt-to-GDP ratio forecast by the commission itself between 2021 and 2022, notwithstanding unprecedented budget deficits.

The European rules do not care for the contractionary effect on GDP of a public budget surplus because they implicitly set the fiscal multiplier—the impact on GDP of an increment of reduction in public spending—to zero or below. Yet engendering such a surplus by cutting spending will raise the debt-to-GDP ratio if this ratio exceeds the reciprocal of the multiplier, as demonstrated by DeLong and Summers. For instance, if the ratio is initially 100 per cent and the multiplier exceeds 1, it is apparent that a budget surplus will cut GDP more than it reduces debt.

Most scholars look at the real fiscal multiplier, which arguably ranges between 0.5 and 1, implying austerity would be counterproductive only if the debt-to-GDP ratio were very high. Yet that ratio is driven by the nominal multiplier—the change of nominal GDP for each euro of reduced (or increased) budget deficit.

This issue is not new. Blinder and Solow alluded to the difference between the nominal and the real multiplier in 1976, well before Maastricht, and the Office for Budget Responsibility of the United Kingdom raised the same point in 2015, following the sovereign-debt crisis.

It is easy to demonstrate that when the budget surplus is very small and the real multiplier is zero its nominal counterpart approximately equals the ratio of GDP to government spending, which is about 2 in developed countries. The table below clarifies this using a simulation.

In our exercise, public expenditure is initially set at 50 per cent of GDP and additional expenditure is not covered by tax. The real multiplier is zero, so that nominal GDP increases only because of inflation, not deficit spending. The inflation rate is assumed to be 1 per cent, which is quite low, while the interest rate on sovereign bonds is set implausibly high at 5 per cent. Primary public expenditure (net of interest on public debt) increases by 1 per cent due to inflation and interest paid is proportionate to the stock of debt.

Three initial debt stocks are considered: 40, 50 and 60 per cent of GDP respectively. The table reports the results of simulation after one year, when inflation has raised both GDP and primary government expenditure.

What if the real multiplier is zero (data as % of GDP)?

It is apparent that the resulting nominal multiplier is 2 under all the three scenarios, even though the real multiplier is set to zero. Increasing public spending raises the debt-to-GDP ratio if initially it is 40 per cent, leaves it unchanged at 50 per cent and reduces the ratio when it is 60 per cent.

The objective of keeping the debt-to-GDP ratio below 60 per cent—the notorious Maastricht limit—by curbing the budget deficit is thus recessionary. If the nominal multiplier is 2, it is easily verified that only a monster debt-to-GDP ratio—beyond 200 per cent—would strictly require fiscal austerity.

Of course, high debt has drawbacks, beginning with the difficulty of placing it on the financial market and its effects on income distribution: interest payment pumps resources from common taxpayers toward those holding sovereign bonds, including investment funds and rich households. Nevertheless, the Maastricht criteria seem unduly restrictive. European countries reduced their debts less than feasible and lost a large amount of GDP enforcing current fiscal rules.

The European fiscal rules also fail to consider the union as the single market, with its single currency, for which they were framed—disregarding the effects of national policies on the rest of Europe. Yet austerity in one country reduces domestic demand and so likely the GDP of the union, worsening the overall debt-to-GDP ratio of Europe and each member state.

Worse, a vicious circle may be set in train, of fiscal restrictions in every country to compensate its GDP slowdown for exports lost to others, which is fully counterproductive. House, Proebsting and Tesar measured the role played by this mechanism during the Great Recession. They estimated the overall output loss at about 18 per cent for the PIIGS (Portugal, Ireland, Italy, Greece and Spain) and 3 per cent for the other member states (including the ‘frugal’ countries).

In a consistent fiscal framework, the stance of the policy should be evaluated at the level of the EU, considered as if a single country. The required budget surplus or deficit should be assigned to member states considering their specific debt-to-GDP ratios. At union level also, the value of nominal and real multipliers could be taken into account to adjust overall and national policies during the different phases of the business cycle.

These simple—and not disruptive—suggestions should be taken into account in the revision of the fiscal rules after the pandemic. 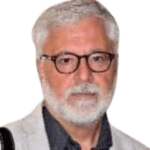 Enrico D’Elia is an economist who has worked, among others, for Eurostat as well as the Ministry of Finance, the Statistical Office and the Institute for Economic Analysis of Italy. He has written about a hundred papers on macroeconomics, behaviour of firms and households, inflation and economic forecasting. The views expressed here are entirely his own.