The strength of populism is its simple message that ‘the people’ are traduced by an ‘elite’ linked to ‘foreign’ interlopers. That’s also its weakness.

Edgar Allan Poe’s ‘The man of the crowd’ is a short and rather enigmatic tale. The American author describes a narrator intent on following for days an old man, who has attracted his curiosity, through an extremely crowded London. Yet the man is relentlessly searching for crowded places: at any hour of the day or night, from the poorer parts of the city to the wealthy neighbourhoods, he is looking for people in squares, theatres, markets, shops or any other meeting-places. Exhausted, the narrator gives up on his pursuit of the man who ‘refuses to be alone’.

Today’s populist leaders recall Poe’s character and his compelling addiction to the crowd. These ‘charismatic’ figures have developed great skill in interpreting—even anticipating—the moods, fears and frustrations of the portion of the electorate which they expand to ‘the people’ tout court.

In Italy, the leaders of the radical right are proving particularly adept at these ‘techniques’—making Italy in some ways, alongside countries such as Hungary and Poland, a laboratory at the European level for these illiberal dynamics. The Italian exemplars like to present themselves behind the fashionable façade of la destra sovranista (the sovereigntist right) or simply i sovranisti.

Giorgia Meloni, leader of the far-right Fratelli d’Italia (Brothers of Italy), has described this trait in her recent autobiography, Io sono Giorgia: Le mie radici, le miee idee (‘I am Giorgia: my roots, my ideas’):

I admit, I love grocery shopping. At the supermarket, if I don’t have time, but especially at the market, where you can find authenticity, quality, and the most amazing polling place you could ever hope to have. When I need to understand what people are thinking, I take a trip to the market to shop, yes, but mostly to listen.

A few pages later, however, Meloni recognises that Matteo Salvini, leader of the populist radical-right party la Lega (the League), is more talented in this particular activity: ‘He always knows how to interpret what people want, that’s his strength.’

Elected federal secretary of the then Lega Nord in late 2013, from 2018 onwards Salvini slowly overlapped it with a new party, the Lega Salvini Premier (or simply the League)—renouncing, at the least for the time being, the word ‘North’ and with it the issue of independence for the putative ‘Padania’. This masterful move saw the creation of a brand-new nationalist far-right party, arriving in late 2018 to hit 35 per cent in opinion polls, far from the 4 per cent attained by its predecessor in the 2013 general election.

If Salvini easily set aside the vexed question of northern secession to embrace a wide-ranging Italian nationalism, he has never worried much about such U-turns—being driven by a deep spirit of political entrepreneurship. The wide spectrum of relationships he has woven testifies to the extent of his dexterity, as well as his opportunism, in this regard. Uniquely in Europe, these networks range from ultraconservative religious movements to extreme-right political groups such as CasaPound—in whose newspaper, Il Primato Nazionale, it is often possible to read his praises—to the world of high finance and multinational corporations.

Salvini’s chameleon-style shape-shifting led him in 2018 to form a patto di governo (governmental pact) with the Five Stars Movement (M5S), a populist party of incoherent political leanings. In February this year, in another bold and unexpected move, he granted support to an executive led by Mario Draghi, former president of the European Central Bank, including the Democratic Party—for Salvini the very definition of the buonisti (do-gooders) and barconi (ugly slang for boats transporting refugees in the Mediterranean) he had scapegoated in his party’s 2019 European Parliament campaign.

Underneath the carapace of populism, not much of substance remains for Salvini’s League. The two, rather trivial, pillars sustaining the party consensus are a ‘flat tax’ and xenophobia. Sometimes it presses the former more, other times the latter—albeit more rarely since the pandemic, which has inevitably shifted media attention away from migration, at least for the time being. The flat tax, which would be set at 15 per cent of revenue up to to €100,000, is a real workhorse for Salvini, who has always pushed for it, in particular at the expense of the reddito di cittadinanza (citizenship income) advocated and implemented by his former executive colleagues in the M5S.

Fratelli d’Italia, with a much deeper and older ideological base in Italy’s postwar neo-fascist parties, has however been demonstrating how easily votes can be taken away from the League, when these two parties play on the same populist-radical-right and far-right ground. Competition for the leadership of Italy’s (centre)-right coalition is thus increasingly open.

Paradoxically, Salvini’s opportunistic and pragmatic populism, unhinged from any supporting ideological struts, may prove to be the Achilles’ heel for the leader of the League. It makes for a lot of tactics but no strategy.

It may work well for some time. But in the long run the contradictions will come to the surface—even for the most skilled ‘men of the crowd’. 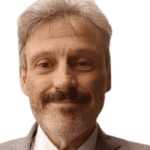 Vittorio Emanuele Parsi is an international relations professor and director of the Advanced School in Economics and International Relations (ASERI) at the Università Cattolica of Milan, author of Vulnerable: How the Pandemic Will Change the World and a columnist for Il Messaggero.