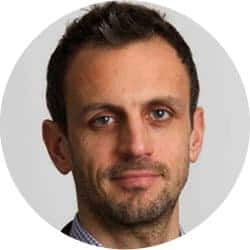 Climate change poses serious financial risks. Perhaps the biggest systemic risk is a disorderly transition to a low carbon economy. As noted in the Bank of Englandâ€™s â€˜response to Climate Changeâ€™, current forecasts suggest that to keep global average temperatures below 2 degrees, around two-thirds of current fossil reserves must be left in the ground. Companies with carbon-intensive business models are facing large potential losses since their activities and current market value rest upon the future extraction of what is, in effect, â€˜unburnable carbonâ€™.

Banks and other financial institutions which make loans to these companies may face higher than expected default rates and non-performing loans because a large part of these companiesâ€™ future income – needed to repay loans – is dependent on the use of these â€˜stranded assetsâ€™.

Although only a small percentage of banksâ€™ loans go directly to carbon-intensive industries (such as energy companies), transition risk might also affect a range of other industries such as transport, construction as well as households, to which banks are much more exposed.

For example, environmental taxes and regulations imposed on diesel cars could have a disastrous impact on car finance companies whose leasing models are dependent on the ability to sell on second hand cars at a reasonable value.

A recent attempt to conduct a â€˜climate change stress testâ€™ on Eurozone banks found their exposures to this wider range of sectors to be similar in size to their existing capital base.

Yet the main approach of central banks and financial regulators, ministries of finance and international bodies such as the Financial Stability Board to the problem of stranded assets has been to rely upon market-based solutions.

In particular, there have been major initiatives to encourage the voluntary disclosure of fossil fuel assets and exposures by both companies and financial institutions. The hope is that with better information, financial institutions will naturally adjust their investment and lending behavior away from carbon intensive activities, leading to a gradual fall in value of such assets.

Whilst better market information is to be welcomed, the financial crisis of 2007-08 made clear the danger of relying on the market and financial institutionsâ€™ ability to judge and price risk themselves.

This prompted central banks to take a new approach: â€˜macroprudential policyâ€™. This recognizes that market actors may be blind to certain forms of economy-wide systemic risk – including for example the build-up of mortgage debt and house prices relative to incomes. Regulators have a duty to step in when markets are becoming overheated and risk is not properly priced into asset prices.

In more colourful terms, central banks have a duty to â€˜take away the punchbowl as the party was getting out of controlâ€™.

The EU high level expert group on sustainable finance backed this idea in its recent interim report, arguing that a â€˜brown-penalisingâ€™ factor would â€˜yield a constellation in which risk and policy considerations go in the same directionâ€™ (p. 32).

Other options could involve quantitative caps on debt-financing of firms heavily dependent on carbon assets in line with a below 2 degrees temperature scenario; or some form of counter-cyclical measure, whereby capital requirements would be raised if lending to carbon-intensive sectors began to increase. All these tools are currently in use by a number of central banks to guard against excessive real estate exposures.

The most common argument against interventions of this type is that it is the job of the government, not the independent central bank, to impose policies to repress or support particular sectors of the economy.

Again, however, this seems inconsistent with macroprudential policy. In the aftermath of the financial crisis, independent central banks took on responsibility for interventions in the mortgage market precisely because it was felt politicians, ministries of finance and the market itself would find it harder to â€˜Take away the Punchbowlâ€™ given political pressures. For example, in countries where the majority of voters are home-owners or would like to become so, policies that restrict mortgage credit or reduce house price growth are likely to be highly unpopular.

The same issues apply to the problem of stranded assets. Politicians and ministers of finance are under enormous pressure not to regulate against large companies locked into unsustainable industries. The lobbying power of these organisations is evident in the still enormous subsidies they receive â€“ far outweighing the subsidies flowing in to renewable energy. There is, as with house prices, also pressure from voters. The introduction of a carbon tax for example would almost certainly push up the cost of the majority of householdâ€™s energy bills.

This is not to say that governments should not also be going much further much faster to address the risks from climate change. It is rather to say that central banks have a duty to take financial stability risk seriously, whatever sector of the economy it is coming from.

No doubt designing effective green macroprudential policy will be challenging and have some unintended side effects. But many pension companies and other long-term institutional investors are already developing sophisticated green investment strategies upon which central banks and regulators could build.

Ultimately, it is surely better to have imperfect regulatory frameworks that begin to steer finance in the right direction and deflate the carbon bubble than clean up what could be a very big financial mess after the event.