Citizens must have access to information to engage with the democratic life of the union, the European ombudsman argues.

Twenty years ago the European Union ushered in a far-reaching and progressive piece of legislation, soon known as the ‘transparency law’. While not perfect, it became a cornerstone of efforts to make EU institutions more accountable by giving concrete expression to the right of public access to their documents.

Over the years, this right was enshrined in the treaties while European case law further defined its scope. Two decades on, the law (Regulation 1040/2001) is well established and used by investigative journalists, interest groups and civil-society activists, businesses big and small and, not least, citizens themselves.

Today, however, it is reasonable to ask whether the law and the way it is implemented by EU institutions is fully in line with another of the public’s rights—the right to engage with the democratic life of the union.

To fully take part in any democracy, people need to be well-informed. At the very least, they need to know how important decisions are made, who made them and what the consequences will be. This requires not only modern legislation on access to documents but also a modern, and flexible, interpretation of that law.

My office experiences first-hand how the law is implemented in practice, as people can turn to the ombudsman when EU institutions refuse access to documents. Sometimes the institution is justified in its refusal—when release might upset ongoing negotiations or private data could be compromised. More often than not, however, the refusal relies on a narrow interpretation of the law, is too vague or there is simply such a delay in processing the request that the information sought becomes dated.

Modern communication methods have lent another aspect to this debate. The transparency law comes from a radically different era, predating smartphones and instant messaging, as well as the emergence of big data. People increasingly use instant messaging for work-related communication, but it is not clear that organisational culture and practices within the EU administration have caught up.

A recent complaint illustrated this. A journalist turned to my office after being refused access to text messages concerning a Covid-19 vaccine, sent by the European Commission president, Ursula von der Leyen, to the president of the pharmaceutical company Pfizer.

The commission said it had no record of such text messages. The inquiry—which continues—is allowing my office to look at what policy the commission has on work-related text messages and how it is implemented. My office is also looking at how other major EU institutions are dealing with this issue.

While text messaging is a relatively new and important part of this debate—and raises questions as to whether the law needs to be amended—the EU administration could introduce some changes straight away. It could simply decide to move toward more proactive transparency, or transparency by design.

Many of the current issues with public access to EU documents—be it inadequate document registers, staff unable to cope with requests for large amounts of documentation or delays in the system—are due to the fact that transparency is an afterthought.

If transparency is not a reflex within the culture of the EU administration—indeed any public administration—then the inclination to register all documents properly, with a view to publishing them on request, is absent. This means that every access request potentially initiates a time-consuming and labour-intensive process, whether the requested document is relatively straightforward—such as the minutes of a meeting—or more complex. This is poor administration from a transparency point of view but also in terms of efficiency and use of resources.

This matter is central to good governance. It is about keeping EU institutions accountable throughout the entire chain of decision-making.

As the EU grapples with economic recovery after the pandemic, the decisions it is taking are of profound importance for our future wellbeing. One of the main pointers towards the post-pandemic EU is the Recovery and Resilience Facility—a vast pot of money to be used to help member states recover from Covid-19 and move towards digital and green economies.

The effectiveness of this fund will depend on whether there is sufficient accountability about how and where the money is spent. My office has already received access-to-document complaints concerning how individual member states are planning to spend the funds and what pledges they have made. We have asked the commission to anticipate the high public interest in this issue and to start proactively providing information about the kind of documents it has.

While the recovery fund is currently of great interest, all major issues generate requests from citizens for more information—from decisions on the environment, through to those on finance and, as last year, on Covid-19 vaccines.

Unfortunately, transparency is not yet the default position in the EU administration. This means too much decision-making remains removed from citizens.

The most egregious example is the Council of the EU, where member states are represented. It remains extremely difficult, even for Brussels insiders, to find out what role a national government played in shaping a given piece of EU legislation. This leaves citizens in the rather incredible position of not officially knowing how their government negotiated, even on issues that are traditionally important to them—say Spain on fishing quotas, Poland on farm policy or Germany on data-protection laws.

This has allowed a ‘blame Brussels’ culture to flourish, with a feeling among the public that EU laws are something ‘done’ to them rather than their being agreed by their own ministers. Change is happening slowly but the ultimate goal—recording of government positions so that they are accessible to the public—has yet to be reached.

Understanding how policies and legislation are shaped is fundamental to trust in public administrations. The EU has a special responsibility to work hard at fostering this trust, as it can appear complex and distant.

To bridge this gap and to strengthen its own democratic legitimacy, the EU’s decision-making should be as transparent as possible. This includes rules on access to documents that are flexible yet robust—and fit for the times we live in. 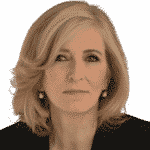 Emily O'Reilly is the European ombudsman.