Turkey’s Kurds have long faced oppression by the state. But they have come to be seen by the Erdoğan regime as the main obstacle to its untrammelled power. 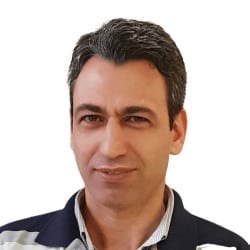 Against the background of Turkey’s affiliation to the European Court of Human Rights (ECHR), the European Union’s official recognition of its candidature for full membership at the Helsinki Summit in 1999 gave hope to Kurds concentrated in east and south-east Turkey that they would soon obtain political rights enabling them to represent their own regions and stimulate their culture and identity. Indeed, despite the continuation of the Turkish state’s customary denial of Kurdish realities, during the early years of the leadership of Recep Tayyip Erdoğan there was some alleviation of its treatment of the Kurds. Particularly since the June 2015 general election, however, Erdoğan’s government has returned to the old ways, clamping down on the Kurds, imprisoning their elected politicians and members of their People’s Democratic Party (HDP), notably its former leader, Selahattin Demirtaş, who has been jailed in the face of ECHR demands that he should be released.

Why did such militant antagonism towards the Kurds resurface just at the time when Turkey was on the verge of achieving a lasting peace with the Kurdistan Workers’ Party (PKK)? Part of the reason is that Erdoğan is manoeuvring to regain popularity among Turkish voters before the local elections in March. Being very conscious of Turkish sensitivity with regard to Türklük (‘Turkishness’) and devlet bekasi (state security), Erdoğan constantly implies that the HDP and Demirtaş are terrorists and traitors, accusing them of supporting the PKK. By creating enemies and then spreading fears that these enemies are attempting to destroy Turkish unity, he had previously achieved substantial voters’ support for the continuation of his ‘sultanate’, enabling him to reinforce his aim of a Sunni-based, nationalist, one-party-state system of autocratic militarist enforcement in Turkish politics. He has been consistent in trying to achieve this by touching on the Turkish electorate’s most sensitive nerves, Türklük and devlet bekasi.

But this is not the only reason for his severity. It can only be fully comprehended by seeing it in terms of resentment—an autocrat’s revenge—with the HDP the most direct object for punishment.

Erdoğan’s Justice and Development Party (AKP) won the 2002, 2007 and 2011 elections, holding a majority of seats for 13 years. This enabled him to minimise the impact of traditional opposition forces, including the military and Turkish ruling elites, the ‘Kemalists’ (followers of the founder of the Republic of Turkey, Mustafa Kemal Atatürk). To cement his vision of Atatürk’s Turkey, Erdoğan seeks absolute domination, and this can only be achieved by a presidential, rather than parliamentary, system.

But under the slogan ‘WE will not let you become president’, Demirtaş’ HDP almost succeeded in scuppering Erdoğan’s ambitions in the June 2015 general election, in which he lost his parliamentary majority. Although Erdoğan’s party has been successful in all recent elections, he has not forgotten his most hated and feared opponents—the HDP and its Kurdish voters, who had come so close to undermining his goal of autocratic rule. The HDP has not only played a key role in this respect but it has also opposed him on domestic policies (particularly regarding the Kurdish question) and his dangerous and unworkable foreign policies (regarding Syria for instance). Erdoğan has personalised all of this, and HDP members and sympathisers suffer the consequences.

Because the HDP obtained 13.2 per cent of the vote in 2015, thus becoming the third party in the Turkish parliament, Erdoğan determined that he would not risk its leader challenging him again in the presidential elections in June 2018. In November 2016, his government imprisoned Demirtaş, who faced up to 142 years in prison if convicted, accusing him of links to the PKK.

The Kurds’ turnout against Erdoğan’s leadership has resulted in a nightmare for their region. Although there is no direct evidence that state violence there during the last few years has occurred as a consequence of the rise in the Kurdish vote for the HDP, it is impossible to see as a coincidence that the brutality of the Turkish government has massively increased in the Kurdish region since voters there chose the party. Erdoğan’s vindictiveness was unlimited when the Turkish state, under the pretext of fighting the PKK, attacked Kurdish cities and towns in 2015, with thousands killed, displaced, bombed or burned out of their homes. As Sirri Sureyya Önder, a former HDP MP, put it in a 2016 Newroz speech in Diyarbakir, centre of the Kurdish region, ‘Kurds are scared to go into their homes’ (Önder is now in jail). In addition, Erdoğan’s government, with the support of the right-wing Turkish Nationalist Action Party (MHP), its congenital ally, has removed Kurdish mayors from their posts, most being imprisoned, and sent state trustees to replace them, ensuring that Kurds are not even represented on their local authorities.

Punishing Kurds and the HDP

The imprisonment of Demirtaş has become recognised throughout the world as symbolic of the way in which Erdoğan assaults opposition Kurds in Turkey. One of six candidates for the presidency, he ran his campaign from his cell in a high-security unit in Edirne (western Turkey), far from his home region. It was thus a very limited campaign, mainly restricted to tweets and statements though his lawyers.

Despite all this and Erdoğan’s propaganda against him, Demirtaş achieved a respectable result, again coming in third, with in the associated parliamentary elections his party securing 11.67 per cent of the vote, passing the 10 per cent threshold. But once Erdoğan took over the presidency in June 2018, he issued a directive whereby—under the pretext of alleged links to the PKK—many HDP MPs and members, and indeed voters, were jailed, while others were forced to take refuge overseas.

In November, when the ECHR (to which Turkey is a signatory) found that the judicial authorities had extended Demirtaş’ detention on grounds that could not be regarded as sufficient to justify its duration, Erdoğan simply declared that its rulings were not binding: ‘We will make a counter-move and finish the job.’ A Turkish court implemented Erdoğan’s will, and jailed Demirtaş for four years and eight months.

Undoubtedly, attacking the HDP will help to consolidate Erdoğan’s vote at the March local elections. But the offensive against the HDP is about far more than consolidating votes. It constitutes Erdoğan’s personal retaliation against, and punishment of, the HDP and Kurds in general for opposing his dream of absolute power—an approach which is however popular in Turkey, mainly because of Türklük and devlet bekasi.

Cemal Ozkahraman is currently a visiting scholar at the University of Cambridge, working on informal cross-border trade in the Syrian, Turkish and Iraqi ‘borderlands’ of Kurdistan in the middle east. He holds a PhD from the Institute of Arab and Islamic Studies, University of Exeter.