Amid political polarisation and declining democratic standards, can OECD and EU countries sustain the good governance challenges such as globalisation, social inequality and climate breakdown demand? 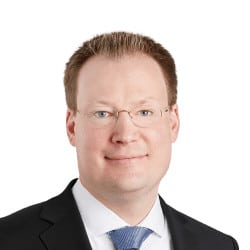 Eroding standards of democracy and growing political polarisation are severely hampering the implementation of sustainable reforms. This is one of the main findings in the Sustainable Governance Indicators (SGI) 2018 study by the Bertelsmann Foundation.

SGI is an international monitoring tool, which sheds light on the future viability of all 41 countries in the OECD and the European Union. On the basis of 140 indicators, we assess democratic standards, the quality of governance and reforms in the areas of economics, social affairs and the environment. More than 100 international experts are involved in our cross-national survey.

The most recent study highlights how waning standards of democracy and growing political polarisation hamper sustainable reform. Governments in countries including the United States, Hungary and Turkey are deliberately stoking social tensions rather than seeking consensus.

The report shows that the quality of democracy in many western industrial nations is waning, with democratic standards declining in 26 of the countries surveyed, compared with similar data from four years earlier. ‘Even within the OECD and the EU, the model of liberal democracy is subject to growing pressure—in some countries this means that even central democratic and constitutional standards such as media freedoms are already severely damaged or undermined,’ it finds.

Compounding this worrying trend, the study’s authors identify a simultaneous decline in the adequacy of governance, with many countries losing ground on key measures of good governance.

Analysed in terms of governance and the quality of policy outcomes, the Nordic countries, Switzerland and Germany continue to rank highest, although growing partisan polarisation threatens their progress on reforms.

In contrast, democracy and standards of governance have taken a big hit in Hungary, Poland, Mexico, Turkey and the United States. The world’s largest national economy slid nine places in 2018, in terms of democracy and quality of governance, while Poland plummeted 29 places regarding democratic standards.

These findings underline that the model of liberal democracy is also coming under increasing pressure in the OECD and the EU—and, in some countries, has already been heavily damaged.

In such countries as Poland, Hungary and Turkey, for instance, citizens’ trust in their government has grown even while democratic standards were sinking. Thus, fundamental democratic values don’t seem to be sufficiently anchored in the population’s political consciousness.

Meanwhile, with the rise of populist parties in almost all the countries, the cleft between ‘the left’ and ‘the right’ has increased—and a number of governments are seeking to entrench conflicts within their respective societies rather than solving them.

Our findings also show that in Hungary, Poland or Turkey, for example, those in power are deliberately circumventing legally established consultation procedures or excluding key actors in the decision-making process.

There has been a decline too in governments’ ability clearly to communicate their policies to citizens, as many find themselves increasingly caught in permanent election-campaign mode. Governments no longer explain their objectives coherently, and they lose their ability to build a consensus around facts.

In the end, the implementation and quality of long-term political solutions suffer—a worrying reality, given that polarisation looks set to continue for the foreseeable future.

Christof Schiller is project manager of the Bertelsmann Stiftung's Sustainable Governance Indicators (SGI) project. He is also an associate fellow of the Potsdam Center for Policy and Management.