Coal has been at the heart of the just-transition debate. Cars need to be central too.

For decades, the European vehicle industry was a guarantor of prosperity and economic development. Driving a car became a postwar symbol of progress. But times are changing, with petrol prices reaching records amid Russia’s aggression in Ukraine and climate-change goals requiring a fundamental shift away from high carbon emissions towards an eco-friendly transport system.

A 90 per cent reduction in transport-related greenhouse-gas emissions by 2050 has to be the target if the Paris Agreement is to be realised. The European Commission has recently called for a practical phase-out of the combustion engine by 2035, implying expansion of production and the infrastructure for electro-mobility and public transport. This requires a fundamental transformation of the car industry.

So far, vehicles have been overshadowed by coal in debates on just transition. This needs to change: 8.5 per cent of European jobs are related to the industry; 13.8 million people need to be taken into consideration. And not only workers are affected—industrial transformation brings with it the risk of destabilising whole regions and their economic ecosystems.

This regional gap is just one of four that need to be addressed through just-transition policies. It describes the risk of regional imbalances if new industries do not get established in the regions where the old ones disappear. The second is the skills gap, which describes a mismatch between the qualifications associated with the old jobs and the new jobs. The third is the timing gap, which arises when layoffs in the old industries and the creation of jobs in new ones do not dovetail. Finally, there is the attractiveness gap: the new jobs might be less attractive than the old ones.

Closing these gaps implicates industrial policies, regional development, active-labour-market programmes and social-protection schemes. Planning the transition must involve strong stakeholder participation and social dialogue, to ensure that anti-European and climate-sceptic attitudes do not prevail in regions where the vehicle industry is a key one.

Industrial policy is a pillar of a just transition, as it provides the foundation for new employment prospects. The European Green Deal has foregrounded the need for a green industrial policy but on that agenda a straightforward path for the transformation of the European vehicle industry has not been identified.

A more proactive strategy for managing the industrial transition would recognise this is not just about cars but the entire transport system. The goal should be an efficient, carbon-neutral system in Europe which reduces the remaining ecological impact of transport and does not shift the environmental damage to production sites outside Europe.

This agenda would be the counterpart to the existing strategy for smart and sustainable mobility. It would not only focus on transport systems but also develop the necessary industrial dimension. From a modal-shift perspective, the vehicle industry must shrink but its production facilities and workforce can be used to compensate for shortages in other transport industries, such as rail.

An important item on the political agenda must therefore be conversion strategies for the industry. As one trade unionist put it, ‘Why don’t we build vehicles for rail and public transport instead of individual cars?’

In the end, the success of transformation depends on its regional implementation. Yet the roll-out of industrial branches of e-mobility will be highly unevenly distributed. Most battery production sites are planned in western European countries—Germany dominates the list, with 12 sites. In comparison, central- and eastern-European countries account altogether just for six.

The European instrument to address imbalances is cohesion policy. Under this programme, the Just Transition Fund has been set up for carbon-intensive industries—which, however, does not include vehicles. Funding needs to be made available for the industry, on the conditions that there really is a financial need that cannot be covered by companies themselves (to avoid deadweight effects) and there is compliance with the overall plan for transport, broadening the scope of production and converting facilities towards other modes.

A study by the Boston Consulting Group concludes that some 2.4 million people in the industry in Europe will require dedicated training by 2030 in this transition: 1.6 million will just need reskilling within the same job profile, 610,000 will have to change their profiles slightly and 225,000 will need radical retraining for completely different profiles. These numbers could increase if we assume a more fundamental modal shift.

Reskilling within the industry should be organised and funded by big companies working together to prepare their staff for the transformation. Within these reskilling programmes, it is particularly important to integrate smaller suppliers. Furthermore, public funds are needed to set up reskilling programmes in other industries and create social-protection schemes, such as for early retirement and basic income during the transition.

Right-wing populism in Europe has been rising on a frightening scale in recent years. Its spokespeople often neglect the climate crisis, presenting it as a device to erode the living standards of vulnerable groups. This is exacerbated if citizens feel patronised by top-down approaches. Just-transition policies have to embrace strong participation and address the fears of different stakeholder groups.

Regional multistakeholder processes provide a mechanism but stakeholder participation must also take place at the European level, actively incorporating perspectives from central and eastern as well as western Europe. Only by taking these standpoints together is it possible to see the whole complex picture. Unions play an important role in shaping the transition: strong unions can advocate for employee participation in developing transition and retraining plans.

We are not talking merely about industries but personal biographies which can be disrupted. By seeing the vehicles industry as part of the broader mobility ecosystem, it will however be possible not only to close the gaps identified but also to ensure living conditions are improved, not diminished, in the transition. 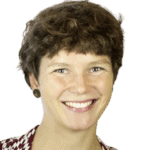 Sarah Mewes is a co-founder and managing director of NELA, Next Economy Lab, with expertise on just transition, post-growth economics and multistakeholder process management. 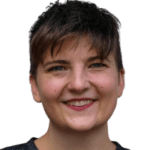 Gloria Koepke is a project assistant at NELA, Next Economy Lab. With an academic background in mathematics, economics and gender theory, she works on intersectional and emancipatory approaches for a just ecological transformation.