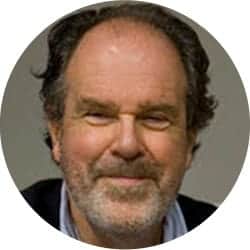 The largest question in democratic politics in Europe is: who’s in charge?

The issue was illuminated in the latest standoff in the European Parliament, where the body voted on Wednesday to sanction Hungary for its illiberal policies. And in Sweden, where the far-right did well enough in last Sunday’s election to ensure that its borders are tightened. And in Britain, where a preliminary accord on Brexit now seems nearer.

The ideals of a more united European Union demand clarity. A decision has to be made on whether or not a European federation, erasing sovereignty in participating nations, is desired, and by whom.

It had seemed easy before our times. Treaties – of Augsburg in 1555 and of Westphalia in 1648, arrived at after years of carnage – groped towards a principle that nation states were the natural order of international relations. The treaties didn’t stop wars or dismantle all empires, nor did they usher in an era of religious tolerance. But they meant that countries which could claim the allegiance of citizens within defined borders were the basic unit of power.

Who was in charge? Clearly the ruler – increasingly, as time went by, put in place by the will of the people. The older states, like Britain and France, were experienced in this. The newer creations, as Germany and Italy in the latter half of the 19th century, strove to catch up. In the 20th century, anti-imperialist momentum, promoted most of all by the United States, rolled on and created many new nations. Nation-statism became the prevailing world order.

But the greater carnage of World War Two and Nazism impelled a few thinkers and activists in devastated Europe to see nationalism not as a prophylactic against war, but as a prime cause of it. Economic interdependence and slow but steady integration of governments would take the place of the “balance of power” among states which had so clearly failed.

Power would no longer be precariously balanced, but unified in one pacific entity: a federal Europe, dedicated to peace, with contiguous nations joining on condition they observed the rules of the club: cooperation, democracy, equality, freedom of speech, the market and the press and respect for civil society. The values of Western liberalism, incarnate in a new kind of governing power – which had renounced the old kind of power.

However, a club has rules, borders which cannot be breached. Hungary, a member since 2004, was this week judged to have crossed them. A report by a Green Party member of the European Parliament from the Netherlands, Judith Sargentini, found that the Hungarian administration, led by the increasingly authoritarian Viktor Orban, had comprehensively violated the independence of the judiciary, the press and the academy, and had become massively corrupt. As a result, the parliament voted – for the first time in its history – to sanction Hungary by depriving it of voting rights in the EU’s Council of Ministers.

Orban, denouncing the move as one cooked up before the debate, was wholly defiant, saying that Hungary “will not accede to this blackmail.” It was, he said, an attack on the Hungarian state and people by countries that had allowed floods of migrants to enter Europe, and were trying to force Hungary to do the same.

The Orban confrontation dramatizes the issue: does a limited democratic association like the EU have the power to override an elected government like his own? Orban has excoriated the EU’s liberalism, above all its migrant policy, since his election in 2010. This year, with a strengthened mandate in the April election, and with the spreading support of patriotic-populist parties – in power in Poland and Italy, and gaining traction most recently in Sweden – he feels more and more able to voice a challenge to the EU.

Orban sees himself as upholding true Christian values, bearing the flame of a militant Christianity gone flabby in West European hands, and indifferent to, even encouraging of, an invasion of Europe by mainly Muslim immigrants. He will continue, and confidently – since the parliament’s vote to censure must be approved by the leaders of the 28 member states (including a still-Brexiting Britain), and there he has allies, above all in Poland and Italy, who can vote to veto it. 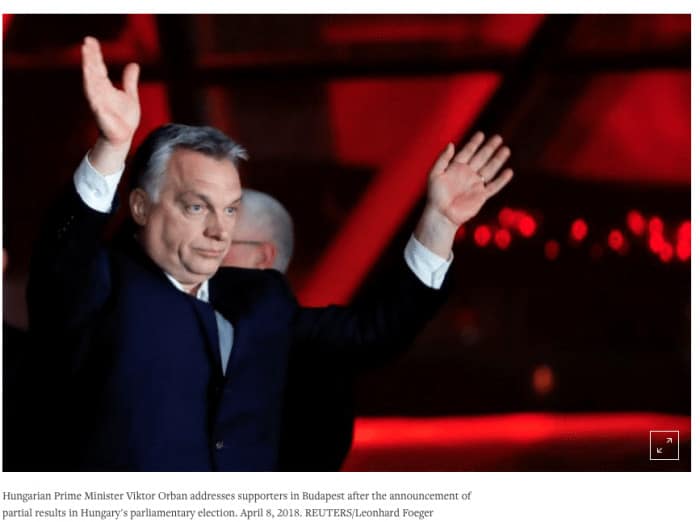 The Hungarian standoff has illuminated, cruelly but necessarily, the issue of authority.

The question is also one put before the Union by Emmanuel Macron, the leader most clearly opposed to the nationalist-populists. In pressing for a more robust advance to closer European integration, only the French president has put the issue squarely: who’s for federation? And who isn’t?

Macron’s fellow leaders had voted for a euro currency which was as much a mechanism for greater integration as a new means of exchange, agreeing to “ever closer Union” – while at the same time recoiling from a more strongly integrated banking and financial order which, the German governing center-right parties and the northern nations fear, would mean more irresponsibility from the southern countries.

Orban counts on these divisions. He sees the present strengthening of the nationalists, understands the reluctance of the Union to do more than make declarations, and meanwhile bides his time.

Macron, who has forced the pace and the need for a decision, has, however, also provided a third way between integration and the exit chosen by the United Kingdom. He has proposed a Europe of concentric circles, with an integrating core and increasingly weak adhesion to the Union in those states locating themselves in the spaces further from the center.

This is the way that should be taken: one which accommodates those countries that see the Union as an embryo state, and those which see it as a free trade arrangement with better inter-state cooperation on selected issues. Were it adopted, it would liberate the EU from its self-created dilemma – how to get the Union closer where many of the members wish to remain at a distance. They wish to do so because they wish to retain national sovereignty – as, it seems, the people who vote for them do. The nation state makes clear who is in charge; the European Union has deferred the issue to a future ideal state.

Orban grasps that one large truth, and has erected his semi-authoritarian rule upon it. Meanwhile, the Brits have chosen. The Hungarians, Poles and Italians have moved into the hostile camp. Others wish to remain ambiguous. But the time for ambiguity is running out.

First published as a Reuters Commentary and reproduced with the author’s permission.

John Lloyd is a contributing editor to the Financial Times, where he has been Labour Editor, Industrial Editor, East European Editor, and Moscow Bureau Chief.