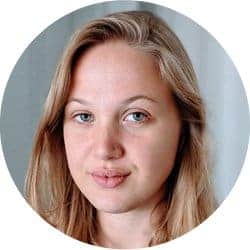 Sex trafficking is big business. The ILO estimates that global sex trafficking generates $99 billion in profits every year for traffickers. It’s an exploitation industry that has grown rapidly in the past few decades. Sex trafficking, as understood by the Coalition Against Trafficking in Women (CATW), is the trafficking in persons for “the recruitment and transportation, within and across borders, of a person for the purpose of sexual exploitation”. This sexual slavery is happening on our doorsteps, with Western European countries among the primary countries of demand. In 2002, the IMO found that 120,000 women and children were being trafficked for commercial sexual exploitation every year in Europe. Recent findings have shown that there were 20,800 victims of sex trafficking in 28 EU member states from 2010 to 2012.

The overwhelming majority (98% to be exact) of persons trafficked for sexual exploitation are females. This is because commercial sexual exploitation is demand-driven. Put simply, there is a sexual demand for women and girls from male sex buyers who want to pay as little as possible. Sex traffickers therefore provide sex buyers with a cheap, albeit highly exploitative, way to buy sex and sex buyers are, on the whole, not concerned with the enslavement of the person they are buying. Those most likely to be victims are vulnerable women and girls who can easily be ‘disappeared’. This makes those in poverty most likely to be trafficked. Often, women and girls in poverty are trafficked through deception. They’ll respond to a work advertisement in another country, travel to that country, have their documents taken from them and be forced into sexual slavery.

Vulnerability also comes in forms other than poverty. There is no better hunting ground for sex traffickers than a refugee camp. Refugees and migrants are the easiest people to disappear, making them particular targets for sex traffickers. 10,000 child migrants went missing in Europe in 2016 alone, many of whom are thought to have been trafficked for sexual exploitation. Children are sought out by traffickers as they fetch a higher price because sex buyers see them as ‘untouched’, ‘innocent’ and ‘pure’ and are willing to pay more for them. Sex traffickers are taking advantage of a globalised world, where the movement of goods, information and people has become more widespread. As Colette DeTroy, Director of the European Women’s Lobby on Violence Against Women, noted: “All over the world, women, sexuality and sexual services are considered good trade for people who have money”.

In Europe, the staggering growth of sex trafficking is partly attributed to the fall of the Soviet Union. Social and political instability, economic collapse and high levels of unemployment have led to thriving organised crime rings in Central and Eastern Europe which prey on young women and girls. Further sex trafficking routes into Europe have opened up from West Africa and other former European colonies. The top five countries with the highest rate of registered victims of sex trafficking are Romania, Bulgaria, Hungary, Poland and the Netherlands.

EUROPOL has concluded that the Netherlands tops the list because of its legalisation of prostitution. Legalisation has made the Netherlands a safe destination for sex traffickers as victims are sold into legal brothels. Indeed, this evaluation is backed by other experts who have found that, across 150 countries, states that legalise prostitution consistently have much higher rates of sex trafficking. After Germany legalised prostitution, it saw a sharp increasein human trafficking also. This legal model has led to the normalisation of prostitution, creating more demand and making it easier for traffickers to hide enslaved women and girls within the commercial sex industry.

In order to truly fight sex trafficking Europe must fight the demand. The essential idea is to hit traffickers where it hurts the most. Without demand there would be no supply. If you reduce the financial incentives for traffickers and increase the severity of risk, sex trafficking will decrease. Harvard professor and world-leading expert on sex trafficking, Siddharth Kara, suggests that we need to turn the “risk-reward economics” of sex trafficking on its head. The question is then what can be done to reduce demand. Currently, there is very little risk for sex traffickers who are hardly ever punished and who profit immensely.

Kara states that “the Nordic Model is in my mind the most effective model for eliminating sex trafficking”. It decriminalises any person who is selling sex but criminalises sex buyers and third parties (i.e. brothel owners). Adopted in Sweden, Norway and Iceland, the Nordic Model has been proven to reduce demand for buying sex, thereby reducing sex trafficking, as well as other forms of sexual exploitation. By reducing demand there are fewer financial incentives for sex traffickers and the country in question is seen as an unsafe destination by them. The ideal would be for all countries to adopt this law, making all countries unsafe destinations and reducing demand across the board.

Yet, a more holistic approach that goes beyond the law is needed. European countries should also follow Sweden’s example of creating the role of an anti-trafficking ambassador. Given the scale of human trafficking, especially sex trafficking, in Europe, an official position in government that focuses solely on trafficking is required. We should also be working to promote women’s rights, reduce poverty and tackle organised crime as a whole. There is no way that we can end sex trafficking if women and girls remain vulnerable and organised crime is allowed to thrive. Finally, sex trafficking survivors must be given proper support through their recovery and the right to remain in the country they were trafficked to, if they so wish. This right is protected under the Palermo Protocol but there are cases of sex trafficking survivors being sent back to their home countries where they are re-trafficked.

If Europe really wants to be an advocate for women’s rights these are the measures we must take to secure the dignity, liberty and wellbeing of every woman and girl vulnerable to sex trafficking and of every survivor.