With profit margins at an all-time high, tens of thousands of Belgian workers are today demanding better wages and purchasing power.

‘Belgian companies achieved the highest profit margins ever’ ran the headline in the spring after the publication of these figures by the Belgian National Bank: ‘The Belgian profit margin experienced a notable increase over the past seven years, from 39.3 per cent in 2014 to 42.4 per cent in 2020. This is the highest level since at least 1999, when the margin was 35.7 per cent. Moreover, the rate is significantly higher than in neighbouring countries, where profit margins have remained relatively stable since 2014.’ Last year topped everything, with a margin of 46.8 per cent.

In the meantime workers across Europe and all over the world are confronted with huge price increases, especially for energy. Calculations for Belgium indicate annual inflation of 49.7 per cent for electricity, 33.5 per cent for diesel and 139.5 per cent for natural gas.

A very important automatic indexation mechanism for wages helps workers in Belgium not to lose purchasing power, by catching up on inflation. Unions can then negotiate real wage increases through collective bargaining.

But there is a problem—the Wage Standard Law of 1996, which purported to promote employment and safeguard competitiveness. In 2017, that legislation was made much more restrictive by the then government led by Charles Michel. Since then, every two years—without any consultation with the social partners—a maximum margin for negotiations has been unilaterally set, based not on price movements but on the evolution of hourly wage costs in Belgium compared with those in Germany, France and the Netherlands.

For 2021-22, that ceiling was barely 0.4 per cent above indexation. This means that new agreements (collective or individual) may not lead to an increase in the wage cost per hour of more than 0.4 per cent. Sectoral collective agreements that go further may not be declared universally binding. Employers implementing higher wage increases (above indexation) may be sanctioned.

This is fundamentally unjust. Inequalities are dramatically rising. Housing, heating, food, fuel … prices are soaring everywhere, making life more and more expensive. The Federation of Belgian Food Banks issued a stern warning: ‘In 2021, 177,238 people stood in line for a food package. Never before have there been so many. Moreover, the food banks fear that this figure will only continue to rise, in part because of rising energy prices.’

All this led the three Belgian trade union confederations, ACV-CSC, ABVV-FGTB and ACLVB-CGSLB, to engage in countless awareness-raising actions from the beginning of the year. These included the launch of a petition under the new system of online petitions organised by the Belgian parliament. More than 87,000 citizens signed the petition—an unprecedented success in such a short time.

But for the time being, the new government led by Alexander De Croo, straddling left and right, has not wanted to touch the law. Only one additional exception has been provided for—a possible one-off premium of €500 in the form of consumption vouchers (the so-called coronavirus premium). The Flemish employer organisation VOKA has even proposed a ‘€500 employer present’ in exchange for a non-indexation of 3 per cent—over a career of 20 years in Belgium this would mean a salary loss of €27,000 for a fulltime worker on a median wage.

This has forced the three trade unions to resort to other means. We have filed a complaint with the International Labour Organization for violation of the freedom of collective bargaining (ILO convention 98).

And today we take to the streets—not only to demand fairer wages and a better distribution of wealth. It’s time to act, for decent work and livelihoods for all! 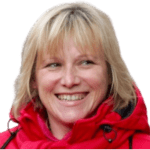 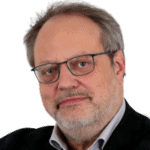