Remote work will outlast the pandemic. But workers must be inoculated against the associated risks.

Remote work is here to stay. Workers and businesses seem generally to appreciate it—despite the grudges of some managers who still need to adapt to a more dispersed workforce. Remote work may enable more flexible work-life arrangements. It can save time, costs and stress connected to commuting. And it can liberate many workers from the routine of office life and the toxicity of some work environments.

Trade unions are coming to terms with this reality. In businesses already keen to allow remote and hybrid work, the challenge they face is to accept and co-determine these processes, lest they be passed over by management. Where management rejects such practices, conversely, unions have the opportunity to campaign and gather support among workers to negotiate their long-term introduction.

This could initiate reflection on the extent and intensity of managerial prerogatives in the modern world of work. Should employers be able to force people (back) into offices, in the absence of genuine business need? Or could relations of authority at work be put on the table, especially when technology can facilitate more seamless collaboration among distributed workers without the stick of hierarchical oversight? The experience of workers co-operating ‘horizontally’ to carry on work in the early stages of the pandemic, when many reporting lines were disrupted, should prompt such reflection.

But remote or hybrid work also comes with many challenges. It increasingly blurs the distinction between work and private life. It can entail longer working hours as well as volatile workloads, linked to an expectation of being always available. Legislation and collective bargaining must come to grips with these risks, updating and strengthening boundaries such that time spent connected from the remote workplace—typically one’s home—and time spent living one’s own life are clearly demarcated and the latter is protected from erosion.

The new Portuguese law on remote work goes in this direction, establishing a ‘right to disconnect’ via a ban on out-of-hours contact. It also requires employers to contribute to the increase in utility costs linked to working from home. And it restricts remote monitoring of workers in the course of their employment.

During the lockdowns many businesses reacted to imposed work-from-home requirements by introducing extremely invasive software to monitor workers online. These surveillance practices included tracking keystrokes and browsing activity, taking random screenshots of workers’ computers or pictures of their faces and expressions, and screening emails and messages—despite most of this being illegal in many European countries and at odds with European Union and Council of Europe regulations.

Clearly outlawing such monitoring activities should be a priority for policy-makers. This is not adequately reflected in the European Commission’s proposal for a regulation on artificial intelligence. The law, and collective agreements, should distinguish between such data generated by the worker in the course of employment to which employers can legitimately gain access, even collect, and that which should not be accessible to the employer, let alone collected and stored.

Remote and hybrid work must also not become a career trap, where workers less physically present in offices are excluded from such opportunities as promotions or confined to less attractive and poorly-paid jobs—potentially exacerbating gender gaps associated with female preponderance in part-time work and unshared, unsocialised care. On the model of equal treatment in EU directives on atypical workers, equal treatment between distance- and office-based workers could be stipulated. Implementing such a principle would not however be straightforward (it has not been for atypical workers either) without a broad notion of appropriate comparators, including hypothetical ones.

The risk of ‘contractual distancing’ must too be urgently addressed: remote and hybrid work can not be the vehicle for a wave of mass outsourcing in the service sector, similar to that which occurred in the 1980s in manufacturing, through misclassifying legions of remote workers via bogus ‘self-employment’ arrangements. Any gain in autonomy which may come with remote work will not magic such workers into genuine small businesses, able to function independently on the market.

Adapting the scope of labour protection to cover all those working in a predominantly personal capacity would undercut sham contracting-out schemes. Sound interpetation and enforcement of the acquired-rights directive could also contribute.

The commission’s initiative on platform work is pivotal here. If platform workers are left without adequate labour protection, and the measures against bogus self-employment are insufficient, a big chunk of office work will most likely quickly be outsourced through platforms.

Better protecting online platform work is thus far from being a ‘niche’ concern. It is vital to a better future of work for the many.

This piece was written as part of the ‘Future of Remote Work’ project at the European Trade Union Institute, with an edited volume due in early 2023 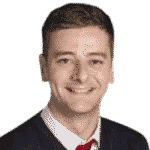 Nicola Countouris is director of the Research Department at the European Trade Union Institute and a professor in labour and European law at University College London. 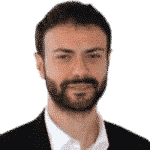