Continuing our series on a ‘just transition’, Ludovic Voet stresses that allocating European funding is no substitute for a strategy to achieve it.

Is setting up a ’Just Transition Fund’ going to be the answer to the challenges facing the European Union in its efforts to achieve a carbon-neutral economy? The European Trade Union Confederation and civil-society organisations such as the Climate Action Network have welcomed this initiative by the European Commission president, Ursula von der Leyen’s, but the €4.8 billion budget on the table has been described as a ‘drop in the ocean’.

The term ‘just transition’ is increasingly common but needs definition. It means that social justice must be at the core of steps necessary to combat climate change and workers must not pay the price with their jobs and livelihoods. Trade unions emphasise four requirements: solidarity to support regions and sectors most affected by decarbonisation, strong social protection and the right to (re)training, robust social dialogue and creation of high-quality jobs.

Unions have two major concerns about the commission proposal. The first is a reallocation of resources: any new fund must bring in new money, not simply redistribute existing finances. Secondly, a fund, while necessary, must be just part of an overarching and holistic strategy to address climate change and its impact on workers and society. We should therefore start by setting the strategy and then design the right tools—including the financing—not the other way around.

Von der Leyen’s mission letter, in September, called on the commissioner for cohesion and reforms, Elisa Ferreira, to design a Just Transition Fund to ‘offer tailored support for the most affected, for instance those in industrial, coal and energy-intensive regions undergoing significant local transformations. There should be close coordination between the Just Transition Fund, employment and social funds, as well as the InvestEU programme.’

We want to see what this means in detail. As the climate emergency intensifies, trade unions insist that ‘just transition’ should be mainstreamed in all policy strands and across all areas of the EU budget. Certainly, there needs to be strong co-ordination between the future Just Transition Fund, the European Social Fund Plus (ESF+), the European Globalisation Fund (EGF), the InvestEU programme and the European Fund for Regional Development. But the scope of this new fund should be clearly defined, to avoid confusion with existing mechanisms or diluting resources across too many sectors and regions.

We welcome the proposal for a Green New Deal but it must include a comprehensive Just Transition Strategy, to be launched in 2020, with a social and economic impact assessment carried out in close collaboration with the social partners. This strategy must involve all the relevant commission departments and cover areas such as agriculture, transport, energy, waste management and urban planning, based on the principles in the European Pillar of Social Rights. It means defining specific plans for decarbonisation in every industry. What does just transition to a carbon-neutral transport, trade or chemicals sector look like, for example?

If we are serious about tackling the climate challenge, these decisions cannot wait. All EU macroeconomic policies and trade agreements should be aligned with the objectives of the Green New Deal and the EU must strive to build international consensus with other major economies to avoid carbon leakage—combating climate change is a global fight.

The new fund should add resources to those already available at EU level, not take money from the existing cohesion-policy envelope. Instead, the much greater resources available through cohesion-policy funding should be available and investment should match the needs identified during the socio-economic impact-assessment phase. Coping with other structural developments affecting the EU economy—such as globalisation, digitisation and robotisation—-will meanwhile also require massive financial, legal and policy commitments.

To boost resources, the ETUC wants EU action to impose fair and effective taxation, combating tax avoidance and fraud. The phasing out of environmentally harmful subsidies, for example to fossil-fuel projects, as well as income from the Emissions Trading System, could also contribute. Just-transition investments should be excluded when national deficits are assessed in the Stability and Growth Pact, allowing public authorities to spend on services and infrastructure.

Just-transition principles must be a political priority for the EU, to anticipate change, avoid social disruption and deal with restructuring. The Just Transition Fund is just one step on a long march to making that priority real.

The prime function of the fund should be to address the problems facing workers in regions that are economically dependent on the sectors in the frontline of decarbonisation. This means providing technical assistance and supporting all efforts to transform these economies and diversify their industries. The existing European Platform for Coal Regions in Transition is an example of good practice which can be adapted to other contexts.

Existing jobs must be replaced like-for-like—not with temporary or precarious work—and policies must avoid widening inequalities in society or increasing energy poverty. Education and reskilling are important elements, but of little use if no alternative work is available.

Policy-makers have to understand the diversity of the regions affected. Local restructuring must be done ‘on the ground’, not by one-size-fits-all measures imposed from above. Most of all, an inclusive approach must involve workers, trade unions and communities and allow them to take ownership at every step of the process. Without the commitment of well-informed workers, the EU will be wasting its money and the short time we have to secure a sustainable planet. The quality of spending is as important as the size of the budget. Funding must target countries and activities which protect workers and accelerate decarbonisation.

Yet this comes at a time when governments are facing pressure to cut back EU expenditure. The Multiannual Financial Framework will be back on the European Council agenda in mid-December. The arguments go on but, with delegates having gathered for the United Nations COP meeting, yet more evidence has emerged from the UN and the World Meteorological Organization that the fight against climate change cannot wait.

The Green New Deal must set targets to take account of the increasingly sober scientific data on the impact of greenhouse-gas emissions. The challenge facing the EU is not just about money but is rather one of political will. The ETUC will be closely monitoring the proposals coming from the new commission and doing everything in its power to protect workers and their communities. 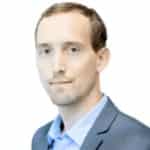 Ludovic Voet was elected confederal secretary of the European Trade Union Confederation in 2019.