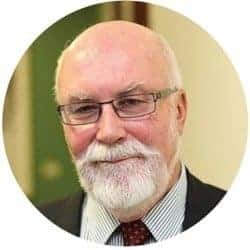 It is widely agreed that globalisation has brought immense benefits. But it is also recognised that these benefits are not equally distributed. Last week’s Apple decision demonstrates the complexity of the issue of distributing the benefits of globalisation. The Irish Government, faced with a windfall of some €13 billion, appears to have sided with the world’s largest and most profitable company against the welfare of its citizens.

It was believed once that countries initially became more unequal as they became more prosperous, but that all would then benefit from globalisation. This theory, which was correct at the time for the US, is wrong. The fact is that globalisation brings increasing inequality. Soaring inequality can only be addressed by governments, and increasingly only by governments co­operating internationally.

The dilemma of the Irish Government is whether it acts to increase or reduce inequality by siding with its citizens or with corporations. The issue is far more complex than this, but the Apple case brings to a head the unequal struggle between unchallenged, powerful corporations and sovereign governments trying to represent their citizens.

It is unequal because, to date, governments have sided with corporations and, in Ireland, we appeared to gain from that tax strategy. But growing inequality and corporate tax avoidance on such a scale has brought the issue to a head. Apple has staggering cash reserves, but it still borrowed a huge amount in order to offset the interest against taxation. It and most multinationals no longer believe in paying tax. For them, tax is a business cost, not a payment for public services.

Apple’s iPhone, in particular, has several key features that were invented in publicly funded labs – which were supported by taxes. With globalisation, transfer pricing has allowed companies to easily avoid taxation with the assistance of their “professional” advisers – the Big Four accounting firms.
Until multinationals begin to see tax as a legitimate, lawful and morally responsible payment for public services, then international tax avoidance on an industrial scale will continue. Up until now, the EU’s directorate ­general for taxation negotiated with the Big Four and multinationals on taxation issues. But it took a wildcard – commissioner Margrethe Vestager – to seriously disrupt these cosy chats when she made the Apple ruling.

The EU now looks as if it may be finally working for its citizens! Tax avoidance cheats us out of funds that could be used for the public benefit. It is out of control. And wherever you find tax
avoidance, you are likely to find the big accounting firms. These firms have had a major influence on policy making in taxation. The partners and their professional organisations, which they dominate, have pursued an anti­-tax and particularly an anti-­progressive tax policy at every opportunity. Thus another issue raised by the Apple case is whether there is a revolving door between the Irish Revenue Commissioners and the Big Four?

The Government has a real moral dilemma. It must act in the interests of its citizens. The Irish State has demonstrated that it is not powerless in the global economy. It was able to rescue all of its six banks and most of its developers, and it put the economy back on course, albeit with some external help.

The EU has now shown multinationals that such levels of tax avoidance, while legal, will no longer be tolerated. The Government should do what is morally correct: take the money and invest it in an ambitious capital programme, not on day­-to-­day spending. It should also develop a sustainable industrial policy that is no longer dependent on the uncertainty of the tax avoidance industry. Ireland has much more to offer.

Most multinationals, including Apple, invest here for many other good reasons and will continue to do so. If governments cease their “tax wars” and big companies begin to pay a fair tax on profits, inequality will also decline. We should warmly welcome the Apple ruling.

This opinion piece was originally published in The Irish Times.