Pushbacks at Europe’s borders have not been compliant with the Refugee Convention. Nor would internal ones.

Pushbacks have become the ‘new normal’ on the European Union’s external borders. What they entail, in the absence of legal due process, has become readily apparent.

Refugees are being apprehended and detained in containers or camps surrounded with barbed wire. They are being beaten, robbed, insulted, humiliated and debased, marked like cattle and forced blindly through razor-wire fences to countries where the right to claim asylum is effectively denied.

Where individuals can be so apprehended, detained and deported without due process, the right to asylum—indeed any legal protection—dies. In light of what we have observed at the EU’s external borders, would one really want pushbacks to be legally endorsed within the EU?

The recent proposal from the European Commission for amendments to the Schengen Border Code suggests that the commission does. The proposal would not only allow member states to implement temporary border controls during public-health emergencies, such as the pandemic, but would also introduce two new sets of rules with regard to people on the move.

The first concern new surveillance and response mechanisms, to battle what the commission interprets as an ‘instrumentalisation of migrants’ aimed at ‘destabilising’ the EU or its member states. Such language flared up in the aftermath of the Belarussian regime’s attempt to funnel individuals in transit into the EU at the Polish border last year. But it fell short of explaining exactly how a few thousand of them could summon the power to destabilise the union—or even what that might mean exactly.

While the commission remains vague as to the mechanisms which would be employed to stop such instrumentalisation, this discursive sleight of hand steers the public away from thinking about refugees as individual human beings with rights under the Refugee Convention—including the right to non-refoulement and to make an individually adjudicated asylum claim—towards viewing them as non-European ‘others’ comprising collective security threats.

The ‘securitisation’ of migration is thus in full swing and it does not stop there. The second set of rule changes would address internal EU borders. They seek to legalise pushbacks of irregular migrants from one member state to another, largely without offering the opportunity to claim asylum or even to challenge detention and deportation.

According to the proposed changes, the police would be allowed to apprehend irregular migrants anywhere ‘in the vicinity of borders’—not just at the borders themselves. Such ‘shifting borders’, as they have been called, would allow states to implement a regime of search and control well within their territory—at bus and train stations and within certain cities. Individuals so apprehended could be detained without legal safeguards for up to 24 hours, before being pushed back to the member state they had left.

Though pushbacks at the EU’s internal borders are nothing new, this proposal would legalise and legitimise them. What we already witness at the external borders of the union would be replicated within.

This would not only threaten the rights of new arrivals but would introduce more controls and surveillance for EU citizens. This is the inevitable consequence of attempting to monitor everyone who crosses a border, to categorise whether they belong to a wanted or unwanted group and to pursue associated enforcement measures.

The alternative to universalised surveillance in border-neighbouring zones would be targeted intervention by the authorities—which could only mean racial profiling. The suggestions by the commission would then support discriminatory search-and-apprehend strategies in transport installations and cities across Europe—a frightening alternative which would fly in the face of anti-discrimination regimes and foment generalised suspicion towards non-white people.

Yet the gloomy outlook for protection of the rights of people on the move would be only one consequence of legalising internal pushbacks, were the commission proposal to be endorsed—it has yet to come before the European Parliament. The other is the negative signal it would send: European-wide responsibility-sharing on asylum would remain an ever-receding horizon, amid the further securitisation of the EU’s external borders.

The legalisation of intra-EU pushbacks would displace responsibility for hosting refugees—even moreso—from the centre to the member states at the external borders, where asylum-seekers have already been largely corralled by the Dublin convention (requiring that they normally make a claim in the state of arrival). Rather than signalling inter-state solidarity on the part of the union’s wealthy core, in the humane offering of asylum to individuals meeting the convention criteria, the message to the peripheral states would be: you are on your own.

This would undoubtedly not lead to a greater readiness to admit refugees. Rather it would bring higher walls, more fences and further attempts to ward off new arrivals—at whatever price. 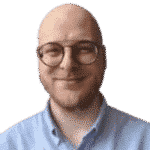