Alberto Alemanno is Jean Monnet professor of European Union Law at HEC Paris, founder of The Good Lobby and author of Lobbying for Change: Find Your Voice to Create a Better Society (Iconbooks, 2017). 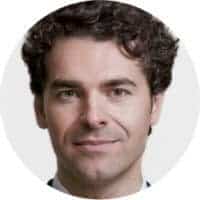 The 2019 elections for the European Parliament boil down to a war between supporters of EU integration, multilateralism and liberal values, and those who aim at a Europe of illiberal polities, often coupled with state capitalism and ethno-nationalism. In both camps, initiatives are mushrooming. Both sides have political champions and corresponding visions: French President Emmanuel […]

It is easy to dismiss Davos as nothing more than a talkfest among greedy CEOs, cheerful philanthropists and photogenic celebrity activists. Yet this narrative – which is annually recited by mainstream media – fails to do justice to what the Annual Meeting of the World Economic Forum (WEF) is really about. The coverage of Davos […]

While public sentiment about the European project has rebounded, Europeans remain largely dissatisfied with whether their voices and concerns count in Brussels. Despite recurrent calls for radically reforming the European Union to ensure a greater involvement of EU citizens, little is expected to change between now and the next 2019 European Parliament (EP) elections. The […]