In the late 1950s, as the Cold War increasingly appeared likely to destroy the planet, the British philosopher Bertrand Russell wrote of the game of chicken being played by the superpowers: As played by irresponsible boys, this game is considered decadent and immoral, though only the lives of the players are risked. But when the […]

The Financial Times has a useful background article on the debate about pension reforms in Greece, one of the main sticking points in the current showdown, which makes a number of important points. Some comments and amplifications are in order. The article refers to groups of workers that, at least until the crisis, enjoyed very […] 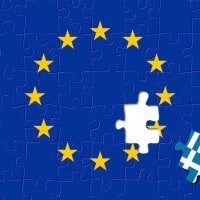 Media reports indicate that the stand-off between the new Greek government and its creditors is going to the wire. At stake is Greece’s continued membership of the euro area. Much has been written on the lack of progress and understanding between the two sides. In many cases reports are based on little more than gossip, […]

A while ago I participated in a TV debate on Greece (German speakers can follow this link). One of the points of contention was whether investment in Greece has been structurally weak, hampered by overregulation or corruption – in short: it’s the supply side, stupid – or whether the country’s economic problems are primarily derived […]

Germany’s first post-war Chancellor Konrad Adenauer is usually held to be the origin of an often-quoted phrase „Was kümmert mich mein Geschwätz von gestern?“. Roughly: why should I be concerned about the rubbish I talked yesterday? Whatever the rights and wrongs of this attribution, the phrase – used to draw attention to someone who places […]

On May 1st 2004 ten countries joined the EU in the biggest enlargement of the Union to date. Moreover it was a step heavy with symbolism. Eight of the ten – the exceptions being the two Mediterranean island economies Cyprus and Malta – had until just over a decade earlier been part of the Warsaw […]