Carlos Joly is a Fellow at the Cambridge Institute for Sustainability Leadership, Cambridge University. He worked many years as a portfolio manager and is active as an investor. He pioneered the integration of environmental and social issues in institutional investment and in fiduciary duty, served as Chair of the Expert Group that drafted the UN Principles of Responsible Investment, and as advisor to leading French institutional investors. He learned philosophy at Harvard with Rawls, Quine, Putnam, Nozick and Cavell. 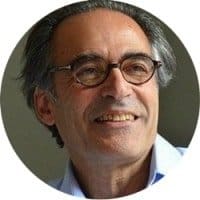 Norges Bank Investment Management has publicly asked the Ministry of Finance to be allowed to divest of oil and gas companies in Norway’s sovereign fund, aka GPFG or Petroleumsfondet, since all its capital comes from the Norwegian state’s exploitation of its oil and gas reserves. NBIM requires a political decision to do so. You’ve had […]

Money matters. Money in national budget allocations determines who gets health care, who gets educated, who gets unemployment cover, which industries and companies are favored, and whether the country goes to war. Obviously, national budget line items say much about a society’s moral beliefs, its governance and who wields real power. As the song says, […]

The extent to which the world has become Orwellian is reflected in the widespread use of the term `human capital`, as if it were a humanizing concept, whereas it´s really a contradiction in terms. What is human about capital in the 21st century? Any attentive reader of Picketty, Sadler or Stiglitz gets my point. In […]

The tragedy of deaths at sea by refugees from the Middle East wars needs to be addressed resolutely. Europe cannot confront the problem with hesitant policies. Nor is it solely a European problem. The United States is necessarily involved, given its past and current presence in Middle East affairs. Half measures will not do the […]