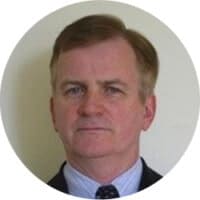 Angela Merkelâ€™s Christian Democratic Union (CDU) suffered another poor state election result on Sunday October 28 with 27 per cent, down 11.3 percentage points from the 2013 election in Hesse. Her grand coalition partner the Social Democratic Party (SPD) slumped to 19.8 per cent of votes, down 10.9 percentage points, its worst showing since 1946. […]

German Chancellor Angela Merkelâ€™s fourth election has turned into a heavily qualified victory. She is facing criticism over how she has handled the refugee crisis and some say that she should not have let in over one million refugees into the country. That sentiment is more widely felt in Germany than the public debate that […]

To say that the Euro is facing existential threats is no exaggeration. The European single currency was hailed until not too long ago as an aspiring global reserve currency, second only to the US Dollar. But the Eurozoneâ€™s handling of the Greek debt crisis is putting the Euroâ€™s future in question. The potential for Greece […]

In the German Constitutional Court ruling on the Outright Monetary Transactions (OMT) programme by the European Central Bank (ECB), judges said they were â€œinclined to regard the OMT decision as an Ultra Vires actâ€, adding that this â€œcreates an obligation of German authorities to refrain from implementing itâ€. The court judgment has ruled that the […]