In public vaccination programmes, all humans should be equal. But some have proved more equal than others.

In mid-2020 it was widely believed that, once we had a vaccine against the SARS-CoV-2 virus, life would return to normal. The complex issues which would arise thereafter were ignored. What if many people refused the vaccine? Who would be liable for serious vaccine-related adverse events? Would rich countries monopolise (initially limited) supplies? If so what could be done—and by whom?

A year or so later, these questions became insistent, especially one: which groups were to be given priority as vaccine roll-out began?

Two years on, the pandemic has receded in Europe and anxieties are focused elsewhere. There is little interest in reviving discussion of viruses and vaccines. Yet despite the tragedy now playing out in Ukraine (and in Russia), the coronavirus has not gone away. It is quite likely that winter will again present public-health systems with a viral threat, possibly due to a further mutation of the virus.

However pressing our current concerns, we have a breathing space for rethinking pandemic practices. What lessons can be learned from two years’ struggle with Covid-19?

Two years ago we were led to expect too much from a vaccine. Focusing exclusively on the search for improved vaccines would be a mistake, however great the temptation. Because the interests involved, both commercial and strategic, are as powerful as they were in 2020, there is a risk that this mistake will be repeated.

The rest of the agenda must not again be forgotten. Improved mechanisms for facilitating distribution of pandemic vaccines to poor countries will be needed. And the basis for establishing priorities at the national level needs rethinking.

Before the Covid-19 outbreak, pandemic-preparedness scenarios focused on the influenza virus. When a vaccine against a pandemic influenza strain arrived, who should receive it first? Priority would be given to healthcare personnel and to people at greatest risk in the event of infection: the immune-compromised and the frail elderly.

As roll-out of Covid-19 vaccines began, some variants of these criteria were commonly adopted. Though the specific demarcations varied among countries, these two groups were prioritised in much of Europe. For example, in Italy:

In order to maximize the result, the strategic decision was to focus the use of the limited resources available on protecting personnel dedicated to pandemic emergency and on the most fragile subjects (health and social health workers, the staff and guests of residential facilities for the elderly). Thanks to the increase in the availability of vaccines the vaccination process started to be carried out also on other risk categories and then on the rest of the general population.

In the United Kingdom the Joint Committee on Vaccination and Immunisation (JCVI) advised government that the priorities for the vaccination programme should be the prevention of Covid-19 mortality and the protection of staff and systems in health and social care. After these could come those at increased risk of hospitalisation or exposure and maintaining resilience in essential public services.

The Dutch Health Council originally recommended prioritising groups at increased risk of serious illness and death: the over-60s and those suffering from certain chronic conditions, being treated with immune-suppressors or with mental disorders and living in institutions. Anxiety among healthcare workers, and lobbying, led to their being added to the list.

Early national guidelines and policies such as these did not reflect what a global perspective would have implied. World Health Organization interim guidance emphasised a much more inclusive view, highlighting ‘the vulnerabilities, risks and needs of groups including refugees and migrant populations who—because of underlying societal, geographical or biomedical factors—are at significantly higher risk of severe disease and death’ from Covid-19.

The WHO guidance specified, that, depending on country context, these groups included ‘disadvantaged or persecuted ethnic, racial, gender and religious groups and sexual minorities’, as well as ‘the homeless and those living in informal settlements or urban slums; low-income migrant workers; refugees, asylum-seekers and internally displaced people (IDPs), including vulnerable migrants in irregular situations’.

In few cases, howver, did initial national guidelines refer to such groups. The vulnerabilities of refugees and undocumented migrants—and we could add prison inmates—were not acknowledged.

Much did change over time and, as larger quantities of vaccines became available, some countries did adopt more inclusive immunisation policies. But the contrast between the WHO perspective and the various national guidelines says something significant about the political salience of ‘global health’.

As in earlier debates about absolute and relative poverty, individuals deemed ‘vulnerable’ in one place may appear anything but in another. No less striking is the moral judgement underpinning many affluent countries’ prioritisations. Did governments and their advisers in effect prioritise the ‘deserving’ vulnerable—with little regard for the possibly greater risks the ‘less worthy’ faced or which they posed to the community?

The war in Ukraine has brought to Europe a changed awareness of refugees and other displaced people. The question is whether popular sympathy for their plight will affect perceptions of them—and their public-health needs—more generally. 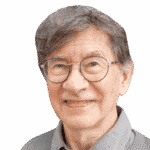 Stuart Blume is emeritus professor of science and technology studies at the University of Amsterdam.

Vesna Trifunović has a PhD in anthropology and is a research associate at the Institute of Ethnography of the Serbian Academy of Sciences and Arts in Belgrade.