The war in Ukraine represents the greatest geopolitical challenge facing the European Union. Moscow attacked Kiev with explicitly imperialist aims, with a view to restoring what it considers its rightful ‘sphere of influence’ in the European neighbourhood, thus implicitly threatening other European countries (including EU members).

The aggression also entails a systemic element. Vladimir Putin’s Russia is promoting an autocratic-state model in the European neighbourhood, in contrast to the democratic polity towards which countries such as Ukraine and Georgia have been striving—the value system on which the EU is founded and which it seeks to project.

This has led the union to rethink radically its relations with Russia. The traditionally co-operative approach is giving way to a sort of containment strategy, which will last for the foreseeable future. Hence the reflection on how to end the energy and technological dependencies that bind Europe to Russia, the offer of substantial support to democracy in countries threatened by its expansionism and the defence of the resilience of our societies from Russian interference through disinformation and cyber assaults.

Most fundamentally, the Russian invasion of Ukraine has pushed the EU to exercise a proactive role at regional and global levels, thus testing its ability to implement the ‘strategic autonomy’ it has been advocating for a long time. And in its immediate reaction to the menace coming from east, the EU has shown a unity and resolve many—perhaps including Putin—did not expect.

Instead of playing the role of a paper tiger in a world of great powers, the union has displayed a determination to mobilise all the instruments at its disposal, from diplomacy to sanctions, from military assistance to humanitarian support. After she was appointed as president of the European Commission in 2019, Ursula von der Leyen did promise this would be a ‘geopolitical’ commission and three initiatives in particular are unprecedented.

Extremely restrictive measures have been imposed on Russian financial institutions and media, and these may soon be expanded to the import of oil and even gas. The European Peace Facility has been activated to support the Ukrainian armed forces with a budget of €1.5 billion. And a temporary-protection scheme has been adopted for persons fleeing Ukraine as a consequence of the war.

At the same time, the war in Ukraine has confirmed the limits of the EU to date as a geopolitical actor, from its energy dependence to a barely existing defence dimension—to mention merely the most evident weak spots. Being a relevant stakeholder in the new international (dis)order created by Putin will require more structural, long-term reforms.

On energy, member states are confronted with various levels of threat to their supplies, with Germany the most exposed. Spain and Portugal have been allowed to introduce an electricity price cap. Poland and Bulgaria need help to face the cut-off of gas by Moscow. A sustainable strategy would need stronger action at EU level—to ensure not only availability of alternative energy sources, possibly with common purchase and storage mechanisms, but also compatibility with the commitments undertaken in the Green Deal and particularly the ‘Fit for 55’ package.

On defence, the Strategic Compass adopted in March emerged already obsolete, yet the February 24th attack led member states to revise only its narrative, not its substance. It cannot be the instrument to realise what is most needed in the current context—an EU capacity to project a credible military force outside its borders and to enhance deterrence, with a view to offering adequate security guarantees to its citizens and neighbours while exercising more collective weight in the North Atlantic Treaty Organization.

Concrete initiatives should be identified to use in a joint or, at least, co-ordinated fashion the additional budgetary resources member states are currently allocating, avoiding a renationalisation of defence spending. At the same time, decision-making rules which would allow the deployment of European forces quickly and effectively—such as qualified-majority voting—should be introduced.

Another crucial aspect concerns the future of enlargement. At this stage it is important to offer a European perspective to Ukraine, as the best way to support democracy in line with our values and interests.

The accession process might however turn into a trap for everyone: Ukraine risks being alienated by the long, bureaucratic procedure, the EU could suffer unbearable ‘enlargement fatigue’ and meanwhile other partners in the western-Balkans anteroom could chafe at the inconsistencies. Strengthening the current association agreement between Brussels and Kiev, with a view to integrating Ukraine in the internal market and improving co-operation in security, could offer a short-term and parallel, if not alternative, way forward.

Besides, the challenges and constraints the EU still has to face suggest that building the union’s geopolitical power must go hand in hand with buttressing an international system based on shared norms and institutions. Indeed, only in such a context can the EU fully exercise its strengths—its regulatory and normative capabilities—while minimising its weaknesses, which inevitably emerge in a confrontational environment based purely on power politics.

The EU’s agenda therefore cannot exclude a global dimension and the reinforcement of global governance institutions via their reform. From the United Nations Security Council to the international financial institutions, the EU should urgently find a common position and seek the support of partner countries. The timing could be favourable to have the United States on board in this endeavour, as the Europeans could now easily call for Washington’s support in the context of a renewed transatlantic partnership.

The details will be tailored to each specific institution but the underlying logic should be the overcoming of the post-Yalta structure, which embedded the pre-eminence of the great powers after World War II with the privilege of veto amid their emerging bipolar confrontation. This means making these institutions more transparent, more representative and more democratic—giving voice to those countries which have so far remained excluded or marginalised. 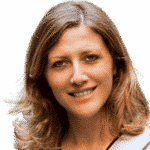 Nicoletta Pirozzi is head of the EU programme and institutional-relations manager at the Istituto Affari Internazionali (IAI), specialising in EU politics and institutions, Italian foreign policy and international security. She is president of MondoDem, a progressive foreign-policy network, and a founding member of ProgressiveActs.