The proxy media exchange between the French president and the leader of the German Christian democrats is a sign of an emergent European public sphere. 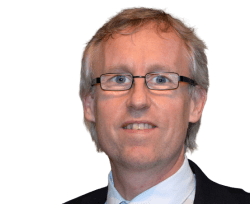 On March 4th something unusual—as far as I can recall, unprecedented—happened in European politics. The head of state of a member state of the European Union, the French president, Emmanuel Macron, directly addressed the citizens of all EU countries, simultaneously, in no less than 22 European languages. He bypassed the usual intergovernmental channels completely and the filtering systems of 28 nationally organised media at least partially.

While the unusual form of the address undoubtedly ruffled some feathers, it drew a high-level response. The general secretary of the Christian Democratic Union and likely Germany’s next chancellor, Annegret Kramp-Karrenbauer (widely known in Germany as ‘AKK’), issued a reply, made available in five languages. Beyond the fact that this did not come from the current head of government, the exchange points, against the background of the incipient campaign for the European elections at the end of May, to emergent signs of a phenomenon whose absence has long been considered a critical weakness of the EU—a European public sphere (Öffentlichkeit).

But what of the content? Here the differences are marked but in the context of the upcoming European elections that may not be a bad thing.

Macron’s starting point is ‘Brexit’, which he sees as both an expression of Europe’s weakness—specifically that it ‘has failed to respond to its peoples’ needs for protection from the major shocks of the modern world’—and an illustration that nationalist populism is a dangerous trap, peddled by the ignorant and untrustworthy. The EU needs to meet people’s needs for ‘protection’ if citizens are not to abandon Europe and fall under the spell of nationalist pied-pipers.

The right response, he argues, is to emphasise where Europe already does effectively enhance individual member states’ policy space and to reform Europe’s capacity to act. He proposes that reform should occur in three broad areas, under the nebulous titles of freedom, protection and progress, giving in each case illustrative examples:—

As a mechanism to push for change he urges a Conference for Europe, which appears to follow the same philosophy as his grand débat in France. He ends with a nod to a multi-speed Europe as an alternative to stasis and, closing his rhetorical circle, a belief that such a Europe will be one which the Brits will wish to remain members of or to rejoin.

Macron has toned down the lyrical volume compared with his 2017 Sorbonne speech on Europe. The emphasis is on identifying areas where an institutionalised European approach offers advantages to member states in delivering solutions which meet citizens’ demands, thus making them less discontented with their national governments and with the EU. The form that this institutionalisation might take is often left open and is likely to vary from policy field to policy field.

What is not mentioned is also important: economic-policy co-ordination and eurozone reform—a major preoccupation of the past few years—has been dropped. Clearly Macron has concluded he is on a hiding to nothing here. Equally ‘scary’ subjects, such as the size of the EU budget and reform of the EU institutions, are also left out.

This lends Macron’s proposals a certain superficiality, even if the desired direction of travel is clearly stated. It is hard to imagine how, in unblocking progress, discursive exercises involving citizens can substitute for reducing the veto points in EU decision-making. This, in turn, means some combination of reducing the size of majorities needed to agree on EU-wide legislation and enabling greater resort to multi-speed initiatives.

AKK’s response, entitled ‘Getting Europe right’, came swiftly and is moderately detailed. There is an initial overlap of language and purpose with the declaration by the French president: Europe’s successes need to be recognised but it needs to enhance its capacity for collective action.

There is also—on the surface—a degree of thematic overlap. Some of the priorities mentioned by AKK echo those of Macron: fighting tax evasion, strengthening border control and defence capabilities (peppered with the off-the-wall example of building a European aircraft carrier) and support for technology and innovation, notably in the area of climate change. She also avoids eurozone economic governance.

Beneath the superficial harmony, however, lie four icebergs. The first is AKK’s repeated emphasis on subsidiarity and intergovernmentalism and the classic ordoliberal theme of equating political responsibility and liability. This approach is fundamentally at odds with Macron’s vision, which is incrementally federalist.

Related to this, secondly, AKK emphasises the need to respect countries’ idiosyncrasies, explicitly mentioning central and eastern Europe. In the short term, this implies tacit support for countries which Macron has portrayed as having a fundamentally different and regressive vision of Europe and, in the longer run, a view that integration should proceed at the speed of the most reluctant—thus a rejection of Macron’s idea of coalitions of the willing forging ahead.

Thirdly, she not only accepts, as Macron does, that populists air economic grievances which need to be taken seriously but plays to Islamophobic fears, blaming immigration primarily for increasing social heterogeneity, while pushing populist talking points such as the tax treatment of EU officials.

Finally, she waves—seemingly gratuitously—three red rags at the French bull, calling into question the French permanent seat on the UN Security Council, the status of Strasbourg as a seat of the European Parliament and the scale of agricultural subsidies. It is not that these proposals have no merit, but the casual way they are introduced, without any indication that this could involve a German quid pro quo, must reinforce concerns  in France, and elsewhere, about the overweening power—not to say arrogance—of the EU’s largest member.

It seems that, beyond some hazy common ground, the French president and Germany’s likely next leader hold very different visions of the right direction of travel for Europe. On the one hand, building common institutions, strengthening the capacity for common decisions and permitting enhanced co-operation by integration-friendly coalitions, all with the aim of taking the wind out of the populists’ sails; on the other, a doubling down on the virtues of intergovernmental co-operation, subsidiarity, respect for national differences and at least partial acceptance of the cultural and identity-related arguments of nationalist populists.

It is election time and AKK is speaking as leader of the CDU. She is concerned to staunch losses to the EU-critical and anti-immigrant Alternative für Deutschland. If the next German ruling coalition is with the social democrats or the greens, then the government line will certainly be different—not, though, in the not-implausible eventuality of coalition with the market-liberal Free Democratic Party. Still, the huge gap between the two discourses does not bode well for the prospects of reforming Europe in the near term.

Macron had waited for a long-time for a positive response to his earlier initiatives. The 2018 Franco-German Meseberg agreement and subsequent policy steps have been very limited, even if the recent Aachen treaty contained some aspirational language and initiatives. Now, economy-policy issues having been largely dropped, a response from Germany has been forthcoming but, underneath a thin veneer, the language is at best unwelcoming and in places seems gratuitously provocative.

Yet establishing a European public sphere and getting key leaders to agree within it are two different things. The articulation of different visions puts the spotlight back on the European elections and has the advantage of bringing into focus a clear choice for European citizens at the end of May.

In the next European Parliament and Commission, voters can strengthen those forces seeking to strengthen common institutions (maybe accepting a multi-speed approach) and collective problem-solving. Or they can favour those which prioritise intergovernmental mechanisms in which the Council of the EU plays the key rule, defining minimalist solutions for the whole block, while maintaining and even increasing national veto powers.

A European public sphere is a venue for robust debate about the future course of the EU. It will not be created overnight but the exchange between Macron and Kramp-Karrenberger is a step forward.