Carlo D’Ippoliti adds to the Social Europe debate on a European recovery, contending that the proposals by Varoufakis and Piketty each have merits and should be synthesised. 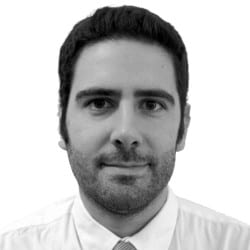 Regardless of its electoral fortunes, the pan-European DiEM25 party of Yanis Varoufakis is driving a debate within the European left, parallel to that within the centre-right ignited by Emmanuel Macron’s En Marche—see, for example, the recent reply by Annegret Kramp-Karrenbauer).

As readers of Social Europe know, Varoufakis opened the debate, noting that, since the 2011-12 peak of the crisis, proposals for reform of the eurozone or the wider European Union had become less aspirational. He singled out a group of economists championed by Thomas Piketty, who had recently produced a plan for the introduction of progressive taxes on corporations and the ‘top 1 per cent’, as well as environmental taxes, to complement institutional reforms aimed at democratising the EU.

Varoufakis contrasted this with his party’s plan for a ‘Green New Deal’, based on the large-scale issuance by the European Investment Bank (EIB) of common bonds, which would be backed by the European Central Bank (ECB). He deemed the Green New Deal preferable because right now Europe needed safe financial assets, real investments and expansionary policies.

Moreover, as the gilets jaunes movement had shown, a major political weakness of the plan of Piketty et al would be that there was currently no political room for new taxes of any kind. Finally, Varoufakis criticised the lack of redistribution among European countries in the plan, asking why we would need more EU democracy if tax-and-spend were to remain nation-based.

Piketty et al answered that their proposal did not encompass redistribution among countries—even though the authors still supported the idea—because this was politically non-viable at the moment. Rather, their plan aimed to reduce inequality within countries, because a rich Greek should contribute to crisis resolution more than a poor German (this only partially answered the question). On the crucial issue of financing, through taxes or debt, they defended the tax approach because their proposed objects of expenditure were, in their view, ‘public goods’ to which the collectivity as a whole should contribute.

Answers by James Galbraith and Stuart Holland followed. These noted that it was widely accepted that projects with a future positive cash flow could be financed with new debt, especially in the current environment of low demand and low interest rates. Moreover, the plan of Piketty et al would require EU treaty changes, whereas the issuance of bonds by the EIB would not.

This is interesting for a number of reasons. First, it could finally be the start of a common Europe-wide political debate, even though there is an obvious risk of it being limited to a small cosmopolitan elite of intellectuals already debating in academic settings (maybe because we are still discussing grand plans, rather than specific measures which could resonate with the public at large).

Secondly, it highlights a major weakness of the stance of European social democrats in the recent past. In many countries they bought into the competitiveness mantra, adhering to the European long-term strategy based on cost (as opposed to non-price) competition—often even promoting austerity. At the same time, most social democrats have tended to resist cuts to social spending, as the last signifier of their differences with the conservatives.

Except for short periods, one cannot credibly cut taxation and social contributions without also reducing welfare expenditures. If they are to regain credibility and they want to defend social expenditure, social democrats must convincingly argue for higher taxes whenever the welfare state is in a ‘structural’ deficit or—which is the same—when they propose new recurrent expenditures. Otherwise, voters will expect a welfare state constantly exhibiting a deficit to be sooner or later downsized. Julio López G recently added that additional taxes may also be unavoidable, if more redistribution is to be sought.

So Piketty et al have a point in proposing new taxes. And it is curious that they decided to highlight the public-goods nature of their proposal, when they could have argued that current expenditure cannot systematically be financed by borrowing. (An important technical qualification here, however, is that deficits are sustainable up to the value given by the difference between the rate of GDP growth and the average interest rate on sovereign bonds—the ‘responsible’ target is not zero.)

Yet, for many years now Europeans have discussed the ‘golden rule’ that deficits can and should be used to finance investments, and investments are exactly what Varoufakis’ plan foresees (and, partly, that of Piketty et al too). Since most European countries’ economies currently operate below potential, and within the EU divergence is amplifying, debt-financed investments do seem part of the solution—it is difficult not to see the solid merit of Varoufakis’ argument.

Rather, the difficulties with the Green New Deal plan are of implementation. One is what counts as ‘investment’ and can therefore be legitimately debt-financed. For example, at the peak of the crisis the Italian government proposed a golden rule which included ‘social investments’ or at least investment in ‘human capital’. This would obviously be resisted by fiscally conservative administrations, interpreting it as opening the way to systematic debt financing of the welfare state. Moreover, the EIB itself might oppose large-scale expansions of its scope which, until the intervention of the ECB was more clearly defined, could put its ‘precious’ triple-A rating at risk.

A deepening of the EU’s democracy would be a large part of the solution to these issues. Anyway, implementation difficulties cannot be decisive when the future of the EU so clearly depends on deep and radical reforms, and on essential investments in the depressed areas.

What we need is an integration of the two plans. Let us not forget that public capital (past investments) requires maintenance and that many other current expenditures are equally valuable (education, health, long-term care and so on)—these cannot be systematically debt-financed. As the late Padoa Schioppa explained, the left should more explicitly reassert that taxes are a beautiful thing: they are how a civilised citizenry meets its collective needs. As much as it was wrong back then for social democrats to jump on the austerity bandwagon, it would be wrong now to think that we could live off investments alone.