Cleaners and security workers belong at the heart of the political agenda in the forthcoming European elections. 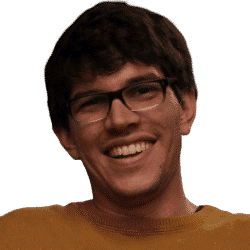 The European Commission’s latest Employment and Social Developments in Europe report reveals record employment in the EU, with nearly 240 million Europeans in employment in 2018. Yet, there is little reason to celebrate this much-touted number: both high-paying and low-paying jobs are on the rise, while the availability of medium-earning jobs is shrinking rapidly.

This should sound the alarm bells for national governments and the commission. After all, ‘medium-earning’ jobs provided working families with unprecedented economic stability, ultimately turning these groups of workers into the backbone of democracies in western Europe. 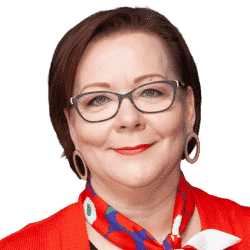 It is often forgotten that workers in these jobs enjoyed sectoral collective agreements and their wages were linked to increases in productivity—a distant dream for today’s European precariat. Portuguese cleaners, for example, have been struggling for a collective agreement for 14 years now.

Security, cleaning and facility management remain one of the key areas of employment growth across Europe. Robots will not replace cleaners and security workers any time soon. Industry and academic studies confirm that at present cleaning robots are only efficient for large spaces such as airports and train stations but remain economically unviable for office cleaning, which makes up the bulk of such work.

New digital technologies are however being introduced, to develop Taylorist management principles, use sensors to cut workers’ hours, cut slack through algorithmic management and increase workers’ surveillance through data mining. More than anything, though, employers use automation and digitalisation as a threat to force workers to accept poorer terms and conditions and a higher workload.

Trade unions have long campaigned for a reduction in working hours, yet too often workers in these sectors struggle to survive on the hours that one job provides, due to the dominance of part-time work, split shifts and night-time cleaning. Even the recent ban on zero-hour contracts in Ireland has only partially solved the problem, as Irish cleaners continue to be employed on five-hour contracts. During a recent strike of airport security workers in Frankfurt, women working on the early morning shift recounted having to sleep in the break room, due to train scheduling, unsociable hours and staff shortages.

Employers and governments will argue in unison that the lack of productivity increases in cleaning and security renders wage rises impossible. Yet these workers not only ensure the smooth running of business across all other industrial and service sectors but also generate social and economic value. While their work is made invisible, no one can deny that workers, citizens and consumers work better, consume more and spend more time in clean, tidy and secure offices, railway stations, airports and public buildings.

The predominance of a female and migrant workforce in cleaning is evidently also deemed an explanation for stagnant wages, as in other women-dominated industries such as care and hospitality. In the security sector, low wages twinned with unsociable working hours have created high labour turnover, which represents a significant cost to companies and weakens trade unions across Europe, where sectoral agreements do not apply. Our European-wide internal survey has revealed that in some countries the annual turnover rate is no less than 25 per cent.

The dominance of short-term servicing contracts in these sectors only exacerbates the problem, providing little incentive for companies to invest in training and career advancement. Instead, companies turn to ever-more-flexible work arrangements to deal with staff shortages and high turnover. Ultimately this hurts the worker. Chronic understaffing, increased stress and involuntary overtime have become the new normal.

Race to the bottom

The British Labour Party has argued that it would insource all services if it were to be elected to government. Campaign groups have argued for a living wage to halt the immiseration of cleaners and security workers.

Concomitantly, the sector has been marked by both traditional and alternative unions engaging in hot-shop organising. Organising attempts are always a positive development. Yet they have not been able to halt the race to the bottom, as the lowest bidder will eventually win the next contract, creating a vicious circle for workers and companies.

For that reason, it is necessary to target public authorities and the largest purchasers of cleaning and security services, so that they do not simply buy services at the lowest price but make provisions for workers’ rights, training and quality provision. In that respect, the ‘best value’ guides from trade unions and employers’ associations in cleaning and security do try to rewrite the rules of how these services are purchased. This is a small step in countering the systematic devaluation of cleaners’ and security workers’ labour.

In the medium-term, sectoral collective bargaining at national level could ensure that companies no longer compete on lower labour costs but on quality of service. As even the International Monetary Fund has warmed to the idea of sectoral collective agreements to tackle global inequality, this is no longer a pipe-dream. After all, such agreements are an effective means to stabilise and regulate cut-throat industries and create value for both workers and companies. Moreover, they can increase workers’ capacity for deliberation and democratic decision-making.

Unfortunately, neither the Juncker commission’s European Pillar of Social Rights nor the European Parliament as yet foresees the strengthening of such sectoral collective agreements. To move toward a Social Europe, unions need to make this the priority during the next legislative period.

In the long run, cleaners and security workers require recognition for the economic and social value they create. While manufacturing and production remain central to our economies, they no longer are the jobs motors they once used to be. We need to turn jobs in the services sector into the new union jobs that can provide working families with dignity, respect and economic opportunity.

This agenda cannot be left to the individual enterprise. It requires the political initiative of the European Parliament, the commission and the member states to put low-wage workers in the decision-making seat and at the heart of their agenda—instead of leaving them to the mercy of the market.