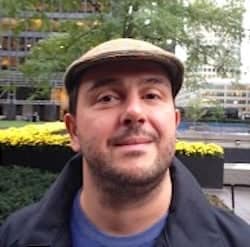 What is the logic behind austerity? The standard explanations given during the last five years do not hold solid ground. Many – including famous economists and central bankers – had supported budgetary cuts to restore market confidence. Markets, however, were hardly impressed: operators care about profits – usually associated with growth – and cuts in the midst of the crisis do nothing to increase market confidence. Austerity was also justified as a tool to guarantee creditors; that, too, seems a non-plausible explanation. In Spain and Italy, interests rate differentials reached their peak while the Rajoy and Monti governments were passing draconian cuts and anti-labour legislations.

Normality was restored only by Mr Draghi’s famous “whatever it takes” speech. The repeated IMF’s warnings that the Greek debt is not sustainable suggest that austerity will not safeguard public creditors either. Austerity-induced recession makes the public debt dynamic worse – and ultimately impedes repayment. Markets were aware of this, and did not endorse budgetary cuts. Public creditors, however, have a different set of incentives from private ones – as highlighted by the struggle that led to the Third Greek memoranda: it is geo-politics and not economics that drove the decisions of the Eurogroup.

To understand the insistence on austerity, then, one should look no further than the institutional construction of the European Monetary Union. The EMU is a hybrid system, a single market without a single government. It is composed of many different governments, whose actions are severely limited by international treaties. In such a context, austerity is not so much – or at least not only – a conservative response to financial and fiscal crisis. It is, rather, the only tool for crisis management provided by the existing institutional framework.

European states, particularly the most powerful ones, want to enjoy the advantages of a single currency without giving up their sovereignty and, especially, without having to pay the bills of their partners. This limits any possible alternatives to austerity. Expansionary fiscal policies are unavailable because the Eurozone is a monetary union and there are no national central banks to monetise and guarantee national debts that become unsustainable by design. Monetary policy, too, is not an option: given the absence of a central government, the ECB is not allowed to bail out states because that would mean to switch the debt burden from one state to another, a geo-politically untenable proposition. In sum, fiscal and monetary policies alike are restricted because there is a single monetary authority rather than 19 and this monetary authority cannot intervene because there are still 19 states rather than one sovereign authority. Supply-side interventions are the only tool available to maintain a single currency without a political union.

In many aspects, the EU has re-created a modern version of the gold standard, an international (multi-national, in this case) market based on a single currency, unchangeable rules and quasi-automatic mechanisms of adjustment based on internal devaluations.

Austerity, however, is not only an institutional tool for crisis management, but also a political action per se. The gold standard fell mostly because of the impossibility to reconcile the rules of that international monetary regime – fixed exchange rate, free movement of capital (and labour) – with the democratic requests of the 20th century mass society. To avoid the same destiny of the gold standard, the EU need a credible commitment from all member states. If every single government were allowed to put national interests before European ones, the coherence of the EU would be compromised. By imposing austerity as the only policy available, the EU reduce the scope for national governments’ intervention and assure the coherence of the Union.

Greece, however, contravened both tenants of this not-so-tacit pact. By cooking its books, Athens threatened the credibility of the Monetary Union and, according to the unpublished memoires of ex Treasure Ministry Tim Geithner, had to be punished – via, indeed, a particularly harsh rescue package. Secondly, first with the Papandreou proposal of a referendum over austerity, and then with Syriza’s insistence on changing the treaties on the base of an electoral mandate, Greece violated the most important rule of the EU, the prevalence of European rules over national interests. Unsurprisingly, the recent Greek referendum triggered an irate response from the Eurogroup, with national and European diplomats adamant in admitting that the conditions for the bail-out were particularly harsh because of the referendum and to repress the Greek “spring”, that is, really, to avoid any political contagion.

Austerity is the pillar of the European edifice. It is based on two different but communicating levels. The institutional level is the one already encapsulated in the original treaties. Austerity is not only a politics of fiscal cuts aimed at reducing debt – it would be mightily failing if that were the only scope. It is, rather, a complex system of internal devaluation to be achieved via budgetary cuts and reforms, aimed at increasing competitiveness. The deeper the economic crisis, the harsher the programme of austerity.

This second, political, level has a strong disciplinary connotation. Countries which are non reliable lose autonomy, discretionary politics is not allowed in any form. Debt is now partially guaranteed – via intra-state support and ECB intervention – but only in exchange of further limitation of sovereignty. Countries at fault have to pay the consequences of their actions; countries that question the norms are threatened – no more financial support from any European institutions, even possible “voluntary” expulsion from the Eurozone.

Austerity and political control are necessary to re-establish the credibility and authority of the European Union. “Punish Greece” was then the disciplinary action to punish outlier’s behaviour that endangered the very foundations of the European edifice.