Julio López G adds to the debate, initiated by Thomas Piketty and colleagues, on how to spur a European recovery and green transition. 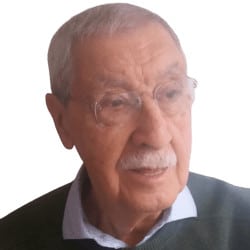 On Social Europe, a discussion has been taking place on a plan to reactivate growth and at the same time contribute to ecological reconversion in Europe. It emerged from two proposals, the Manifesto for the Democratisation of Europe by Thomas Piketty and others, on the one hand, and the European New Deal of Yanis Varoufakis et al, on the other.

This is a discussion to a large extent about ‘imaginable utopias’. It is not about concrete proposals which must necessarily be politically viable–and neither is, in the current ideological context. The debate is, rather, a tool for an accumulation of political and ideological forces, in what Antonio Gramsci would have called the ‘war of position’, an attritional campaign which will surely be quite long but must be fought from today, and every day.

With respect to the central objective around which an economic reactivation in Europe should be structured, as Stuart Holland reminds us, it is somewhat limiting that it should be centred exclusively on the ‘Green New Deal’. This is indeed fundamental and urgent but in Europe there are other equally important and urgent problems. To mention just two, closely inter-related: poverty and obstacles to immigrant integration. A reactivation proposal should be structured around measures aimed at simultaneously addressing these three issues. We may think, for example, of the renovation of popular housing to reduce households’ energy expenditure, intensively absorbing unskilled labour.

And how to finance a reactivation proposal? Varoufakis’ DiEM25 proposes doing so with deficit public spending, while Piketty favours progressive taxes on income and earnings. James K Galbraith is right that higher public spending in Europe could be implemented without requiring higher taxes. In principle, and from a purely technical point of view, the European Central Bank could finance it with new monetary issue or the sale of bonds. Holland is also correct that European Investment Bank bonds could serve this purpose and that such financing is possible within the current regulations for economic and monetary union.

Yet, since what we are discussing is not which solution is currently politically viable but which would be best in itself, there is a very important reason why financing public spending with taxes—specifically with taxes on profits—is superior. If new government spending were financed by issuing money or debt, this would not contribute anything to changing the distribution of income in a progressive sense. Financing it with corporate taxes instead would change the distribution in favour of wages. The Piketty approach would prevent profits from growing in parallel with the growth of demand and output stimulated by greater government expenditure.

Financing higher public spending with taxes on profits would however not cause profits to fall (or at least not much) and therefore should not discourage future investment. In fact, in an almost closed economy like that of Europe, greater public spending thus financed would raise sales, and profits before taxes, so that after-tax profits would not be (much) lower than they would otherwise have been.

But if the day comes and deficit financing turns out to be politically easier than financing via taxes on profits, then one should have no qualms and opt for deficit financing. This latter would, of course, be much better than doing nothing.

Julio López Gallardo is a retired professor of the Universidad Nacional Autónoma de Mexico and a member of the Sistema Nacional de Investigadores of that country. He is the co-author (with Michael Assous) of Michal Kalecki (Palgrave-Macmillan, 2010).