It’s time to stop handing over the keys of state administrations to generalist private consultancy firms.

‘Is it normal that an administration such as our Ministry of Health is not able to fulfil a number of tasks that should be within its remit?’ This question was asked by a French senator during the hearings on the role of the McKinsey consultancy in the coronavirus vaccination campaign and it concludes an investigation by European Federation of Public Service Unions into increasing transfer of functions from the state to the private sector.

A report from (EPSU) and its affiliates, produced with the University of Greenwich, examines the scale and impact of privatisation in all its forms—public-private partnerships, outsourcing, consultancy—in the state administrations of a dozen European countries and the European Commission. It highlights, for the first time, the European dimension of the growing role of consultancy firms, which have become increasingly influential players in public administration.

The EPSU has been investigating the commercialisation of public services—such as health and social services, local and regional administration, and immigration detention centres—for a long time. This has been driving down employment and wages while weakening the trade union presence and social dialogue, and ultimately services to citizens financed by their taxes. It skews the public interest in favour of corporate greed and the lowest-paid workers and most vulnerable citizens suffer the consequences.

State administrations have long outsourced ‘auxiliary’ functions, such as cleaning, reception and security, to companies offering low wages. But they have increasingly turned to expensive consultancies to carry out the core tasks of the state, including drafting public-policy and legislative initiatives, public contracts and public-sector restructuring plans … with the latter proposing staff cuts and hence creating a need for more consultants.

The use of consultancy firms often goes unnoticed because it is seen as a transfer from the public to the private sector which also generates jobs. These firms—Accenture, McKinsey, PwC, EY and Deloitte, to name the best known—offer much more than advice and are becoming ‘para-governments’, with their own political agendas, raising concerns about transparency, accountability and the cost of public services.

In 2019-20, organisational consultancy for the public sector grew to 14 per cent of the total cost of such consultancy in Europe. The figures range from 31 per cent in Greece to 22 per cent in Denmark and the United Kingdom, 17 per cent in Spain and 9 per cent in Germany and France.

Outsourcing is not a choice but a necessity. Previous EPSU reports have denounced the decline in employment in, for example, tax administrations or labour inspectorates. The employment limits imposed on many ministries and the directorates-general of the commission have led to the use of outsourcing and consultancy firms, to do what public authorities can no longer do.

Austerity has been an ideal breeding-ground for this privatisation, which has deprived the public sector of vital in-house skills and knowledge, especially in the area of digitalisation. These ‘gaps’ have been filled by consultants at a much higher cost, who then apply ‘private sector’ techniques, creating a higher demand for consultancy services. This expenditure is not reflected in staff costs. The use of consultants is thus a way of circumventing any potential rules on freezing or cutting staff.

The ‘consultancy culture’ also contributes to the phenomenon of staff leaving the public sector for the private sector—only to return as private consultants. It is often thought that these consultants bring expertise, but what happens is that they take expertise away from the public sector and, paradoxically, increase bureaucracy.

The final part of the latest EPSU report, based on interviews with affiliates, shows that restoring services internally is not a fantasy but part of the answer to regaining control of public administrations. Through strong trade union mobilisation and groups defending public services and the transparency of institutions, it is possible to reclaim public services, as with cleaning services in the Netherlands and statistical services in Sweden. This must be a priority for the entire trade union movement.

It is also important to fight for more public investment to strengthen states’ capacity to fight tax avoidance by large companies, including consultancies (with more tax inspectors), and violations of workers’ rights (with more labour inspectors)—as well as to improve services to citizens.

Finally, the use of consultants should be limited—some would say banned. The European ombudsman, Emily O’Reilly, accused the BlackRock investment fund of having produced a report on banking supervision for the commission at a very low cost—presumably, to influence the European executive’s policy decision affecting more than 500 million people. Such examples show that these consultancies do not act in the public interest but in their own.

In Austria, the federal administration has decided to make less use of consultants, as a large-scale reform of the public sector by consultancy firms has brought the sector into disrepute. In France, following the McKinsey tax-evasion scandal, there is talk of reducing their presence and no longer using them automatically.

The evidence shows that the public sector, when properly resourced and responsive to the real needs of our changing society, is capable of delivering effective, quality services, democratically controlled by our elected representatives and accountable to courts of auditors and journalists. Public services can promote genuine collective bargaining with trade unions and put people—not profits—and citizens’ interests first. That is the public future trade unions must build.

Private-sector consultants cannot be allowed to take over the public sector. This is tantamount to handing over the keys of state administrations to private consultancies. It has a devastating effect on the confidence of citizens in the integrity of public administrations when they making decisions in the public interest, especially since consultancies serve several masters for a fee.

Public authorities must abandon these practices—otherwise they may be financing their own destruction. 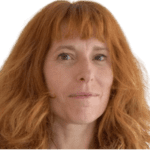 Nadja Salson is a policy officer at the European Federation of Public Service Unions.