Occupational cancer is the prime cause of work-related deaths in the European Union, with as many as 78 per cent of recognised occupational cancers related to asbestos. In 2019 alone, more than 70,000 people in the EU died from past exposure to asbestos at work.

In late September the European Commission published the first part of a package to improve protection for workers. This would lower the limit for occupational exposure to asbestos. In response to a European Parliament resolution of a year ago, the commission also presented a communication announcing related initiatives, on asbestos disposal and ‘green’ renovation, due in the spring.

The commission proposes to reduce permitted occupational exposure to asbestos by a factor of ten, from 100,000 to 10,000 fibres per cubic metre (f/m3). This ceiling would however still be ten times as high as that demanded by the parliament, supported by the trade unions—1,000f/m3. Dropping the bar to 10,000f/m3 would require employers to do little or nothing to improve health and safety for workers: they would merely align on a standard already matched or bettered in the Netherlands, Denmark, France and Germany. A new status quo would be established, rather than stepping firmly towards an asbestos-free Europe.

These instances show that this is not only what workers need but is also feasible. The Dutch benchmark is already 2000f/m3 and there is pressure in the Netherlands for that to be lower still.

There is an average lag of 30 years between exposure to asbestos and the first signs of disease, stretching even to 40 years. Not setting a strict limit now would constitute a clear political choice, knowingly to disregard the health and safety of successive cohorts of workers. Lowering the limit is an urgent battle for European unions, led by the the European Federation of Building and Woodworkers (EFBWW), the European Federation of Public Service Unions (EPSU) and the European Trade Union Confederation (ETUC).

All forms of asbestos have been banned in the EU since 2005 but it lingers in older buildings—an estimated 7.3 million workers are exposed. The vast majority are in construction but those working with waste, firefighters and other emergency-services workers are also placed at risk.

Over 220 million building units predate the ban and very likely contain asbestos in many places. As these building age while incentives for green renovation increase, asbestos will remain a daily reality for many.

Only a few workers are however professionally qualified to remove asbestos safely. Many others are accidentally, yet frequently, exposed. Their protection and qualification are crucial, especially in connection with the European renovation wave.

The EFBWW calls on the commission urgently to present minimum standards for both specialist and incidentally-exposed workers. Disposal and waste are inherent in large-scale renovation and the health and safety of these workers must become integral to the legal and policy framework for protection.

Moreover, when any of these building units suffers a fire or explosion, collapses or is flooded, firefighters and other emergency workers arrive on site. Yet they have neither information as to whether the site contains asbestos nor adequate personal-protection equipment.

The exposure and contamination cycle does not even end with disposal and the conclusion of emergency operations. Equipment and clothing need to be fully decontaminated—not just cleaned.

This requires proper protocols and means. Yet many firefighters across Europe do not have enough clothing to change: in Italy, for example, they have two jackets and a helmet each, for use in all operations—no matter what contaminant, including asbestos, they encounter.

Exposure of firefighters to carcinogens is so high that in July the International Agency on Research on Cancer of the World Health Organization reclassified the profession of firefighting as itself carcinogenic. Moreover, families, friends, colleagues and emergency-services users may be secondarily exposed, via reused clothing and equipment. EPSU and its affiliates across Europe are working hard to promote decontamination in fire stations, to ensure the health and safety of firefighters and prevent contamination of the general population.

EPSU thus supports the call by the European Parliament for national asbestos registries. These should be fully accessible to firefighters and other emergency services, so that workers can be aware when they will be operating on a site where asbestos is present and can keep a log of exposures across their working life.

The commission touches on a number of these issues in its communication—and initiatives, including legislative, are promised. The EFBWW and EPSU however expect a more ambitious approach to a political, legal and financial framework for asbestos removal in the EU, such as the parliament has demanded. 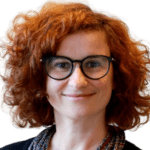 Paola Panzeri co-ordinates the local and regional government sector, including the firefighters’ network, and the women's and gender equality work for the European Public Services Unions (EPSU).  In 2021 she was elected vice-president of the Women’s Committe of the European Trade Union Confederation. 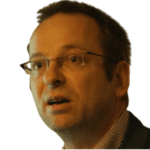 Rolf Gehring worked from 1979 until 1992 as engine fitter in the metal industry, active as a works council member and in various roles in IG Metall. Later he studied education science and sociology at Hannover University. From 1998 until 2002 and since 2006 he has been working for the European Federation of Building and Woodworkers (EFBWW), today responsible for vocational education and occupational safety and health.