The Biden administration’s ambitious spending and investment programmes have already proven highly successful in the country’s most dynamic state.

The United States president, Joe Biden’s, first months in office have been impressive. The number of Covid-19 vaccines that have been administered is more than twice what he promised and the spread of the coronavirus has slowed sharply. In the first quarter of this year, the US economy grew by 6.4 per cent (the fastest quarterly rate since 1984), owing to monetary and fiscal stimulus and the broader reopening of the economy.

Economists at Goldman Sachs expect the 2021 US growth rate to be the fastest in three decades and recent research by the McKinsey Global Institute finds significant acceleration in productivity growth to follow. Under Biden, consumer confidence has rebounded: 55 per cent of voters feel good about the state of the economy, up from 43 per cent when he took office and 34 per cent in May 2020.

Many commentators have compared the Biden administration’s economic agenda to Franklin D Roosevelt’s New Deal or to Dwight D Eisenhower’s post-Sputnik expansion of federal science and infrastructure spending. But the best analogy for Bidenomics is California, which has pioneered a strategy of innovation-based sustainable and inclusive growth.

A fundamental component of both Bidenomics and California’s economic strategy is robust world-class research to support innovation in global growth sectors. It is these sectors that will drive productivity growth, create good jobs and fuel US exports and wealth creation now and in the future.

California has led the US (and the world) in innovation since World War II. It is home to a first-rate public college and university system, private universities such as Stanford, CalTech and the University of Southern California and six federal research labs (along with hundreds of private ones). While sceptics have once again been proclaiming the impending demise of the California economy, the state has in fact extended its lead in the innovation economy during the pandemic.

A few indicators demonstrate the point. In 2020, more than 440,000 Californians started a new business, up 22 per cent from 2019 and far exceeding all other states (not adjusted for population).

Moreover, in 2020, 50 per cent of the country’s venture-capital funding went to California—double the combined share of the next three states (New York, Massachusetts and Texas). Of approximately 750 venture funding rounds or initial public offerings with valuations exceeding $1 billion, roughly 494 have been in California (San Francisco alone has had more than Texas, Florida and North Carolina combined). And 17 of the 22 US startups ever to have been valued at $10 billion or more in a funding round are based in the San Francisco area.

Whereas the 236 publicly listed companies in Silicon Valley, Salinas Valley and Monterey Bay had a combined market cap of $4.75 trillion a year ago, that figure has now surpassed $8.5 trillion, implying 80 per cent growth in one year (and during a recession, no less).

Although the rest of the US cannot become another Silicon Valley, new mechanisms to spread investment and venture capital more broadly around the country certainly would help the national economy, not least by helping firms everywhere take advantage of remote work and other pandemic-driven trends. Likewise, a more open immigration system would allow the US to tap into a global pool of talent. It is worth remembering that around half of all Fortune 500 companies in the US were founded by immigrants or their children.

California has benefited greatly from its leadership in the innovation economy. With a highly progressive tax system that taxes capital gains as income, approximately 90 per cent of the state’s income-tax revenues come from the top 10 per cent of taxpayers. And because innovation drives so much growth in the state’s capital and property markets, it generates a large (but volatile) revenue base with which to invest in education, infrastructure and safety-net programmes. Even during the Covid-19 recession, California maintained a budget surplus, now projected to reach a record $75.7 billion for 2021-22.

That surplus is important for another reason as well. Like much of the rest of the world, California is already experiencing the direct effects of climate change. Wildfires and droughts have become annual events, as have hurricanes and floods in other parts of the country. A combination of drought conditions and record-breaking temperatures caused extensive fires throughout the state in 2020 and the dangers are even greater this year, which is why the governor, Gavin Newsom, has proposed significant increases in fire-prevention and forest-resilience measures in the 2021 budget.

Unlike many other parts of the country, California has taken the lead in adopting policies to reduce carbon-dioxide emissions and build a more resilient infrastructure. Through strict emissions and air-quality standards, carbon pricing and public support for electric vehicles (the state’s largest export product in 2020), high-speed rail and clean energy, the state is increasingly decoupling its growth from a carbon-based economy.

The Biden administration wants to pursue similar actions nationally. America has rejoined the Paris climate agreement and Biden is seeking congressional approval for billions of dollars in investments in clean power, electrification of transport and buildings, low-carbon manufacturing, public transport and other key features of a green economy.

The early public response to Bidenomics is extremely positive. With the exception of some Republican voters, many of whom still believe the 2020 election was stolen from Donald Trump, supermajorities of citizens (including Republicans) support key elements of the American Jobs Plan and the American Families Plan. Around 68 per cent of Americans support the Biden administration’s infrastructure proposal, and 64 per cent support its plan to expand health care, childcare and other family programmes.

Members of Congress should listen to their constituents and take a page from California’s playbook. A new era of sustainable, inclusive growth awaits.

Laura Tyson, former chair of the US president's Council of Economic Advisers, is professor of the graduate school at the Haas School of Business and chair of the Blum Center board of trustees at the University of California, Berkeley. 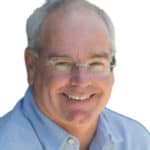 Lenny Mendonca, senior partner emeritus at McKinsey, is a former chief economic and business adviser to Governor Gavin Newsom of California and chair of the California High-Speed Rail Authority.