The world must engage with Joe Biden’s proposal for a minimum corporate-tax rate.

History has taught us not to have too many expectations when a new tenant is installed in the White House. We should however applaud the good initiatives of the United States administration, such as the decision last month to back patent waivers for Covid-19 vaccines so they can be produced in other countries. But that is not all. Joe Biden may also be on the verge of profoundly changing development funding, by tackling an issue he was not expected to address—taxation.

To part-finance its $1.9 trillion recovery plan, Washington wants to look for the funds where they are—in the bank accounts of the wealthiest and the multinationals. To this end, the new administration seeks, among other measures, a minimum corporate-tax rate of 21 per cent on the profits of companies abroad. This means that, for example, subsidiaries of US multinationals established in Ireland, where the rate is 12.5 per cent, will immediately pay an additional 8.5 per cent to the tax authorities in their home country.

This is, of course, a unilateral decision, but it is also a great opportunity for the rest of the world. A global minimum tax is one of the main recommendations of the Report on Financial Integrity for Sustainable Development, presented last February by a United Nations high-level panel (FACTI) of which I am a member.

If endorsed by Congress, and followed by a significant number of countries, the Biden administration’s proposals would be the biggest shake-up in corporate taxation in decades. Multinationals would no longer have an incentive to disguise their practices by artificially concentrating their profits in low- or no-tax jurisdictions. It would effectively mean the end of the ‘tax haven’ business model.

Under pressure from some countries in the European Union, and facing resistance from others such as the United Kingdom, the US  reduced the ambition for a global minimum corporate tax to a low level of ‘at least 15 per cent’. The aim was to convince the majority of the 139 countries discussing international corporate taxation within the Organisation for Economic Co-operation and Development’s ‘inclusive framework—a perverse name considering the gap between the negotiating capacities of the major powers and those of the other countries involved. Washington insists however that the US will itself be more ambitious, taxing its multinationals’ subsidiaries at 21 per cent while calling on other major capitals to follow suit.

With the G7 (the group of seven most industrialised countries) due to make an announcement on the issue this weekend in London, one would hope that France, Germany, the UK and Italy in particular will follow the US lead. We cannot give in to the blackmail of the multinationals, which claim that a 21 per cent rate would be excessive—and would apparently harm developing countries, depriving them of a valuable tool to attract investment.

This is a specious argument, although bizarrely (given its developmental role) taken up by the president of the World Bank, David Malpass. When a multinational company considers where to locate a production unit, tax advantage does not take pride of place at all on the list of criteria to be considered. In fact, it appears well behind others, such as the quality of infrastructure, the education of workers or legal security.

The Independent Commission for the Reform of International Corporate Taxation (ICRICT), which I chair alongside such economists as Joseph Stiglitz, Thomas Piketty, Gabriel Zucman and Jayati Ghosh, believes the minimum tax rate should be 25 per cent worldwide. In the OECD negotiations, the final rate will probably be between 15 and 21 per cent.

But presenting the lower end of the range as a victory would be a big mistake. It would mean less money for health programmes, education, investment and economic recovery, after the ‘whatever it takes’ approach many governments have adopted amid the pandemic.

The European Tax Observatory, run by Zucman, just considered several scenarios, depending on a range of rates. An international agreement on a minimum rate of 25 per cent—as supported by the ICRICT—would allow the EU to raise its tax revenues by €170 billion in 2021, an increase of 50 per cent on today and equivalent to 12 per cent of EU health spending. With a 21 per cent minimum rate (Biden’s proposal), the EU would collect about €100 billion more. Moving to 15 per cent would halve that gain to €50 billion.

Of course, it is imperative that the additional revenue generated by a global minimum tax be shared equitably between the home countries of multinational companies, such as the US, and the developing countries where their activities—workforces and raw materials—are sourced. We want multinationals to pay their fair share but that needs to happen everywhere—not just in the US and other rich countries. The Intergovernmental Group of 24 (G24), a body representing emerging economies such as Colombia, is requesting that, in some circumstances, these economies should have priority in taxing profits shifted to tax havens.

Suppose a US multinational has activities in Colombia but declares its profits in Panama, where taxes are extremely low. With the system the Biden administration wants to introduce, the tax authorities should be able to recover the difference between the rate in Panama and 21 per cent. In this case, the G24 wants Colombia to take priority in taxing these profits declared in Panama, and for the US not to apply this minimum tax. That way, Colombia, the emerging economy where the multinational’s activities actually take place, would get its fair share of taxes paid, before any other countries.

To achieve this, it is obviously desirable to reach a global agreement. To obtain an equitable distribution of resources, however, it would be enough for a coalition of countries to show their willingness. Mobilising the G20 countries—the world’s top 20 powers—would change the whole picture, as they account for more than 90 per cent of global corporate-tax revenues. Here again, we hope for more ambition from the Europeans.

This would be a strong political gesture, but it can no longer be postponed. The pandemic has caused the worst combined sanitary, economic and social crisis in a century. We cannot miss the opportunity to respond to this challenge, by rebuilding societies that are not only more prosperous but also just and equitable. 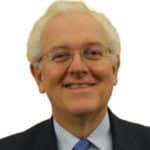 José Antonio Ocampo is a professor at Columbia University, chair of the Independent Commission for the Reform of International Corporate Taxation (ICRICT), a former finance minister of Colombia and executive secretary of the United Nations Economic Commission for Latin America and the Caribbean.