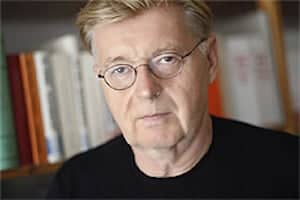 The American philosopher Martha Nussbaum summed up her study of ways to overcome the politics of fear (The New Religious Intolerance: Overcoming the Politics of Fear in an Anxious Age, 2013) as follows:

Our time is genuinely dangerous. As we have seen, many fears are rational, and appeals to fear have a role to play in a society that takes human life seriously.

Her remark calls to mind the epoch-making idea of American president Franklin D. Roosevelt that freedom from fear ought to count as one of the crucial fundamental rights of our time, and that any democracy worthy of the name ought to insure that it is respected.

That is the reason why modern governments should neither deny nor repress the anxieties that continually well up from the depths of the human psyche by attempting to conceal them behind a glittering facade. Instead, they should face them openly and with a sense of responsibility. The crucial first step in this direction is to acknowledge the anxieties; the second is to rely on reason to trace them back to their concrete causes, i.e., the factors that really should be feared, so that they may be overcome by a common effort. In this vein Roosevelt phrased his appeal to his countrymen in the following way: I know your fears, and together we will conquer them – not by weeding out the weaker, but by including everyone in the quest for the best solution.

Adopting that principle, the New Deal crafted policies against fear that worked well and – no less important – were widely accepted throughout society. Thus, American policies to bolster civilization during the Great Depression stand in stark contrast to the National-Socialist policies designed to instrumentalize fear by annihilating social minorities previously cast as scapegoats. Those policies took the shortest road into barbarism.

In brief, fear can be a good or bad guide, depending on how we use it: in an open, inclusive spirit or in a crabbed, exclusionary way. It is irresponsible to instrumentalize existing fears for demagogic purposes. In that case, issues about which society needs to reach a shared, reasonable consensus get pushed off into the realm of the irrational. Scapegoats are created on whom people can vent their pent-up anxieties. The latter process amounts to ignoring the real causes of those anxieties. By contrast, it is rational to confront fears on a political level, since we then can transform vague dangers into well-founded apprehension of clearly identified threats, thereby motivating people to undertake the common efforts required to overcome them. For example, the fear experienced by the supporters of the anti-immigrant organization known as Pegida (Patriotic Europeans against the Islamization of the West) is real, and its original motives were respectable. It was not until the organization was diverted into creating broad-brushstroke images of Islam as the enemy and attacking the media and the »political caste« that its strategies proved to be reprehensible and dangerous. A movement such as Pegida will never enable us to find and eliminate the true causes that have given rise to such fears.

We may cite two examples of ways in which fear can be dealt with productively: »the social democracy of fear« spoken of by Tony Judt in Ill Fares the Land and the »heuristics of fear« described in Hans Jonas’ book, The Imperative of Responsibility. Both continue to be relevant because they appeal to a specifically defined anxiety or fear, which can be converted into a powerful motive for a brand of politics that is in the common interest. Such a politics would seek to avert a pressing danger that is receiving too little attention because of our society’s penchant for repressing unpleasant phenomena. The two authors particularly seek to address latent fears in order to avert the dangers inherent in them while there is still time to do so. There is a risk that, if one waits too long to confront fears, the very thing that people fear may come true. Judt is concerned with reinforcing the social foundations without which no modern democracy can last, a project the importance of which increasingly is being forgotten.

Democracy itself is in danger, because we tend to forget the reasons that led to the social-democratic compromise in the first place: reasons associated with the Great Depression in the United States and Scandinavia and its aftermath in Continental Europe. It is that compromise that furnishes the solid underpinning of democracy wherever it has endured. Today, the unprecedented advantages of that historic compromise are so taken for granted that we are barely aware of its existence. The memory of its social origins in the existential crisis of democracy is fading. What we do see, by contrast, are its disadvantages, although these are relatively minor. For that reason younger people, especially, neither grasp its attractiveness nor feel any urgency to preserve it. And that renders them defenseless against the attacks of those who have been waiting a long time to corrupt the moral foundations of the social democratic compromise.

The social democracy of fear ought to be a wake-up call for the entire society, reminding us that the fate of democracy in Europe would be sealed if we acquiesce in the dismantling of its historical foundations. If we could mobilize anxiety, and/or the concrete fear of what would happen to most people if those foundations were destroyed, we might be able to create an emotional and social power capable of resistance. It would be comparable to the historical anxieties that originally moved the great beneficiaries of the capitalist market economy and the workers’ movement to reach the social democratic compromise. The latter included several key clauses: the market economy, yes, but only if supplemented by political regulation and the universal social state; private ownership of the means of production, yes, but only when strictly limited by labor laws and the power of labor unions (economic democracy).

By means of this appeal to fear, Judt hopes to recreate the experience that once made the social democratic compromise so compelling to the entire society and thereby insure that people will not have to relive it in reality all over again.

Hans Jonas’ concept of a »heuristics of fear« can be compared to Judt’s approach. He is proposing a method that would enable and motivate us to oppose the destruction of the natural foundations of civilization before it is too late. It entails the imperative to think concretely about the risks and dangers that might arise under the worst case scenario whenever we undertake large-scale interventions in nature, ones that might threaten the natural systems upon which life depends. We are to imagine as vividly as we can the experiences that we would be inflicting on successor generations due to our actions in the present. The heuristics of fear is supposed to force us to break through the armor of repression (»Oh, it could never be that bad«) before we act, so that we can do justice to our obligations vis-à-vis the generation to come.

Obviously, anxieties will always be present wherever human beings live and act, and their realistic core is mostly productive. Their repression rarely results in anything good and never lasts long. For the »risk society« that we currently have, the examples adumbrated above show how fears can be dealt with in a productive as well as socially and ecologically sustainable way. In that respect they may point the way toward a better approach to fear.

Thomas Meyer is Professor Emeritus of Political Science at the University of Dortmund and Editor-in-Chief of the journal Neue Gesellschaft/Frankfurter Hefte.