Tackling gender-based violence, on which an EU directive proposal is expected today, is key to restoring momentum to the feminist cause.

On International Women’s Day, it is opportune to recall its origins more than a hundred years ago, when it was closely tied to its socialist roots. It was to establish itself as a day of activism under the impulse of feminist ‘second-wavers’ in the 1960s. Their claims still loom large: tackling persistent gender-blindness across policy domains, economic empowerment, reproductive autonomy and the elimination of violence against women.

It’s a legitimate question to ask, over half a century and a devastating pandemic later, where we stand on gender equality in the European Union. Taking stock in 2022, progress has recently stalled, with serious risks of regression.

According to the Gender Equality Index 2021, compiled by the European Institute for Gender Equality (EIGE), the fragile gains Europe has made are imperilled. Far from being able to rest on one’s laurels, given some seeming advances, the data indicate that the EU gender pay gap has only marginally decreased, from 16 per cent in 2010 to 13 per cent in 2020. Indeed, it has even increased in some central- and eastern-European countries, due to deeply-rooted patriarchal social norms and stereotypes.

Unlike the 2008 financial crisis, the pandemic provoked a widespread ‘she-cession’, placing women at much higher and more immediate risk of job and income loss, while precipitating an alarming surge in gender-based violence. Lockdowns created enabling environments for physical, psychological, sexual and economic violence against women and girls, with limited access for victims to support services. The restrictions and economic uncertainties however merely compounded existing inequalities between women and men, with enduring consequences likely to outlive the pandemic.

Resisting the temptation to blame it all on the virus, we should not lose sight of the fact that this ‘shadow pandemic’ of gender-based violence—as the United Nations secretary-general, António Guterres, put it—stems from a long-term systemic phenomenon which knows no geographical boundaries, despite abrogating universal human rights and contradicting European values.

Moreover, members of certain social groups face heightened risk of misogynist violence. A third of women with disabilities (34 per cent) have suffered intimate-partner violence in their lifetime, compared with 19 per cent of others. About half of lesbian and three-quarters of bisexual women report having experienced gender-based violence in public, in contrast with one third of heterosexual women.

Not only does gender-based violence cause acute pain and suffering to the victims. It also places considerable costs on the economy and society as a whole. According to EIGE’s estimate, the resulting price to pay by the EU amounts to €366 billion annually—that’s close to half the cost of the EU’s historic recovery instrument, but every year.

Despite the undeniably urgent need for action to end gender-based violence, heavy structural, economic and cultural barriers stand in the way. Persisting stereotypes and gender-blind approaches to laws and policies continue to cause delay. While monitoring is a challenge because of a serious lack of data, what is often missing more than the data is real political will—conveniently dismissing the issue as a ‘private’ matter, not worthy of public attention.

Rhetoric against ‘gender ideology’, present in several member states, has been mirrored in political clashes in the European Parliament over the Council of Europe’s Istanbul convention, drafted in 2011 but still not ratified by the EU as a whole, though it constitutes one of the most progressive blueprints to address gender-based violence and is the only available, legally-binding, international tool.

International bodies and treaties nevertheless converge in explicitly recognising gender-based violence as ‘a form of discrimination that seriously inhibits women’s ability to enjoy rights and freedoms on a basis of equality with men’. In this spirit, national and local measures are starting to emerge across the union.

This year Spain will be the first country in Europe to record all femicides officially, placing the left-wing government in a pioneering role in acknowledging the power dynamics at the root of gender-based violence. Belgium will use the EU recovery funds to support women victims of violence through dedicated social-housing investment. Finland foresees legislative reforms to include consent-based definitions of rape and to protect victims’ rights better. To date, 14 countries have adopted national action plans to address violence against women.

In spite of these promising practices, policies however remain uneven and patchy. According to the independent Group of Experts on Action against Violence against Women and Domestic Violence, which monitors implementation of the Istanbul convention, in many cases they are rendered unfit for purpose due to a lack of gender-specific legislation.

The EU must live up its fundamental values of equal opportunity and the right of non-discrimination by offering a minimum standard of protection across the EU to combat gender-based violence effectively. Echoing the calls of women’s rights movements such as the European Women’s Lobby, these efforts should be multi-layered.

Ratification of the Istanbul convention must be topped up with a legislative proposal on combating violence against women and domestic violence. This would not only align the EU with the Council of Europe but address forms of violence not foreseen a decade ago, such as cyberviolence or intersectional manifestations. Challenging the underpinning social norms will also require removing all obstacles facing women—through adequate pay transparency, minimum-wage standards and a fair distribution of care responsibilities.

In line with the European Parliament’s resolution of last November, the time is ripe for the EU to include gender-based violence in the areas of serious crime listed in article 83(1) of the Treaty on the Functioning of the European Union (‘eurocrimes’). This would not only offer an effective remedy to this endemic concern but signal that on gender equality the EU legislative framework was moving beyond a purely economic purpose—such as equal pay in article 157—to a social rationale.

For the EU to achieve such a transformative approach to equality with a unified voice, it will above all need to bolster consensus, rather than division, around a recognition that what was hitherto deemed ‘private’ in some countries is now legitimately a public concern—or, as the second-wavers put it, that ‘the personal is political’. 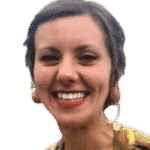 Laeticia Thissen is the gender-equality and women’s-rights policy analyst at the Foundation for European Progressive Studies.