In our ‘Europe2025’ series, setting the agenda for the EU in the new term following the coming elections, Peter Scherrer outlines a project for rethinking Europe from a trade-union perspective. 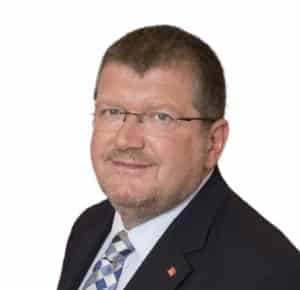 Nearly 700 delegates will be debating the future of our continent at the 14th congress of the European Trade Union Confederation, just before the elections to the European Parliament. Needless to say, trade unions focus on social and economic policy. The congress will formulate the European trade-union movement’s demands and objectives.

Making these trade-union claims part of European policy will however not be easy. The European political landscape has changed fundamentally.

Right-wing populist and anti-European parties are not only represented in national parliaments—they are in government. There is the unanswered question of a unified refugee and migration policy. There is no convincing and effective European response to the dangers of climate change. The further division of Europe into the ‘rich north’ and ‘poor south’ could bring the EU to breaking point. And then there is the pervasive problem of ‘Brexit’.

All this seems to leave little room for the question to which we need a quick answer: how can we reform the European Union so that it becomes better, more transparent, more efficient and more capable of action? A thorough overhaul and reorientation of governance, funding and institutions is inevitable. Trade unions must also participate in this process in the coming years.

The unions need to use all their energy to develop, apply and defend their political ideas in at least two main directions in the coming legislative period. First, they must come up with detailed proposals in all the areas that make Europe more social. These include social policy, labour-market policy, active collective bargaining, employee-participation rights, occupational health and safety and much more.

Secondly, unions need to make an active contribution to the reconstruction and expansion of the ‘European project’, with equal energy and perseverance. If we want to safeguard freedom, peace, democracy and a tolerant society on a lasting basis, we need to rebuild Europe. If European values and ideals are to remain a reality—and to be reinstalled, where they have already been shrugged off—then we must act now.

Visions need concrete policy proposals to become reality. The trade unions must actively participate in the reform of European institutions and structures. This requires a systematic and well-structured internal debate, to make the common, binding and convincing voice of employees heard in the European political arena. I would like to encourage an exchange of ideas with the following suggestions:[1]

If trade unions want to be actors in shaping a new Europe, they must debate, develop and fight for their positions now. Do we want to be a cork in the current, or the water itself? Leaving Europe’s future to politicians is not an option.

This article reflects the personal opinions of the author and does not represent the position of the European Trade Union Confederation. In advance of the European Parliament elections, he is working to preserve and develop a free, democratic and social Europe. This contribution is influenced by an intensive debate about the future of Europe with the ‘thorough European’ Reinhard Kuhlmann (former general secretary of the European Metalworkers’ Federation).