Europe’s central bank is under pressure to raise interest rates to counter rising inflation. It should resist it.

The central bank of the United States has raised key interest rates by 0.25 percentage points; further rate hikes are to be expected this year. Should the European Central Bank follow the Federal Reserve by raising interest rates soon and significantly, as some economists and policy-makers urge?

In fact, there are several good reasons for a more expansionary monetary policy in the euro area than in the US.

Over the last year, inflation in the US has consistently been much higher. True, in recent months in the eurozone annual inflation has also been above the ECB’s 2 per cent target. But the rise in inflation in the US has covered a wider swath of goods and services. In the euro area, energy prices are driving inflation much more, largely stemming from the geopolitical and economic consequences of events in Ukraine. Raising the key interest rate would not be an effective tool to affect energy prices: it would rather cause broad-based collateral damage in an economy already hit by war.

In any event, the central bank cannot immediately control inflation in this way. An interest-rate hike makes borrowing more expensive; companies reduce their investments and consumers spend less; economic growth and employment are retarded; this subsequently reduces wage growth and inflation. The lag can be up to 18 months. Hiking interest rates is thus a blunt instrument in its timing as well as its targeting.

The prices of durable goods change more quickly than those of services; they also rely on complex global supply chains. Spending on durable goods increased during the pandemic: higher-income households bought new cars, furnishings, bathrooms and so on, while customers stayed away from restaurants, concerts and other services. Meanwhile their supply was disrupted by lockdowns and other measures—with no sustainable change in sight, given the global prevalence of the Omicron variant and the recent lockdowns in Chinese megacities supplying the technology sector.

Some manufacturers have used this constellation of high demand and insufficient supply to increase prices significantly, while prices for services have remained much more stable. Again, interest-rate hikes are not appropriate to address such relative price changes.

In the euro area, there are moreover no signs of the wage-price spiral feared by many: wage growth was recently just 1.6 per cent year-on-year. Even if we assume that wages will rise more this year, their growth would have to double to 3 per cent (assuming typical productivity growth of 1 per cent) to make a difference to the ECB’s inflation outlook.

A wage-price spiral is more of a serious concern in the US—less affected by the Ukraine war which will dampen economic activity in the euro area and so militate against a demand-driven, across-the-board acceleration of inflation. The US labour market is humming due to the fiscal policy pursued by the administration of Joe Biden to recover from the Covid-19 crisis, much more expansionary than in the eurozone.

Short-time work was not deployed in the US to combat the pandemic and there were more layoffs, but a wave of hiring quickly followed. As a result, nominal wages in the US are rising markedly in some industries, as companies compete for workers.

Against the backdrop of the still-recent eurozone crisis, particular caution is called for when considering tighter monetary policy. Interest rates on government bonds in Italy and some other eurozone countries could rise abruptly and steeply, given major financial-market uncertainty. And a contagious panic could set in on the bond markets, even if the increase in interest rates were rather small. To avoid euro-area fragmentation, this could force the ECB to increase bond purchases once more, having only just decided significantly to reduce them.

The most effective anti-inflation measures are not within the remit of central banks. They lie in getting a global grip on the pandemic, ending the Ukraine war and solving the supply-chain problems. Governments have an important role to play in fighting inflation, such as by monitoring supply chains and by strengthening competition policies to counter price-fixing and profit-price spirals involving companies with market power. As long as the war drives up energy and food prices, further compensatory measures by governments will be needed for low-income households, particularly affected by price increases.

Interest-rate hikes by the ECB remain an option for the future—if higher long-term inflation expectations or a wage-price spiral were to become more realistic. But there is no indication of this, and targeted fiscal and regulatory policies can help prevent it.

In the current environment of the Ukraine war, there are major economic and political uncertainties. The overall economic situation in the euro area is meanwhile considerably more fragile than in the US. Against this background, it would be a mistake for the ECB to emulate the Fed’s interest-rate hike. 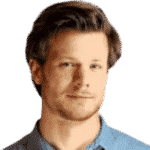 Philipp Heimberger is an economist at the Vienna Institute for International Economic Studies (wiiw) and at the Institute for Comprehensive Analysis of the Economy (Johannes Kepler University Linz).