Converting to an economy based on need rather than accumulation is not just an ecological imperative but a social desideratum.

Criticisms of the depredations of economic growth go back a long way. This year marks the 50th anniversary of the publication of The Limits to Growth. But the warnings about the planet’s finitude by its authors, Denis and Donella Meadows, have been lamentably ignored.

The report found a global audience and the future president of the European Commission Sicco Mansholt proposed that Europe adopt an economy based on ‘growth below zero’—which undoubtedly would have enabled us to avoid climate change. But policy-makers from all parties and economists such as William Nordhaus made every effort to strangle the project at birth. The social and economic crises which were to strike the industrialised countries with the oil-price shock of that time and the subsequent onset of neoliberalism definitively buried it.

Only at the end of the 1990s was such a critique once more able to secure a hearing, with evidence of the tangible impacts of human activity on the climate and biodiversity and elaborated criticisms of gross domestic product as an indicator of ‘progress’, fetishised during the trente glorieuses. Colleagues and I pointed out that GDP took no account of activities essential to social reproduction—including domestic, family, political and charitable activities—and so was unable to chart resources without which societies would be unable to survive: our natural heritage and social cohesion.

We argued that GDP should be abandoned as a target and identified alternative, but complementary, indicators such as carbon ‘footprints’ and an index of social health. Forgoing the objective of raising the rate of economic growth to focus on satisfying the needs of all, while remaining within planetary limits, should be the ambition of contemporary societies caught up in the Anthropocene. We call this stance ‘post-growth’.

But is a post-growth society feasible? Wouldn’t the fashionable ‘green growth’ or, alternatively, ‘degrowth’ be better?

A developing body of work—including recently by the European Environment Agency—shows that green growth is a ‘myth’. Without technological breakthroughs not yet even on the horizon, growth, whether ‘brown’ or ‘green’, is still going to be accompanied by greenhouse-gas emissions incompatible with the Paris Agreement. As for degrowth, while its aims are commendable, the very word is so alarming that it risks provoking resistance among populations already laid low by financial and social crises.

Post-growth is not the opposite of growth. There can be no question of slamming the brakes on and to do so without preparation would be catastrophic. Adopting post-growth as an objective would require meticulous planning, at every level: international, European, national and local.

It would entail nothing less than the complete ecological conversion of our economies, changing our paradigm and the indicators on which we consequently rely. Humanity would have to be reintegrated into nature and renounce its exploitation for profit. Agriculture, modes of consumption, production, travel and transport would all require transformation.

This would not only demand major investments. The inevitable recomposition of the workforce would urgently have to be addressed. The oil, gas, automobile and aviation industries need to start the conversion of their workforces without delay. Despite what is often claimed, hydrogen-powered planes or electric vehicles will not be sufficient to reduce emissions to the necessary extent.

Such enormous shifts in the labour market, carried out in less than 20 years, will require painstaking organisation and support. Even European Union member states have never really managed to organise restructuring properly, for example in coal, steel and textiles: too many workers have lost their jobs or been forced into early retirement. The European Globalisation Adjustment Fund has also turned out to be incapable of dealing with redundant workers.

New institutions are needed to organise the retraining and re-employment of workers without detriment to their position. Otherwise, fear of job loss will nullify every effort to achieve carbon neutrality by 2050.

Will our societies be able to satisfy the needs of everyone without growth? The transitional period is likely to be the most difficult. When conversion has been accomplished, reduced greenhouse-gas emissions and pollution should mean fewer premature deaths and fewer illnesses that are costly to treat, as well as less advertising expenditure squandered on harmful products.

We shall have altered our modes of transport and food systems and we may even manage to break with the absurd international division of labour, establishing bio-regions relatively self-sufficient in food and energy. We shall need more human labour and can organise our companies differently, making corporate governance more democratic, as colleagues and I propose in our work ‘manifesto’, translated into several languages.

First and foremost, this ecological conversion demands a relentless struggle against inequality: if the poorest half of the world’s population produce 12 per cent of greenhouse-gas emissions while the most affluent 10 per cent produce almost half, the most glaring gaps are within rich societies and between the poorest and the richest. A massive redistribution of incomes will be needed and considerable restraint above all on the part of the affluent.

A post-growth society is not only absolutely necessary, however. It is also infinitely more desirable. 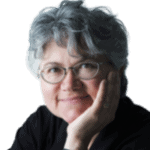 Dominique Meda is professor of sociology at Paris-Dauphine. Her research focuses on social and labour-market policies, as well as issues related to the ecological transition.