If the European Union does not stand up for the rule of law in Poland and Hungary, it will embolden authoritarians everywhere.

No country in the European Union has shown more solidarity with Ukraine since the beginning of the Russian war of aggression than Poland. And no government in the EU has acted more vehemently against fundamental institutions of the rule of law since the start of the war than the Polish one.

In the four weeks after February 24th alone, more than 200 new judges loyal to the government were unlawfully appointed. Before that, dozens were transferred or dismissed. Their only ‘crime’? They were enforcing European law.

The Polish government’s current action against the foundations of an independent judiciary is the latest escalation of the anti-democratic agenda of the government in Warsaw. Systematically, over the past six years, an elaborate system has been installed that is diametrically opposed to the rule of law—the central pillar of the European system of values.

A state-controlled judiciary in an EU member state is unacceptable. And it is the task of the European Commission to use all available means to put an end to this state of affairs, to restore the rule of law and to defend democracy in Poland.

It is the responsibility specifically of the commission president, Ursula von der Leyen. And she has a powerful lever to defend European values—money.

The commission had been withholding €36 billion from the EU’s Recovery and Resilience fund, because the judiciary in Poland is not independent. The signal to the government in Warsaw, led by the Law and Justice party (PiS), had been clear: Europe is about values and solidarity, the rule of law and money. They are only available as a package.

The dispute between Brussels and Warsaw about the transfer of this money went on for months. Yet in the end, those who wanted to get rid of the last independent judges in Poland won. Poland convinced the commission to make a compromise—a compromise which should have never been made.

The proposition is to tie the disbursement of EU funds to ‘milestones’ which must be fulfilled as a condition. But these address in reality only a fraction of the problems and can probably be fulfilled primarily on paper. The first billions will arrive in Warsaw even before the Polish judiciary has been reformed.

The pressure on the Polish government to abandon its autocratic course is thus now next to zero. Experts agree there will no longer be an independent judicial system in the country.

When von der Leyen announced the deal in Warsaw earlier this month, the Polish president, Andrzej Duda, described it as a ‘success’ for the EU as well as Poland. Yet with her compromise, von der Leyen has not saved the rule of law but given the Polish dismantling of the judiciary a European seal of approval.

When it comes to the rule of law, compromise doesn’t work. There are no semi-independent courts, just as there are no maybe-fundamental rights and no half-justice.

What is driving von der Leyen? Why did she give in? There are only wrong answers: the Russian war against Ukraine, the Polish veto against the global minimum corporation tax, European unity. None of this justifies abandoning fundamental tenets of European democracy. And none of it should ever be brought up by a government of a European member state to justify dismantling the rule of law.

Von der Leyen’s gamble is risky. She has placed her political fate in the hands of the Polish government. If her calculation does not work out, and Warsaw continues to care little about the independence of the judiciary, then a lot of European money will soon flow into a broken system—and ensure the survival of the PiS government.

Then the commission will have given up a key lever for enforcing the rule of law in Poland. And von der Leyen will have failed in her most central task—guarding the European treaties. She would lose the trust of the European Parliament and could jeopardise her political career.

Poland would be the second country to slide down the path towards authoritarianism. In Hungary the commission has failed already. Viktor Orbán, recently re-elected in not-so-fair-elections, has built an autocratic system, tailored to his needs and the extraction of EU funds.

Orbán has been able to get this far because the responses of the commission and the member states to his policies have always been too little, too late. ‘Dialogue’ did not impress him. And the triggering of rule-of-law conditionality—which can lead to a freezing of EU funds if the rule of law is not intact in a member state—was delayed by more than a year. This was enough time to win manipulated elections and tighten his grip on power.

EU policy in dealing with enemies of democracy and violators of the rule of law is in effect defined by dialogue, the hesitant threat of sanctions, then compromise. It has failed in Hungary. And it is bound to fail in Poland.

Other leaders will intensify their flirtation with authoritarianism, unless the commission changes its strategy to protect democracy in Europe. That would be the worst eventuality, amid Vladimir Putin’s assault upon it. 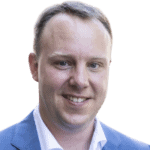 Daniel Freund is a member of the European Parliament for the Greens. In 2021 he was part of the team negotiating the EU's rule-of-law conditionality. In his parliamentary work he focuses on the fight against corruption and an upgrade for European democracy.