To counter Russian disinformation and take on populist parties, European politicians should shape the debate around Ukrainian refugees.

Since Russia’s full-scale invasion of Ukraine, European countries have made tremendous efforts to support refugees. They are hosting an estimated 7.9 million people who have fled the conflict. A total of 4.7 million have registered under the European Union’s temporary-protection directive, which allows refugees to live, work, study and gain access to the full range of benefits in their host countries. Alongside this, many EU citizens have welcomed Ukrainians into their homes.

Yet as the conflict shows no sign of ending, governments prepare for a long war and Europeans struggle with soaring prices, refugee fatigue is beginning to set in. It has even turned into acts of outright hostility and demonstrations over the cost-of-living crisis. A new wave of refugees escaping a harsh winter and the impact of Russia’s energy terrorism could sharpen feelings further, eventually leading to more protests and anti-refugee or anti-EU parties doing well in elections.

European leaders have largely kept a low profile on the issue. Yet while they implement refugee-friendly policies, they are overlooking the need to maintain public support for choices over Ukrainians’ access to labour markets and social benefits. This vacuum risks being filled by disinformation about refugees supposedly receiving preferential treatment to the detriment of local residents.

Indeed, Russia’s disinformation machine is already hard at work pouring such falsehoods into social media. The Kremlin has a clear interest in dividing European societies and turning public opinion not only against those fleeing the war but against supporting Ukraine altogether.

European governments need to take control of the narrative on Ukrainian refugees before the messages of populist parties and Russian disinformation campaigns go mainstream. If, for instance, the head of Germany’s main centre-right party, Friedrich Merz, is able to accuse Ukrainian refugees of ‘welfare tourism’ (a comment for which he later apologised), it hurts not only refugees but also undermines EU policy and hands a win to Russia’s trolls and propagandists.

Political leaders should address this question in three main ways.

Shore up public support: leaders should work to show that help for refugees is not to EU citizens’ detriment. They should start by providing clear information about how much financial support refugees are receiving, what portions of this come from national funds and how much from the EU, and in what ways the support affects EU nationals. Such analysis will show that it is a small amount compared with the totality of public spending.

Governments need to be proactive about this, such as by embarking on an information campaign. They could co-operate with the president of Ukraine, Volodymyr Zelenskyy, to produce ‘social media’ content to inform viewers about the daily lives and needs of refugees. They should also ensure they create space for dialogue in which citizens can express their concerns. They could use this space to underline what is at stake—making sure that Europeans understand both the gravity of war and the reasons for helping Ukrainians and that countering Russia’s aggression means assisting the Ukrainian population in numerous ways, including within EU states.

Share positive stories of migration: migration is already highly politicised and all too controversial in Europe. But the EU needs migration—from Ukraine and elsewhere. As well as upholding the moral case for supporting Ukrainian refugees, European leaders can also point to the benefits the new arrivals can bring in terms of the EU’s economy.

For example, they could highlight that many Ukrainian refugees have tertiary education or sought-after skills and could therefore help fill labour shortages across various sectors, including in the hospitality and food industries. Communications should also focus on the success stories of Ukrainians who have already been working in the EU for some time.

Indeed, Ukrainian refugees often stress that they do not want to be victims in their host countries: they want to stand on their own feet and contribute to the community. Amplifying Ukrainians’ voices in this way would provide a powerful counterpoint to the attack lines already circulating online.

Find new ways to fight disinformation: the EU’s current approach to fighting Russian disinformation is too reactive. The bloc largely pursues a ‘debunking’ method of fact-checking individual stories online—which, naturally, comes only after a false claim has begun to circulate.

Initiatives such as EUvsDisinfo, a key project of the European External Action Service, illustrate this approach. In 2022, it regularly exposed the messages the Kremlin was feeding into the European sphere, ranging from denying war crimes to vilifying Ukrainian refugees. Nevertheless, such activities fail to effectively prevent disinformation from entering or shaping the public discourse.

While fact-checking activities are crucial, the EU is missing out on more pre-emptive strategies, such as digital-skills training for people who could be susceptible to false information. The EU cannot possibly keep up with the immense Russian propaganda effort through ‘debunking’ alone—not least as it has only a handful of people tasked with responding to the Kremlin’s firehose of falsehood.

Steps in the right direction include the EU’s ban on the Moscow-funded media channels RT and Sputnik from its territory, which helps stop a significant amount of the Kremlin’s propaganda from entering the public sphere. Such outlets remain however able to exploit loopholes in the ban. A more systematic and long-term approach is needed.

For example, in 2021 the European Media and Information Fund supported numerous projects intended to combat disinformation by deploying strategies ranging from the use of artificial intelligence to digital-competence training. Interest was overwhelming (the total sum requested was triple that budgeted), illustrating the lack of financial support for media-literacy programmes and research on combating disinformation in Europe. The EU should also increase financial support for independent fact-checking and monitoring, while also working to ingrain media-literacy training in European educational systems and among vulnerable groups that lack digital skills.

The winter is far from over and the Russian president, Vladimir Putin, will still have high hopes he can turn the season to his advantage. He is banking on continual air strikes and blackouts to break Ukrainians’ will, high prices to weaken European resolve and a new wave of refugees to seriously erode sympathy for Ukraine.

European leaders should not allow the Kremlin to instrumentalise refugees. Instead, they need to take responsibility for shaping the narrative, and soon.

This was first published by the European Council on Foreign Relations 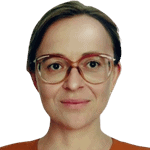 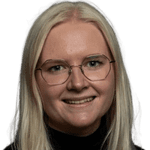 Gabrielė Valodskaitė is the Wider Europe programme assistant based in the Berlin office of the European Council on Foreign Relations. Previously, she was a research assistant at Vrije Universiteit Brussel, working on projects examining the EU’s asylum and migration policy.