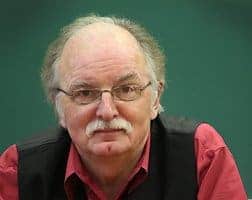 January 2014 marks the fiftieth anniversary of the State of the Union Address in which Lyndon Johnson launched the War on Poverty. This anniversary is leading to much soul-searching here in the United States.

Partly that soul-searching reflects the high levels of poverty that persist in contemporary America. The US does not define the poverty level as the EU does: as a percentage of median income, and therefore as normally a rising target. It defines it still in money terms, with the poverty level adjusted only for size of family and inflation.

There is much debate here currently about the adequacy of that measure. When the War on Poverty was first launched, the percentage of Americans with incomes lower than the poverty level for their size of family stood at 19%. After a decade of sustained policy, that percentage had fallen to 11.1%. The official poverty rate then stabilized, oscillating between 11% and 15% with each business cycle. As a result of the 2008 financial crisis and resulting recession, it is currently back to a peak of 15%, with almost one American child in five growing up in poverty. At stake in the soul-searching now underway is whether poverty persists in these proportions in modern America because, as Ronald Reagan once famously put it, “in the war on poverty, poverty won;” or whether, on the contrary, the war on poverty failed because his administration (and subsequent administrations) stopped fighting it.

The political conflict around that question is now intense. Advocates of a renewed war on poverty point to the significant impact on poverty levels made by key government programmes. Take those programmes away, they say, and the level of poverty in the United States would be dramatically higher. On the most recent data available to us, the Earned Income Tax Credit reduced child poverty by 5% in 2012 alone. Food and nutrition programmes had much the same effect. Advocates point too to the involuntary nature of most contemporary poverty. The vast majority of Americans who are currently poor are poor in spite of their own best efforts. They are poor because welfare payments are low and limited. They are poor because low-paid employment (of the kind offered by, among others, America’s largest employer – Wal-Mart) still keeps people below the poverty level. Or they are poor because large-scale involuntary unemployment (there are still three unemployed Americans for every available job) is steadily pushing the long-term unemployed out of the American middle class.

The Politics of the War on Poverty

Unfortunately for the poor, however, conservative critics of welfare provision do not see it that way. They either deny that anyone is America is genuinely poor – so many of them have televisions and cars after all – or they insist that most of those now in poverty are there because of poor life-style choices or an unwillingness to work. For such critics, the welfare net is not too modest. It is too generous. Any narrowing of the gap between welfare income and low pay removes the pressure on the long-term unemployed actively to seek work. Indeed, so certain are conservative critics of this truth that, in the current US Congress, Republican legislators voted in November to cut food stamps and cannot now be persuaded in sufficient numbers to extend long-term unemployment insurance to the more than one million Americans whose insurance ran out in December. And among the Tea Party base of the Republican opposition to welfare provision, it must be recognized, strands of racism linger. The American poor is still disproportionately African-American and Hispanic, attracting arguments from libertarians about the need to honor the defining American tradition of self-reliance, and arguments from intense nationalists about the need for repatriation and the closing of the border.

But the poor in America now come in many colors including white, and in many ages – both young and old. The social compact between firms and workers that once traded modest wages for guaranteed healthcare and a reliable pension is eroding fast, and though in 2014 Republicans will no doubt still point to “welfare queens” as spongers on the public purse, they too have now to address the poverty issue in all its complexity – not least because many of their potential voters are either in or on the edge of poverty themselves. So many of the men now in poverty in America are keen to find work but cannot, and so many of the women are grandmothers struggling to survive on a modest state pension, or are high school graduates struggling to find work of any kind at all, that their plight is simply too evident and too entrenched to be ignored by even the most strident critics of welfare provision. Whether they like it or not, poverty in America has become a problem for Republicans. For Democrats it needs to become a cause.

The current political gridlock in Washington is leaving more and more Americans vulnerable to poverty. There is an enhanced churning here as well as an enhanced volume: between 2009 and 2011 the incomes of approximately one American in three (31%) fell below the poverty level for a while, remaining there for at least two months. The evidence is clear. Political gridlock and the resulting absence of effective anti-poverty programs in the contemporary United States benefit the rich, but they leave the rest of us with increasing income inequality, vast areas of urban blight and suburban drabness, and diminished access to the American Dream. Lyndon Johnson was right:

the man who is hungry, who cannot find work or educate his children, who is bowed by want, that man is not fully free.

But try telling that to a Republican legislator who is safe in his/her gerrymandered constituency only so long as the Republican Party’s Tea Party base is not enraged by any softness on the poor.

There is a lot at stake in 2014 in America, as the last mid-term elections of the Obama administration approach. We can expect Democrats to press the poverty button heavily as they campaign. Let us hope, for the sake of the American poor, that this time pressing that button works: that at long last the progressive message on wage growth and income distribution gets through to the American electorate on a scale sufficient to return power to more compassionate legislators than those currently controlling the House.

A fuller version, with appropriate footnotes, is at www.davidcoates.net

David Coates holds the Worrell Chair in Anglo-American Studies at Wake Forest University. He is the author of 'Answering Back: Liberal Responses to Conservative Arguments', New York: Continuum Books, 2010. You can visit his website at http://www.davidcoates.net. He writes here in a personal capacity.