The treaty stands in the way of signatories implementing the IEA’s exhortation to stop investing in fossil fuels.

Member states of the Energy Charter Treaty face a looming deadline. After two years of negotiations to ‘modernise’ the ECT, they must decide by June 24th whether to amend the treaty to align it with climate goals, leave it as is or withdraw from it entirely.

The ECT is the only international investment treaty with a sectoral focus on energy. It has been ratified by 50 countries, predominantly in Europe, since its signing in 1994, and its aim is to promote and protect energy investments among its member states.

Despite that aim, however, European Union member states are toying with the idea of negotiating a co-ordinated withdrawal from the treaty. The EU, labelled by energy firms as ‘anti oil and gas’, seems primarily to want to limit the protections it affords to fossil-fuel firms. Also at issue, however, have been workers’ rights and transparency.

For EU countries, dispute settlement under the treaty is particularly problematic. The Court of Justice of the EU recently found that investor-state disputes between EU investors and member states violated union law. At least some changes may thus be necessary from the EU perspective.

Other ECT members are though rebuffing reform. Japan has refused to engage with various EU proposals, arguing the ECT is necessary to ‘enable [each country’s] respective energy transition’. The United Kingdom and Switzerland have remained suspiciously silent—some critics see in this a self-interested effort to attract oil and gas firms looking for a new host state and a way to bring claims against EU climate policies. Indeed, investment lawyers have recommended fossil fuel firms reorganise their corporate structure to ensure continued access to investor-state dispute settlement (ISDS). Meanwhile, other countries—in particular low- and middle-income countries (LMICs) in Africa and south Asia—are considering whether to accede to the treaty.

Permitting ISDS, however, may delay or even block climate action by individual countries. Colleagues and I have calculated how many projects would potentially be protected by ISDS under a treaty if countries pursued the net-zero-emissions pathway proposed by the International Energy Agency—no new oil and gas investments after December last year.

Of all treaty-protected oil and gas projects, the ECT protects 19 per cent that would be cancelled under such a scenario, with a net present value of $3-16 billion. If countries acted more aggressively to decrease fossil-fuel supply and cancelled projects under development but not yet producing oil or gas, the price tag would increase by $2-4 billion. A co-ordinated withdrawal from the ECT would thus reduce the global cost of supply-side climate action by $5-20 billion (depending, as always, on the price of oil).

Importantly, this estimate captures only projects protected by the ECT; $10-34 billion in assets are covered by a number of treaties, including it. Our figure is also likely a significant underestimate of the actual coverage of the ECT, as the research method did not investigate corporate structure.

If the 32 additional countries, many of them LMICs, which are considering accession do join the ECT, the numbers would jump by $12-45 billion. While the wealthiest nations, such as the UK, Denmark and Ireland, have the most treaty-protected projects, LMICs that are highly vulnerable to climate or debt shocks would also sharply feel any financial losses from ISDS claims.

The ECT has already begun to affect the energy transition. In 2017, Rockhopper, a UK oil firm, brought a claim against Italy based on its denial of a concession for offshore drilling. Italy had faced increasing pressure—as a result of the Deepwater Horizon oil spill in Mexico and domestic grassroots organising—to ban offshore drilling. Rockhopper purchased the rights to explore possible sources of oil and gas from another company, despite knowing it had been denied the concession. The company claimed the ECT’s terms had been breached. Italy has already lost two jurisdictional challenges on the case.

Meanwhile, Slovenia has changed course from a proposed ban on fracking due to a threatened suit by another UK company, Ascent Resources. Claims have also been brought against the Netherlands for its plan to phase out coal power.

Even in the protection it has offered to renewable-energy investors, the ECT’s role has not been positive. In Spain and the Czech Republic, aggressive incentives for renewable-energy production backfired when the programmes worked too well and the governments were not able to fulfil promises made on price guarantees and other benefits. Related economic instability forced both countries to scale back their programmes, such that investors’ expectations of operation and profit were not realised.

In Spain, the vast majority of the investors bringing claims were ‘not renewable energy companies but financial corporations and investment funds’, many with parallel investments in fossil fuels. As a result, both countries faced a number of investor-state disputes involving complaints about the policy changes—most of which Spain lost. The threat of these disputes can actively undermine the ability of states to experiment with environmentally as well as economically sustainable policies.

The costs of the ECT clearly outweigh its benefits. The key claim that such treaties promote investment is not supported by the evidence. Efforts to modernise the treaty do not have substantial support among its signatories and its impact so far has been overwhelmingly to block or delay progress toward climate goals. Rather than continue with the status quo or seek reform, ECT members should simply withdraw—collectively, if possible, but individually if necessary—to decrease the future risk of ISDS claims and facilitate a sustainable energy transition for all. 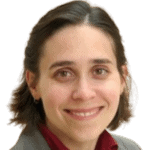 Rachel Thrasher is a researcher with the Boston University Global Development Policy Center’s global economic governance initiative. She holds a postgraduate law degree and a masters in international relations, both from Boston. She is author of Constraining Development: The Shrinking of Policy Space in the International Trade Regime (Anthem Press).