Far from reversing EU action on climate change, Russia’s invasion of Ukraine has boosted a wave of more ambitious policies.

While it was initially chaotic, Europe’s response to Russia’s aggression quickly betrayed a common theme—one building on decisions made already in 2020 and 2021. That is the marriage of energy security and climate policy. Many envisaged that climate would fall down the priorities in light of the pandemic and the war, but a recent analysis by the think tank Ember and the Centre for Research on Energy and Clean Air (CREA) shows the opposite to be the case.

European governments have recognised that climate-change mitigation, security, economic stability and independence are all intertwined and that progress on them is perfectly aligned. No matter what the motivation, replacing fossil fuels with renewable energy has positive consequences.

Accelerating the energy transition is not merely a byproduct of European Union action in response to Russia’s invasion of Ukraine but absolutely central to it. On May 18th the European Commission unveiled the REPowerEU programme, introducing several measures to shield Europe’s energy sector from Russia’s aggression.

The proposal builds on the ‘Fit for 55’ package from 2021, increasing the renewable-energy target from 40 to 45 per cent by 2030 and enhancing the reduction in energy consumption sought by the same date from 9 to 13 per cent. This would add up to a 69 per cent share of electricity from renewables by 2030, achieved through an increased capacity of wind and solar plants.

The EU now recognises the logic behind what the United Nations and many others have already said: the transition from fossil fuels is not just a matter of reducing emissions but also an opportunity to improve security and build a more stable and prosperous society.

Unlike in most EU matters, member states have not waited for the commission to propose the policy acceleration but instead have taken the initiative themselves. European governments, responding to increased volatility on fossil-fuel markets, have been strengthening their climate policies since the start of the pandemic. A whopping 19 European governments have released plans that will accelerate decarbonisation—acting on their own, not because the EU forced them to do so.

These latest plans lead to a major result—by 2030, fossil-fired electricity will drop by a third compared with previous declarations. Recently announced policies will see 595 terawatt hours of fossil-fuel generation in 2030, a steep drop from national energy and climate plans published just two years ago aiming for 867TWh in 2030. The vanishing fossil fuels would see renewables surging to 63 per cent of electricity in 2030, up from 55 per cent under the previous national strategies published in 2019.

Perhaps unsurprisingly, the largest jumps in ambition have been announced by some of the biggest importers of Russian fossil fuels. Germany has raised its 2030 renewable-energy target to 80 per cent from 62 per cent, the Netherlands now plans to double offshore wind installation to 21 gigawatts by 2030 and France is aiming for 100GW in solar farms in 2050, up from 14GW currently.

Strengthened climate commitments are also being made by central- and eastern-European countries especially vulnerable to Russia’s aggression. Poland has increased its 2025 wind and solar targets from 15GW under the previous national strategy to 23GW under its Recovery and Resilience plan; Hungary has brought forward the phase-out of coal to 2025 from 2030 and is aiming for 90 per cent carbon-neutral electricity; Czechia has announced a 2033 coal phase-out, recently confirmed despite pressures to delay; Bulgaria has declared a 2038-40 coal phase-out and has increased targets for renewables capacity by 2.5GW compared with pre-pandemic plans, and Romania has advanced its coal phase-out to 2030.

Additionally, five countries have announced policies to decarbonise further sectors such as transport, industry and heating. REPowerEU also makes this a focus, with increased energy-efficiency and heating measures aimed at tackling cost, security and climate challenges. The strategy targets 10 million heat-pump units to be deployed over the next five years and doubles EU funding to decarbonise industry through innovative technology to €3 billion.

By introducing REPowerEU, the commission has not proposed a revolution but systematised initiatives member states were already taking. Those latest national plans putting the EU on a path towards 63 per cent renewable electricity in 2030 would take it beyond halfway towards the 69 per cent goal of RepowerEU, uplifted from the previous 55 per cent target.

Still, it is critical that all member states unite behind REPowerEU, approving it in the European Council meeting later this month and implementing it in national legislation. In uncertain times such as these, only a shared and cohesive response will achieve the right result—safety and stability for the European continent.

The latest national policies from EU countries already reflect a rallying around the idea that wind and solar energy, complemented by improved efficiency, are the quickest and cheapest ways to guarantee the continent’s safety and cut its dependence on imported fossil fuels. REPowerEU is an opportunity to make sure these plans are co-ordinated and ambitious across the board. 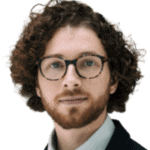 Paweł Czyżak is a senior energy and climate data analyst at Ember, working on scaling up clean energy and phasing out fossil fuels in Europe. Pawel has several years of professional experience supporting large companies and NGOs with their economic and data analysis, and is the author of numerous academic and policy publications.