Zuzana Čaputová emerged as the winner from Slovakia’s presidential election. Although viewed as a step away from populist and nationalist politics, the battle for the country’s political future is only just beginning. 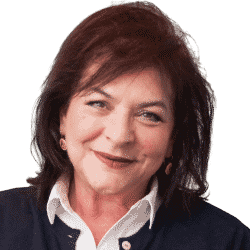 Slovakia’s presidential election was fought a year after a young journalist, Ján Kuciak—who had investigated what turned out to be a high-profile fraud case—and his fiancée, Martina Kušnerová, were murdered in their flat in February 2018. This murder triggered massive demonstrations, under the banner ‘Movement for decent Slovakia’, demanding resignations of the then prime minister, Robert Fico, and the interior minister, Robert Kaliňák.

Both men eventually resigned, under the pressure of the protesters and the unwavering support they received from the president, Andrej Kiska. Five people have been charged with Kuciak’s murder, including a controversial businessman, Marián Kočner, who came to symbolise the corruption in Slovak politics after a decade of domination by Fico’s ruling party, the Smer.

The presidential election on March 30th was won by Zuzana Čaputová, with 58.3 per cent support, against her rival, Maroš Šefčovič, an EU diplomat backed by the Smer, with 41.7 per cent. Čaputová, a political novice, will be the first female president in Slovakia. She campaigned against corruption or what she expressed as ‘people pulling strings from behind’.

Her political style—devoid of aggressive rhetoric—quiet determination and appeal to democratic values and decency resonated with younger and more educated voters who became fed up with the impunity, arrogance and political style of leading politicians. Interestingly, she first became known for winning a 14-year long fight against a company trying to build an illegal landfill site, which was represented by the same businessman, Kočner, now charged with ordering the murder of the journalist investigating him.

Her rather unexpected but very successful campaign, riding on a wave of popular discontent, has been reported with enthusiasm by the foreign press, suggesting a ‘time for change’ (Večernji list, April 1st 2019), an opportunity for a ‘new unburdened generation’ (Tages-Anzeiger, April 1st) to leave behind the populist-nationalist, conflictual politics which seemed to have returned Slovakia to the 1990s. Slovakia has ‘bucked the trend’ (Reuters, March 30th) that has seen populist, anti-immigration, anti-EU politicians make gains across the continent.

From that perspective there is every reason to celebrate Čaputová’s victory, which shows that not all ‘Central Europe is lost to populism’ (Sydsvenskani, April 1st). Slovakia is different from other Visegrád countries (Poland, Hungary, the Czech Republic), because it is the only eurozone country in the region and Euroscepticism is generally not a part of mainstream political parties’ policies.

Starting her acceptance speech by thanking her supporters in Slovak, Hungarian, Ruthenian and Roma languages—thus addressing the main minorities in Slovakia—Čaputová went on to say how happy she was that ‘it is possible not to succumb to populism, to tell the truth, to raise interest and gain the confidence of voters without aggressive vocabulary and personal attacks’ (Sme, March 31st).

But there are a number of reasons for caution. First, the president in Slovakia has a largely ceremonial role and does not have power to change parties’ policies. The president does though appoint prime ministers and can veto appointments of state prosecutors and senior judges. This may further curb the ambition of the former prime minister, Fico, whose intension to become a senior judge has already been rejected once by the former president, Kiska.

More concerning, however, was the very low turnout in the second round of the elections (42 per cent). It is clear large parts of the population did not feel represented by either of the two remaining candidates.

There is a lot of support in Slovakia for populist-nationalists, allied to a rejection of liberalism and anti-western sympathies. For example, Marian Kotleba, the leader of the extreme-right People’s Party Our Slovakia (ĽSNS)—a party that openly expresses admiration for the Nazi-sponsored, wartime, clerico-fascist Slovak State, engages in violence against Roma and loathes democratic institutions—won 10 per cent in the first round of the vote.

While until recently it was assumed that this party had no coalition potential, the Smer has recently sought its support (together with the populist We are Family party and the centre-right Slovak National Party) to halt the ratification of a Council of Europe convention designed to combat violence against women. With the campaign for the 2020 general elections having been kicked off by the result of the presidential elections, one can no longer assume that the coalition potential of extremists remains off the table.

Čaputová’s victory has one way or another been a referendum on the current government. So, the battle for a country’s political future—moving towards more autocratic populist governments in line with Slovakia’s neighbours, Hungary, Poland and the Czech Republic, or sustaining the premise of liberal-democratic institutions and values—has just begun.

This article was first published by EUROPP@LSE

Erika Harris is a professor of politics at the University of Liverpool. She is an expert on studies of nations and nationalism generally, but specifically in central Europe, the post-Soviet space and the Balkans.