The idea that ‘the market’ must be the organising principle for collective decision-making should be abandoned. 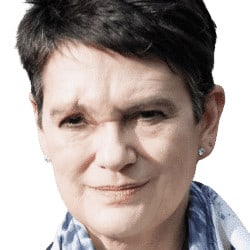 Despite ever-improving conditions for millions of people around the world—documented by entities like the University of Oxford’s Our World in Data and highlighted by scholars like Steven Pinker—popular discontent is on the rise in many places. The reason is simple: whereas the first trend is being driven by low- and middle-income countries, the second is concentrated in high-income countries.

Throughout the developed world, conditions for many workers are deteriorating, with no recovery in sight. Income inequality is near historic highs, wealth inequality is even higher and economic insecurity is widespread.

As the United Kingdom tears itself apart politically and constitutionally over Brexit, many of its citizens struggle with low-quality jobs, inadequate housing and poverty so severe that they rely on food banks. France’s yellow-vest protests have been hijacked by violent extremists, but they reflect real grievances about the growing challenge of maintaining living standards. In the United States, the Economic Report of the President touts the supposed elimination of poverty, but life expectancy does not decline in a prosperous country.

In short, the post-World War II social contract in many of today’s developed economies is breaking down. And even more uncertainty and insecurity are on the way, as new technologies such as artificial intelligence and robotics take root.

Though the pace and scope of the next wave of automation is impossible to predict with precision, the impact will be profound. Like other digital technologies, AI and robotics will boost the value of some skills while reducing the value of others. And, by reinforcing social biases, extensive algorithmic decision-making risks amplifying existing inequalities further.

It is impossible to uninvent technology. But we should not fall into the trap of technological determinism. The forces that drive structural economic change are always refracted through policy decisions, which can help ensure that technological innovations contribute to a more prosperous future.

Given the depth of the transformation ahead, however, it is not just the policies themselves that must change, but the very framework on which they are based. This means abandoning the idea—which has shaped public policy for more than a generation—that the ‘market’ must be the organising principle for collective decision-making.

The market, in this sense, is an abstraction—one that has little to do with actual markets, which are social institutions as varied and multitudinous as Leo Tolstoy’s unhappy families. It embodies the assumption that, overall, we secure the best economic outcomes if producers compete to respond to the desires of individual consumers (in line with their purchasing power). And its performance is measured according to the number of contemporaneous exchanges taking place.

This is unlikely to be the best metric. For one thing, it does not account for the depreciation of assets, from houses in California destroyed by wildfires to insect species at risk of extinction. It also fails to account for the fact that a growing proportion of exchanges in the digital economy involve ‘public goods’, consumption of which is non-rivalrous (the good can be shared by any number of people without being depleted).

But there is an even more fundamental problem with assessing an economy’s welfare according to the satisfaction of individual choices. As the late William Baumol pointed out, if you assume that economic agents are independent, you will conclude that independent choices maximise their wellbeing. This is circular reasoning.

In fact, economic agents are not as independent as the conventional wisdom would have us believe. People’s consumption preferences are not discovered through introspection and then upheld permanently; they are shaped socially and change over time. In the age of social-media ‘influencers’, this may be truer than ever, with turbocharged network effects amplifying the impact of one individual’s choices on others.

Likewise, in production, there is far-reaching potential for economies of scope and scale—potential that grows even larger in high-tech domains. This means that one firm’s production decisions affect production by others in the same market.

The conceptual underpinnings of policy-making need to be updated to reflect this economic reality. For starters, governments need to recognise that their decisions shape the structure of production, and develop strategies to support particular strengths in production (through innovation policies or procurement frameworks) or to address weaknesses (in areas such as skills). Economists like Dani Rodrik and Justin Yifu Lin have led the way in proposing ways to think about modern industrial strategy.

Governments must also improve the opportunities available to those left behind in today’s fast-changing economy. This means ensuring that all citizens have access to quality public education, public transport and broadband infrastructure, adequate health care and decent housing. Such basic services are more important than income subsidies, because they are public goods, which the market—where decisions are made by aggregating individual demand—will not provide.

The organisation of millions of interdependent individuals in a technologically complex society will always be difficult to manage. With productivity flatlining and public anger growing, it is clear that existing policies are not up to the challenge. Without a new approach, it is difficult to imagine a prosperous future for western societies.