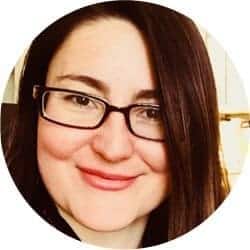 Immigration has always been a prominent issue in American politics. It has become even more salient with the presidency of Donald Trump. A major debate at the moment concerns the economic impact of immigration—low-skilled immigration, in particular. It is argued that immigration has suppressed wages, discouraged unions, and exerted fiscal pressure on the welfare state.

How valid are these arguments? Is immigration really the culprit for these woes?

Let us start with welfare. It is argued immigrants make demands on the welfare state, while not paying enough taxes to cover the cost of the benefits they receive. This is not accurate. America’s welfare system is facing pressure; there is no dispute about that. However, immigration is not the cause. Non-citizens’ use of welfare benefits has declined significantly since the 1996 Welfare Reform no matter where you look: TANF, SSI, food stamps, Medicaid (see here, here and here). At the same time, there is evidence that, in urban areas, immigrant households are paying taxes at nearly the same rate as native households.

If the American welfare system is in distress, that is largely because of the revenue side. The tax revenue the US collects is relatively small, which renders the American welfare state ineffective and unable to meet the needs of the public, as political scientist Sven Steinmo’s work shows. To be specific, in 2015, US’s total tax revenue, at 26 percent of GDP, stood significantly below the OECD average of 34 percent, while in many European countries it exceeded 40 percent. The US’s total corporate tax revenue that year, at 2.2 percent of GDP was also below the OECD average. Since the 1970s, the highest marginal income tax rate has nearly halved. The bottom line is, it is not the demand on the system caused by immigration that is threatening the welfare state, it is the tax revenue needed to fund it, which is not being collected. Unfortunately, the situation is not likely to improve with the recent passing of the new tax bill.

As for wages, the argument is that immigration creates loose labor markets and weakens the bargaining power of the American-born workers, thereby reducing their wages.

It is true that low-wage workers have not fared well in the US during the past four decades. Structural changes such as globalization, de-industrialization, financialization, technological changes, and declining union membership have played the key role in driving that outcome. The downward pressure on wages of those factors has not only been observed in the US but in other advanced nations, as well. Although, in Europe, their impact on workers has been less pronounced, as it has mitigated the effect of those large-scale transformations through taxes, income transfers, and minimum-wage policies. Growth in real average income for the bottom 90 percent remained higher in major European nations than America since the 1950s.

As Terence O’Sullivan, the president of the Laborers’ International Union of North America, neatly put it: “workers don’t depress wages; unscrupulous employers do.” They do, if and when they can. If a country’s laws allow for a race to the bottom, then a race to the bottom there will be. Instead of reforming the policies that make this possible, instead of making use of distributive and redistributive channels to improve the lives of workers, some find it easier to blame the immigrants.

With respect to immigration’s impact on unions, once again, the argument that immigration has caused the weakening of unions, and therefore organized labor remains against immigration is misleading. Today, unions represent 11 to 13 percent of the workers in the US, and they are increasingly looking to immigrant workers to boost their numbers and power. The website of AFL-CIO declares that their “commitment to building an immigration system that represents the needs and interests of all working people is fierce and unwavering,” and that “the labor movement is the natural home for new immigrants struggling to achieve economic security and win social justice”. In support of immigrants, an umbrella group made up of 27 different local unions in New York City recently declared itself a “sanctuary union.”

The truth is, immigrant workers themselves are the victims of the same structural forces that have contributed to the demise of unions: de-industrialization, financialization, and policies, which for decades prioritized market flexibility over wages, employment protection, and unionization rights. Depending on particular political and institutional factors, unions fared better in some countries than others in the face of these global challenges. To make some comparisons with America’s northern neighbor, the percentage of the foreign-born population has been increasing in both countries, and, in fact, it is now higher in Canada than in the US (20% versus 13%). Yet, unions seem to have been faring far better in Canada—both in the private and public sector, despite higher rates of immigration. To be more specific, America’s unionization rates remained very similar to Canada’s until the 1960s, whereas now trade union density in Canada is more than twice that of the United States. Why is this the case? That is a complex question, as Barry Eidlin shows, having to do with these nations’ particular contexts of labor mobilization and party politics.

The worry that immigrants take more than they give, that they would become a “public charge” rather than an “economic contributor” is not new. Cybelle Fox’s work shows, for instance, how deep the economically-based-anti-immigration sentiment ran during the New Deal, how “rumors circulated in the press that there were a million or more aliens on relief,” and how most Americans believed aliens should not receive relief and that those who did should be expelled from the country. These arguments surface time and again, are misguided and simply fuel new nativist attitudes. The overwhelming evidence is that the inflow of immigrants, whether high- or low-skilled, contributes to US economic growth and is not the cause of American workers’ plight.