While the negotiators haggle over a deal to avoid a new-year car crash, the fundamental problem is the obsolete notion of sovereignty held in London.

Twenty-twenty has been a difficult year by any measure. While the impacts of the coronavirus and the blockage of the European Union’s rescue package by Hungary, Poland and Slovenia over protection of the rule of law have dominated the headlines, the issue that will likely have the most lasting effect on Europe’s future is ‘Brexit’. The saga of the United Kingdom’s exit from the EU, which has dragged on for four and a half years since the referendum in June 2016, will finally end on January 1st, after which the EU will treat the UK as a non-member.

From the start, Brexit was a quixotic project. Take the symbolic centrality of fishing—which makes up less than 0.1 per cent of the UK’s economy—to the negotiations over the future relations between the UK and the EU. There are many substantive issues at stake, but understanding Brexit requires a grasp of the strange, profoundly anachronistic, English understanding of sovereignty upon from which it is derived.

Traditionally, sovereignty referred to the ability of a state to make decisions about events within its borders without external inference. Globalisation has however progressively robbed individual states in isolation of control over their economic affairs. Global manufacturing and commerce increasingly depend on the co-operation of trading partners, to ensure goods pass across borders and are accepted for sale in foreign markets. From this perspective, free-trade agreements and institutions such as the EU’s single market do not reflect a loss but a pooling of sovereignty: control is extended beyond the boundaries of the state.

Even within global politics sovereignty no longer refers exclusively to the capacity of the state to make arbitrary decisions, but rather to its international obligation ‘to preserve life-sustaining standards for its citizens’, while more widely observing the rule of law and postwar conventions on human rights. Sovereignty is thus about the responsibility to protect the rights and interests of the population, not control.

The understanding of sovereignty propounded by the UK government is mindless of these global developments. The success of ‘take back control,’ the key slogan of the Leave campaign in 2016, lay not only in the outdated idea that sovereignty is the capacity of a state to make unfettered decisions within its borders—an idea that particularly a post-imperial state might be inclined to entertain—but, within that, the singularly English conception of parliamentary sovereignty.

The key feature of the ‘Westminster model’ is that it does not differentiate between constitutional and normal law. Not only can any piece of legislation be undone by simple-majority vote; Parliament is also omnicompetent, as its legislative powers can override all claims to fundamental rights. For example, John Selden famously argued that Parliament could even make staying in bed after 8 o’clock a capital offence.

In this conception, the problem with the EU is that its treaties, with their protections of human rights and market freedoms, limit the UK’s legislative freedom by quasi-constitutional constraints which ‘no Act of the UK Parliament by itself can amend’. For David Frost, the UK’s chief negotiator, ‘Sovereignty is about the ability to get your own rules right in a way that suits our [sic] own conditions.’

This vision explains why the UK negotiators reject any compulsory mechanism for conflict-resolution, whether in the form of non-regression clauses or via entities outside of Parliament’s control, such as the Court of Justice of the EU. It also clarifies the brazen repudiation of international law contained in the Internal Market Bill, which gives the UK the right unilaterally to break the legally binding withdrawal agreement it signed with the EU a little over a year ago.

As Nicholas Westcott points out, this view of sovereignty is ‘closer to that used by North Korea than to that of any other free-trading western nation’. In addition to the rights violations it enables, it also fails to distinguish between theoretical and effective control. In prioritising absolute internal legislative freedom, it sacrifices the effective protection of British interests which membership in the EU offered by giving the UK a vote on conditions in her main export markets, as well as in international affairs.

Seat at the table

The counterintuitive result is that Brexit actually reduces Britain’s effective control in a misguided attempt to increase it: sovereignty is about having a seat at the table. In addition are the envisaged negative impacts on living standards in the UK as well as the EU, albeit to a lesser degree.

Given all this, the European public can only hope that leaders in the UK and elsewhere—especially in those central- and eastern-European states whose obstinacy about the rule of law is based on a similar misreading of sovereignty—learn this lesson without doing too much harm to their peoples. If they do not, the result will be a less co-operative, less prosperous, more divisive and more dangerous environment, in Europe and around the world. 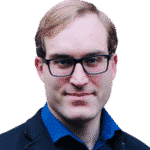 Peter J Verovšek is an assistant professor of politics / international relations at the University of Sheffield. He is the author of Memory and the Future of Europe: Rupture and Integration in the Wake of Total War (Manchester University Press, 2020).