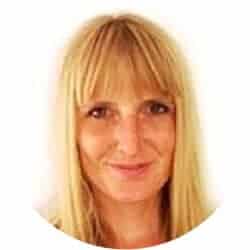 After the shock of the British referendum on EU membership last week, many pointed to a possible silver lining for the EU. Brexit could spark off further integration among the 27 member states that remain. The political paralysis that has emerged following the Eurozone and refugee crisis, characterised by fundamentally divergent thinking about further integrative steps in Europe’s national capitals, could give away to a more coordinated and European approach.

Comments by Xavier Bettel, the prime minister of Luxembourg, at the intergovernmental conference held in Brussels following the result of the UK’s referendum reflected this view: “We have more need than ever for a united Union rather than a disunited Kingdom.” Will Brexit prove to be a unifying moment for Europe?

We of course lack a crystal ball, and at present there are so many parts moving simultaneously that it is difficult to judge what the implications of the United Kingdom’s exit will be for Europe. Yet, we could speculate based on what we know about the integration process in the past. There have been numerous moments of crisis in the European integration process, and even some where single member states turned their back on Europe (albeit exit was not in the cards), such as the ‘empty chair crisis’ in the 1960s.

As a response to the proposal of making the European Commission a more powerful body, the French government under President Charles De Gaulle withdrew from the Council, leaving an empty chair at the negotiation table. France voted twice in EU referendums in 1963 and 1967. This time of political stalemate was resolved by an expansion of intergovernmental decision-making within the EU and a veto right for countries for all issues of ‘vital national interest’ (the so-called Luxembourg compromise), but it also led to more integration through other means. It shifted the focus of integration to legal matters, and was associated with an enormous push in economic and political integration through the establishment of the principles of direct effect and supremacy of EU law (over national law).

Whether the current crisis surrounding the Brexit result could also push the EU forward, by further financial and economic integration of the Eurozone for example, is debatable. Many things have changed between then and now. My ongoing research (here and here) suggests that questions about more or less integration have become enormously contested and are now part-and-parcel of domestic party competition and elections. Unlike the 1960s, further integrative steps cannot be pushed forward without closely calculating the costs of domestic electoral fallout.

Although mainstream politicians might hope that the immediate financial and economic pain suffered by the UK since the Brexit vote deters the success of Eurosceptic parties, this deterrence effect is most likely short-lived. The concerns of ordinary voters, who are often opposed to the EU because of concerns about intra-EU immigration, austerity or opaque EU institutions remain unchanged. Further steps of integration across the continent will not be perceived to benefit those who feel that they are left behind and their children face limited prospects of upward mobility.

Eurosceptic parties across the EU mobilise these concerns effectively and will reap the electoral benefits, as they have done in the past. This is also in part a result of the deep internal divisions that government parties face about Europe. National governmental leaders who in the European Council need to decide on the long term direction of the integration process are not insulated in Brussels, they face the continued pressure to be re-elected and Europe is not popular at the ballot box. Expecting these politicians to motor on ahead in Europe seems unrealistic.

Next to the intricate connection that has grown between EU politics and incumbent electoral success, another factor makes the current situation stand out. The Eurozone crisis has uncovered an enormous rift between member states. Europe’s citizens are deeply divided when it comes to EU policy preferences. My research suggests that Eurosceptics in the North are primarily worried about intra-EU migration, while in the South fiscal austerity and widespread unemployment has led people to discontent with the lack of intra-EU fiscal solidarity and the absence of EU-wide transfers.

It seems hard to find a coordinated European solution to satisfy both constituencies simultaneously, especially in the short run. Whereas the introduction of transfers would require a transfer of policy competences to the EU level, the restriction of migration would violate one of the core principles of integration, namely the free movement of people. Whereas transfers are electorally unpopular in the North, restriction to intra-EU migration is in the South (and East).

Although it is possible to strike a balance between both demands by introducing some sort of transfer mechanism that would address structural imbalances in the Eurozone and as such limit the demand for migration in the future, this would be costly and the fruits of such reforms may only come to bear decades from now. Given the importance of EU matters for the re-election of national governments, current incumbents will most likely focus on their short-term political survival. The making and breaking of political careers post-Brexit will be a gentle reminder. Against this backdrop, muddling through will be the most likely response.

The problem with a possibly lackluster response to the grave economic, political and social problems facing the EU today will be that it allows Eurosceptics to keep using Brussels as an effective punch bag to reap electoral gains. The continued success of Eurosceptics again limits the room to manoeuvre for national governments at the European level. Although Brexit constitutes a possible integrative moment for Europe, it is doubtful that it can break the downward spiral of Euroscepticism.

This article originally appeared on EUROPP.