So little appears at stake in the Northern Ireland protocol yet it’s at the heart of the Brexit deadlock. But then it’s a proxy for something else.

One of Belfast’s main hotels is called the Europa. It has a classic, pillared frontage—the previous, modernist version was turned into shards of falling glass by an IRA bomb which left a huge crater in the road outside in the early 1990s. Indeed, in the 1970s the Europa acquired the moniker ‘the most bombed hotel in Europe’. It was the favoured resting place for journalists camped in the city to report on Northern Ireland’s descent into violence and the IRA thought this the most effective signal it could send to the world.

Europe’s media eventually drifted away, only returning to report on defining moments such as the paramilitary ceasefires of 1994. And now mainland European opinion finds itself scratching its collective head as to why, once more, this tiny peripheral region (population 1.9 million) is the focal point of the growing impasse between the European Union and its departed United Kingdom member.

After all, the Northern Ireland protocol at the heart of the argument was negotiated with the UK government in late 2019, as part of the withdrawal arrangements, after the takeover of the ruling Conservative Party by a Europhobic Leave faction, led by Boris Johnson. Moreover, the problem over the region had only arisen because the UK government had chosen to adopt a ‘hard Brexit’ entailing depature from the customs union and the single market—the implications of which the prime minister’s former chief adviser, Dominic Cummings, said today Johnson had not understood.

And today the vice-president of the European Commission for inter-institutional relations, Maroš Šefčovič, presented a pragmatic solution to the conflict. He offered to remove the majority of checks on goods entering Northern Ireland from Great Britain, introduced as part of the protocol to avoid the risk of unregulated ware entering the single market via the Irish border.

Yet late last month Johnson warned that the UK government was prepared to ‘ditch’ the protocol, via its article 16 provision for unilateral waiver. And yesterday in Lisbon, in a widely trailed speech, the (unelected) UK ‘Brexit’ minister, David Frost, called on the EU to ‘put a new protocol in place’.

On Monday, Downing Street described the arbitrating role of the European Court of Justice over the protocol as a ‘central issue’—prompting a frustrated commission rejoinder about ‘ground that we have covered a million times’. The leader of Northern Ireland’s sectarian-populist Democratic Unionist Party, Jeffrey Donaldson, immediately echoed this concern about the ECJ’s oversight role.

Northern Ireland however voted predominantly for Remain in the 2016 ‘Brexit’ referendum. And the regional association Manufacturing NI said no business had expressed such concern: ‘It is purely a political and sovereignty issue, and not a practical or business issue.’ Last month a group of business leaders met Frost in Northern Ireland and told him triggering article 16 would be a ‘lose-lose’ move.

The European Court of Justice is, of course, also at the heart of another imbroglio in which the EU finds itself—the conflict with Poland associated with the assertion last week by its Constitutional Tribunal, with judges appointed by the nationalistic Law and Justice (PiS) government, that rulings by the court and articles of the EU treaties could not be paramount over Polish law. (The same tribunal, under independently appointed judges, had after Poland’s 2004 accession detected no contradiction with its constitution.)

And there lies the difficulty. The conflict with London is no more tractable than that with Warsaw because it is not about a concrete issue of substance amenable to negotiation—whether the (not particularly healthy) British sausage can be dispatched to Northern Ireland. It is an existential challenge to the idea of Europe as anything more than a Europe des patries, bound only by intergovernmental arrangements not fundamentally affecting domestic affairs.

And it is no surprise that ‘Brexit’ and legal ‘Polexit’ should be simutaneously at issue: the UK and Poland have particularly fulfilled the claim by Max Weber that nationalists believe their imagined community to have a providential ‘mission’ on Earth as a ‘chosen people’—even though this cannot, by definition, be true of all ‘nations’ at once.

Realisation of that mission, inevitably, is only feasible if the ‘nation-state’ embodying the people is able to exercise untrammelled ‘sovereignty’ in the wider world—however globalised and interdependent that world might be. Any supranational arrangements, especially should these take precedence over domestic governance, are then anathema.

Frost told the Tory party conference last week in Manchester that the ‘long bad dream’ of EU membership was over and that ‘the British renaissance has begun’. Outside the conference hall, fuel shortages and empty shelves, due to the unavailability of EU migrant labour, told a different story.

But then real-world forces don’t tend to respect such grandiose ideological claims. Since Brexit at the turn of the year, there has been a fundamental realignment in Ireland, towards the ‘island economy’ advocated by the progressive Northern Ireland public official George Quigley in the 1990s.

Ireland’s Central Statistics Office reported last month that, compared with the same period in 2020, imports from Northern Ireland had jumped by 60 per cent to €2.1 billion, while exports the other way had also risen sharply, by 45 per cent to €1.9 bilion. Imports from Great Britain had meanwhile dropped by 32 per cent.

At a fringe meeting in Manchester, Frost recognised that supply chains were being ‘reordered quite quickly’ in terms of trade between the two parts of the island. Remarkably, he concluded that ‘that’s one reason why we can’t wait very long’ for change to the protocol.

A veteran Europhile journalist, who reported from Belfast in the 1970s, dryly commented: ‘Fascinating that Northern Ireland being effectively in the single market and customs union—as agreed by Lord Frost—is working so well it must be stopped.’ 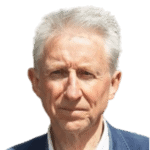